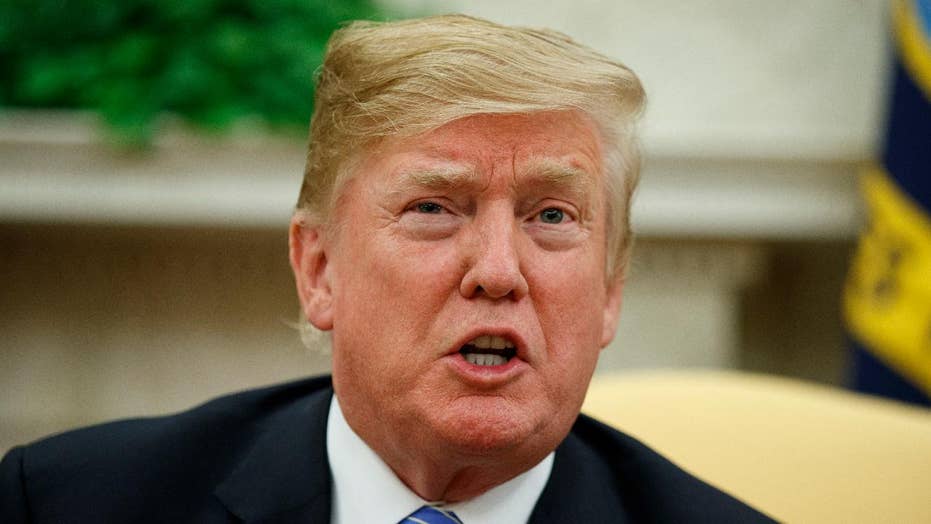 Rational politicians seek to maximize their chances of re-election. Donald Trump is no exception to the rule.  His approach to choosing a successor to Supreme Court Justice Anthony M. Kennedy will reveal much about how he intends to win in 2020.

Choosing a Justice combines a mix of electoral math, ideology, and political compromise.  Although improving electoral chances will seldom be the only factor in a politician’s decision-making, it will usually be a highly significant, perhaps the dominant, one.  And when it comes to selecting the next nominee, President Trump will surely consider the effects of his choice on the electoral prospects of himself and his party.  If he wants to prove his 2016 victory was no fluke, he will pick a woman serving as a judge in one of the populous Midwestern states.

Going with region or diversity

The first strategy is the most traditional one:  pick a nominee who will have special appeal to a particular constituency, region or interest.  Using judicial appointments to build a geographic political coalitions has a long and distinguished history, from George Washington to Thomas Jefferson to Abraham Lincoln.   More recent presidents have appointed judges to broaden their appeal to critical ethnic, religious, or gender groups.  Dwight Eisenhower followed this approach in his 1956 re-election campaign, when he picked a little-known state court judge, William Brennan, to bolster support from Catholics on the East Coast.  Similar considerations underlay Richard Nixon’s nomination of a Southerner, Lewis Powell, and perhaps Ronald Reagan’s choice of the first woman, Sandra Day O’Connor, and first Italian-American, Antonin Scalia, to the Court.

President Trump will pay even more attention to geography than recent Republican presidents because of the nature of his 2016 victory.  Trump lost the popular vote by about 3 million, but won a healthy Electoral College majority of 304-227 because the college assigns votes to states based on the total of their members of the House and Senate (giving smaller states an advantage) and the states’ winner-take-all elections (which favors winning states by small majorities).  In particular, Trump prevailed because he barely flipped several Midwestern states – Michigan, Wisconsin, and Pennsylvania – that had not voted for a Republican for seven straight elections, and decisively won other battlefield states – Iowa, Indiana, Missouri, and Ohio – that had been in play in the past.  Trump won’t win re-election unless he can repeat his Midwestern success.

Many Trump voters in 2016 supported him mainly because they believed that he would “save” the Scalia seat, and then go on to change the direction of the Supreme Court as future vacancies arose.

If geography alone drove Trump’s calculus, he would choose a woman from one of the Midwestern states.  Choosing a woman might help win Senate confirmation support from critical Republican senators, such as Susan Collins of Maine, but also help respond to broader political attacks on Trump for his poor treatment of women in private life.  Two candidates on Trump’s Supreme Court list stand out here.  Joan Larsen from Michigan has the virtue not just of being a recent Trump appointee to the federal appellate court, but also having won a seat on the state Supreme Court, which means that a majority of Michigan voters has already voted for her to serve as the highest judge in their state.  Amy Coney Barrett of Indiana just won confirmation to a lower federal appeals court after Democratic attacks on her deeply-held Catholic beliefs – Trump might relish a replay when it comes time to appealing to Midwestern voters.

The second strategy is less orthodox, but perhaps more suited to the specific political circumstances of the Trump presidency:  make an ideological choice.  Trump may simply be uninterested in a nominee’s race, gender or region.  Instead, he may want a nominee in the mold of his successful (with conservatives) choice of Justice Neil Gorsuch.  A nominee who could be presented as similar to Gorsuch – an originalist and textualist judge who is critical of the expanding administrative state – would intensify the loyalty of all sorts of conservatives to Trump.

Trump has already made a nod in this direction by publicly stating that he would pick from a list of candidates assembled during his presidential campaign.  It is no secret that the Federalist Society, a conservative network of lawyers led by Leonard Leo, and the Heritage Foundation, one of the leading conservative think tanks in Washington, D.C., vetted most of the names on the list.  In fact, Trump astutely announced the candidates during the 2016 primaries, and has so far lived up to promises to appoint a conservative judiciary, to win the support of religious conservatives.  Even if Trump has no deeply-held constitutional philosophy of his own, he will seek to keep his commitment to his most loyal core of supporters, who believe that the Supreme Court is the only route to achieve their agenda on abortion, gay marriage, and religion.

If Trump pursues this approach, he might choose a nominee with a long record of conservative achievement, with little regard to electoral advantage.  Utah Senator Mike Lee would fit the bill here – he has impressed many conservatives with his deep knowledge of the Constitution, and he has clerked for Supreme Court Justice Samuel Alito.  It is fair to say, however, that Utah won’t make much of a difference in 2020.  Another nominee in this vein might be Brett Kavanaugh, who sits on the federal appeals court in Washington, D.C. (often referred to as the second most important court in the land), and is probably the favorite among conservative Court-watchers and inside-the-Beltway conservatives for his vigorous challenges to the administrative state.

It is also essential to remember that Trump will be making his choice under the lingering (if shortening) shadow of an impeachment threat.  Many Trump voters in 2016 supported him mainly because they believed that he would “save” the Scalia seat, and then go on to change the direction of the Supreme Court as future vacancies arose.  Trump’s choice of Gorsuch gratified those voters, and the nomination of someone with a similar judicial philosophy would bind them to Trump even more tightly.  As long as Trump retains this bedrock support, the chances that he will be impeached are virtually nil.  But if Trump disappoints them in the selection of a successor to Justice Kennedy, who was long the swing vote on a divided Court, they will begin to waver.

Going for the middle ground

The third strategy would be to pick a nominee who could be branded as a “centrist.”  President Obama tried (and failed) with this approach in nominating Judge Merrick Garland.  After the failure of his first two nominees (Robert Bork and Douglas Ginsberg), President Reagan fell back on this strategy in nominating Anthony Kennedy.

Trump has just met with a group of GOP and Democrat senators who pressed this course on him.  Given how slender the Republican majority in the Senate is, Trump or his advisers may lean toward this approach.  Best of all (from this angle) would be the choice of a “stealth” nominee, who could be packaged as non-committal on issues like abortion, but who would deliver for conservatives once on the Court.

But that is a high-risk approach, as President George H.W. Bush’s choice of Justice David Souter demonstrated.  If Trump’s choice turns out to be another Souter, conservatives will be unforgiving.  Moreover, Democrats are sure to attack almost any Trump nominee, however “centrist,” as a foe of Roe v. Wade.  Worst of all, Trump will have blown his once-in-a-generation opportunity to refashion the Supreme Court.