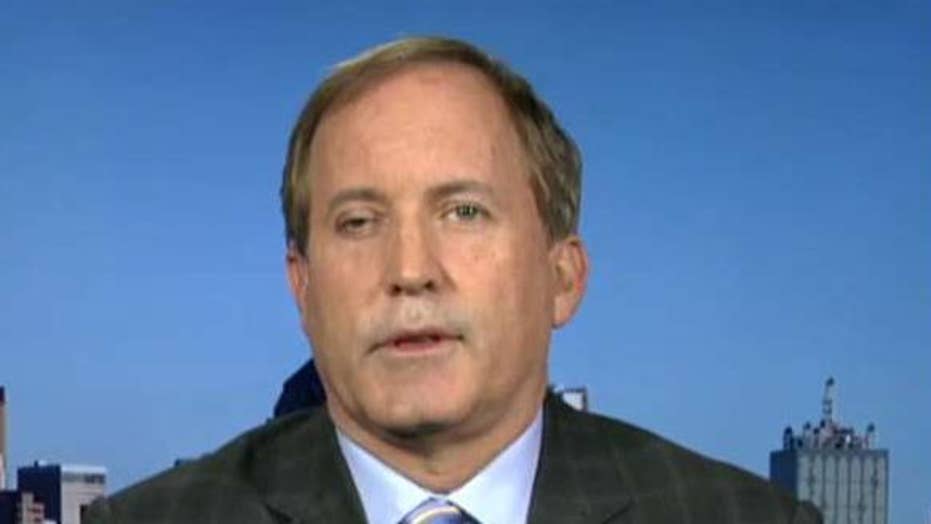 Texas Attorney General Ken Paxton reacts to a gunman being quickly shot and killed by parishioners after opening fire on a church service.

The attack on the West Freeway Church of Christ reminds us of an important truth that too many still deny:

Concealed-permit gun holders save lives. And in today’s world, they and their weapons should be welcomed in churches and other houses of worship.

Within seconds of the shooter opening fire on the Texas congregation Sunday, he was shot dead by two parishioners with concealed handgun permits. Four other parishioners had their concealed handguns drawn, ready to respond. The attacker killed two congregants before he was taken down, but the death toll could have been much higher.

“The citizens who were inside that church undoubtedly saved 242 other parishioners, and that might get swept aside,” said Jeoff Williams, a regional director with the Texas Department of Public Safety. “It was miraculous. The true heroes in all this are the people who were sitting in those pews today and responded, the immediate responders … it was truly heroic.”

“Today evil walked boldly among us,” Tarrant County Sheriff Bill Waybourn said at a press conference. “Let me remind you, good people raised up and stopped it before it got worse.”

Sunday’s shooting demonstrated yet again that there are simply too many targets for police to be able to protect everyone. It’s also not realistic to keep terrorists and criminals from getting weapons. The war on guns has been as much of a failure as the war on drugs. There is simply no backup plan when background checks fail to stop killers from buying weapons.

When Texas Gov. Greg Abbott signed a law earlier this year making it easier for people to carry guns with them into places of worship, former Vice President Joe Biden criticized the action. “It is irrational, with all due respect to the governor of Texas, it is irrational what they’re doing on the same day you see a mass shooting … and we’re talking about loosening access to have guns,” Biden said.

It’s hardly irrational. Permit holders have stopped dozens of would-be mass public shootings in malls, churches, schools, universities and town centers. Gun control advocates raise the alarm that a permit holder will accidentally shoot a bystander or a police officer responding to reports of a mass shooting will accidentally harm a permit holder. This has never happened in a mass public shooting.

But there are many examples of permit holders saving lives by stopping church attacks:

In Antioch, Tenn., on Sept. 24, 2017, Emanuel Kidega Samson shot one person and injured seven others. But the attack could have been much worse. Samson was slightly injured when a 22-year-old usher, Robert Engle, tried to stop him, which gave Engle a chance to retrieve his permitted concealed handgun from his car. Engle went back into the church and held the attacker at gunpoint until police arrived.

In Aurora, Colo., on April 24, 2012, Kiarron Parker crashed his car into other vehicles in a church parking lot and opened fire on congregants as he exited his vehicle. Parker killed one person before being shot dead by a parishioner who was an off-duty police officer.

In Spartanburg, S.C., on March 25, 2012, a gunman kicked open a church door and pointed a shotgun at the pastor and his congregation. Parishioner Aaron Guyton, a concealed weapons permit holder, got the drop on the man and held him at gunpoint while two others held him down. Sheriff Chuck Wright called Guyton and others at the church “everyday heroes.”

These incidents and Sunday’s attack on a congregation in White Settlement, Texas, clearly demonstrate that fears about permit holders are unjustified. They are incredibly law-abiding individuals who took action in an extraordinary situation. And they didn’t accidentally shoot any bystanders. It’s too bad the congregation meeting in the rabbi’s home in Monsey, N.Y., on Saturday didn’t have similar protection.

Attacks become massacres when there's no one to fight back. If churches are gun-free zones, their parishioners become targets of those who simply do not obey the laws. Permit holders should be able to bring their guns to churches and other houses of worship. They should be able to protect their fellow congregants.