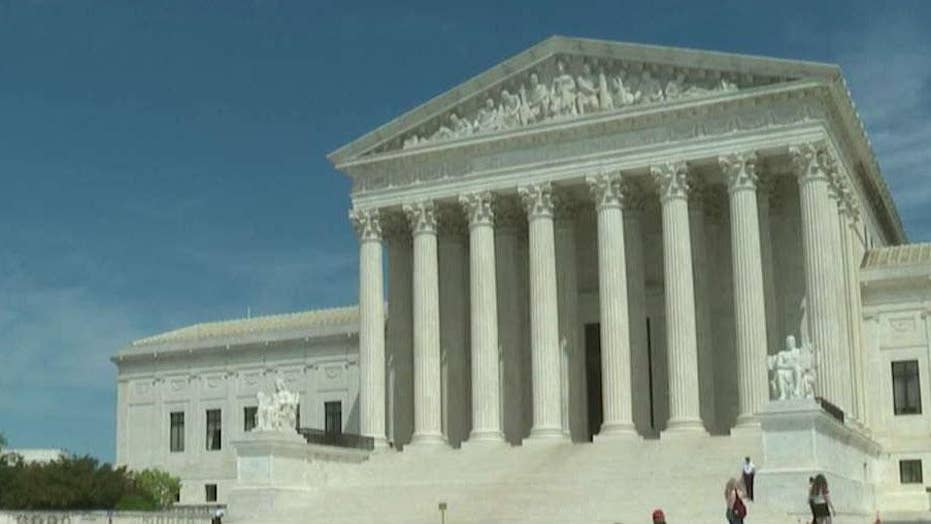 “When in the course of human events it becomes necessary for one people to dissolve the political bands which have connected them with another." Thus begins the American Declaration of Independence, and it lays claim to the fact that the "people" of the United States are distinct from "peoples" elsewhere.

Further, the legitimacy of government is rooted in the consent of the people to be governed. Therein lies the fundamental fact of citizenship.

The Supreme Court should remember these facts when it rules on pending litigation over whether to include a question about citizenship on the next census.

CARRIE SEVERINO: CENSUS CONTROVERSY REFLECTS 'ATTEMPTS TO PUSH BACK ON THE VERY CONCEPT OF CITIZENSHIP'

The Constitution, too, recognizes these basic propositions. Section 2 of the 14th Amendment provides, "Representatives shall be apportioned among the several states according to their respective numbers, counting the whole number of persons in each state, excluding Indians not taxed."

Why exclude "Indians not taxed"? Because they were not citizens, which is to say, not part of the body politic giving their consent to the government. Representatives were, therefore, to be chosen by “the consent of the governed,” to return to the phrase used by the Declaration, and allocated based on the population (“persons in each state” to be so governed.

Citizenship is thus at the core of representation. It is therefore not surprising that a question about citizenship status was part of nearly every decennial census conducted from 1820 to 1950; that it was asked on the long census form from 1960 to 2000; and that it has been part of the annual American Community Survey ever since that survey’s inception in 2005.

To be sure, the Constitution says to count "persons," though the qualifier "in the states" might well be properly understood to limit that to citizens. We would not, for example, count every "person" who just happened to be visiting "in the states" when the census was conducted such as would have been the case if the 1984 Los Angeles summer Olympics (with its record-setting attendance of 5.8 million) had instead been held in 1980. To include those “persons” in the census would have given to California several additional seats in Congress and presidential electoral votes.

That has changed in recent decades, however, as the scope of non-citizen population, and particularly illegal immigration population varies dramatically from one state to another and even from one congressional district to another.

Dilution of voting rights of citizens is also at the heart of the litigation over Commerce Secretary Wilbur Ross’s decision to restore a citizenship question to the Census — a question that had been removed from the 2010 Census during the Obama administration. Citizenship data is extremely helpful to voting rights litigation, but the Annual Community Survey simply does not provide data at a precise, precinct level to be of much use. The decennial census, sent to every household, would.

Those challenging Ross’s decision have hypothesized that some households with non-citizens residing there (particularly those not lawfully present in the United States) would not return the census form if it included a citizenship question, and that would lead to an undercount that would skew representation.

This speculation piles inference upon inference that is unlikely to have the kind of impact the challengers claim, particularly in light of the Census Bureau’s long-standing historical practice of extensive follow-up efforts to ensure as accurate a count as possible.

What is really at stake, then, in the litigation pending before the Supreme Court, is a challenge to the basic concepts of sovereignty, of citizenship, and of the consent of the governed. The rank partisanship of the challenge to Secretary Ross’s decision to restore a question about citizenship, so that the data necessary to determine not just the fate of future voting rights litigation but of basic representational government cannot be obtained, should be seen for what it is and handily rejected.

The social compact of "We the People," the foundation of our system of government, demands no less.

Dr. Eastman is the Chairman of the Board of the National Organization for Marriage.  He is the Henry Salvatori Professor of Law and Community Service at the Dale E. Fowler School of Law at Chapman University, and the founder of the Claremont Institute's Center for Constitutional Jurisprudence, co-counsel with the ActRight Legal Foundation on the NOM v. IRS litigation.