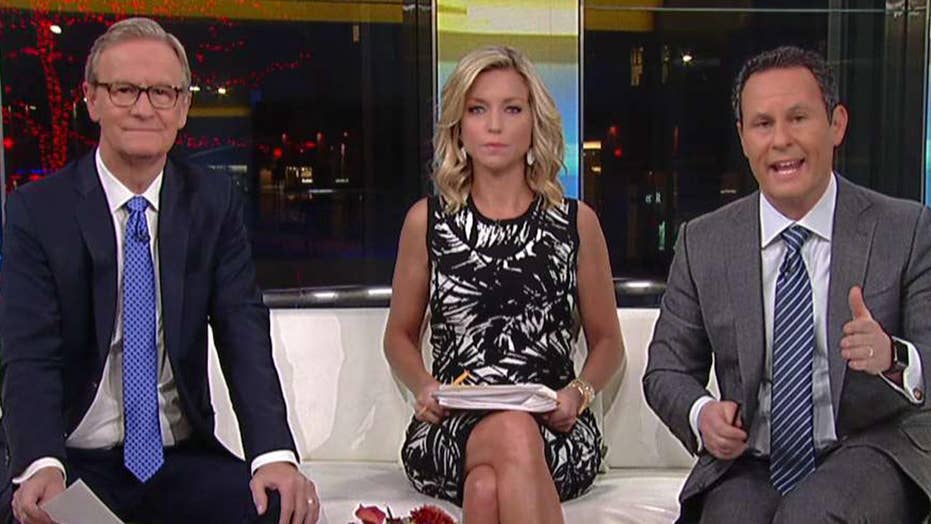 Even in defeat, the biased prosecutors hired by Special Counsel Robert Mueller are still trying to keep the witch hunt against President Trump going.

According to The New York Times, special counsel investigators are frustrated by Attorney General William Barr's description of their findings and are voicing “simmering frustrations” that Barr’s summary did not portray the president in a more negative light.

Basically, they’re upset with Barr for not playing his role in Robert Mueller’s final act — the plot to leave Democrats with enough ammunition to undermine the investigation’s findings by refusing to definitively rule out the possibility that the president obstructed justice.

JOE DIGENOVA: RUSSIAGATE WAS A HOAX PERPETRATED AGAINST THE AMERICAN PEOPLE

While Mueller’s report made it clear that there was no collusion between the Trump campaign and Russia, his team apparently hoped to induce a repetition of fired FBI Director James Comey’s infamously unprofessional takedown of Hillary Clinton. By refusing to reach a conclusion about obstruction and leaving that determination to Barr, they set the stage for politicians to parse through the minutiae of the report and spin the details to suit their partisan purposes.

Don’t forget that Mueller’s team included more than a dozen registered Democrats, several of whom have donated money to Democratic candidates — including Hillary Clinton.

This same team wiped clean nearly 20,000 text messages from the iPhone of fired FBI Agent Peter Strzok — the lead Russia investigation agent prior to the appointment of Mueller as the special counsel.

Strzok said he would “stop” Trump from being elected and had devised “an insurance policy” with his mistress Lisa Page and FBI Deputy Director Andrew McCabe in case Trump won the election. This was before turning the iPhone over to Justice Department Inspector General Michael Horowitz, who recently confirmed that his office is still investigating possible abuse of the Foreign Intelligence Surveillance Act by the Justice Department and FBI.

Mueller’s team also included rabid partisans such as Andrew Weissmann, who attended Clinton’s election night party, and Jeannie Rhee, who served under Obama administration Attorney General Eric Holder and represented the Clinton Foundation in a 2015 racketeering lawsuit. Both of those individuals came to the special counsel’s office with longstanding reputations for using the sort of aggressive and unscrupulous tactics that Mueller employed against the victims of his witch hunt.

Having failed to find evidence that incriminates the president or his associates, Mueller’s team of biased investigators tried to use Attorney General Barr as a Comey-like puppet to tarnish Trump’s reputation.

Remember that this is the same group of people who orchestrated a real-life scene that wouldn’t have seemed out of place in a Hollywood crime thriller. CNN cameras were already in place as more than two dozen FBI agents stormed onto former Trump campaign adviser Roger Stone’s property with guns drawn as they executed a pre-dawn raid.

How did CNN know? According to the reporter at the scene, it was just “reporter’s instinct” based on careful observation of activity at the special counsel’s office. If that’s true, why did the FBI reject an open-records request from The Federalist for emails sent to or from CNN the day of the raid at Stone’s home?

Having failed to find evidence that incriminates the president or his associates, Mueller’s team of biased investigators tried to use Attorney General Barr as a Comey-like puppet to tarnish Trump’s reputation. That gambit failed, so now their only recourse is to vent their frustrations to the sympathetic ear of The New York Times.

Given the Mueller team’s record of dishonesty and bias, their innuendos simply don’t deserve any credence.