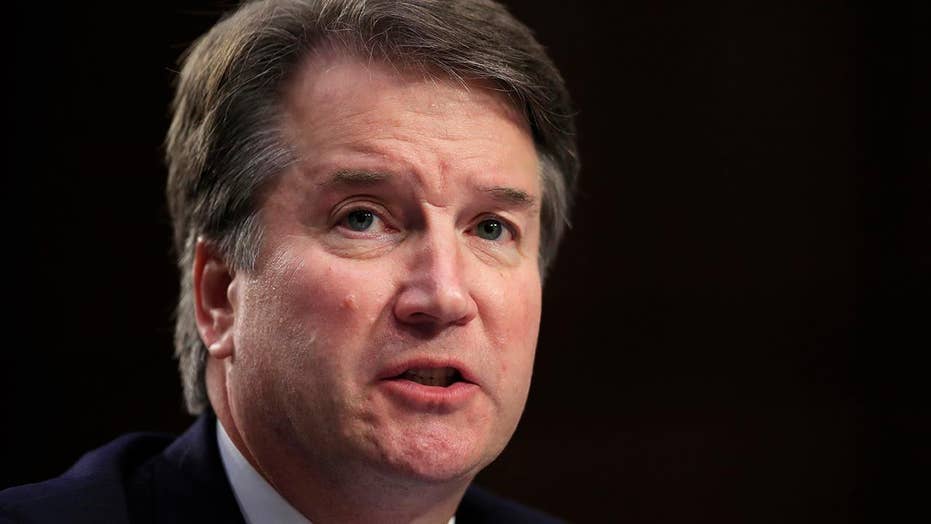 Kavanaugh and accuser to testify before the Senate

For the first time since President Trump nominated Judge Brett Kavanaugh to the Supreme Court, Kavanaugh’s confirmation is in serious doubt.

I’m certainly not alone in having been surprised by these recent developments. I’ve been arguing for many weeks that Brett Kavanaugh – currently serving on the U.S. Circuit Court of Appeals for the District of Columbia – would be confirmed, like most honest brokers out there.

I wasn’t sure how many red state Democrats would support Kavanaugh at the end of the day, but it wasn’t out of the realm of possibility that he’d glide through his confirmation with 54 or 55 votes in the Senate.

It would be very difficult for Sens. Heidi Heitkamp of North Dakota, Joe Donnelly of Indiana, or Joe Manchin of West Virginia to justify their votes to confirm Neil Gorsuch to the Supreme Court, but then not vote to confirm Kavanaugh. Gorsuch and Kavanaugh are cut from the same conservative cloth, after all.

Watching Republican Sens. Susan Collins of Maine and Lisa Murkowski of Alaska navigate the tricky waters of paying lip service to protecting a woman’s right to choose a legal abortion under the Supreme Court’s 1973 Roe v. Wade decision – while supporting a man apt to roll back that right – was going to be interesting. And it certainly was. But those two senators felt like a lock for Kavanaugh from the get-go.

Professor Christine Blasey Ford’s account of an alleged assault by a 17-year-old Brett Kavanaugh in the early 1980s at a house in a Maryland suburb of Washington was difficult to look away from.

We know this because a majority of Republicans wanted to look away when the news broke, preferring to cocoon themselves in the shelter of Kavanaugh’s days as a girls’ basketball coach, golden boy at Yale Law School and role model for many of his law students who were Hillary Clinton supporters.

We read accounts from feminists who backed Kavanaugh. And Republicans even got a letter signed by 65 women saying they knew him in high school and he was a really good guy (it should be noted that not all these women are standing by their letter).

But now Ford has a letter with even more signatures than Kavanaugh’s supporting her and will get her chance to tell her story on Monday in front of the Senate Judiciary Committee.

This wasn’t the outcome Ford wanted. She wanted to remain anonymous and implored Sen. Diane Feinstein. D-Calif., to keep her letter confidential. No such luck there, as is the case with most things in Washington.

I can’t imagine what it feels like to be Ford – not today or for the past 30-plus years, if the allegations are true. Her personal information has already been publicized and smear campaigns mounted.

It is my hope, though, that Ford takes comfort in knowing that she did exactly what she should’ve done for our sake and that we arrived at the right outcome: a Senate hearing.

It is also my hope that Kavanaugh and GOP supporters learn a lesson in this about how to treat an alleged victim of sexual assault.

Kavanaugh – or his PR team – showed a tremendous lack of judgment and decency in issuing a blanket denial without any gesture towards understanding and validation of Ford’s experience. There is a way to say that while you may not have any memory of this, Ford is not a liar who created a scandal for the sake of it or, worse, for partisan reasons.

Sen. Orrin Hatch, R-Utah, proved himself as out of touch as ever with his comment that “this woman, whoever she is, is mixed up.”

No one who took the time to know who Professor Ford is or read her account would make a public statement calling her “mixed up.” We have yet to see what the hearing Monday will yield, but I sincerely doubt that anyone in the room will see her as the one who is confused.

The White House is much better off with Kavanaugh defending himself. It must have caused President Trump great anxiety having to address these claims without going to his default position: the woman is a liar.

I continue to be heartened by the fact that we, as a society, have decided that we believe women. That doesn’t mean that an alleged victim’s account is the be-all and end-all, but ignoring women is no longer an acceptable option.

I look forward to hearing what Ford and Kavanaugh have to say next week, as well as a world where I never hear about that “mixed up” woman again.