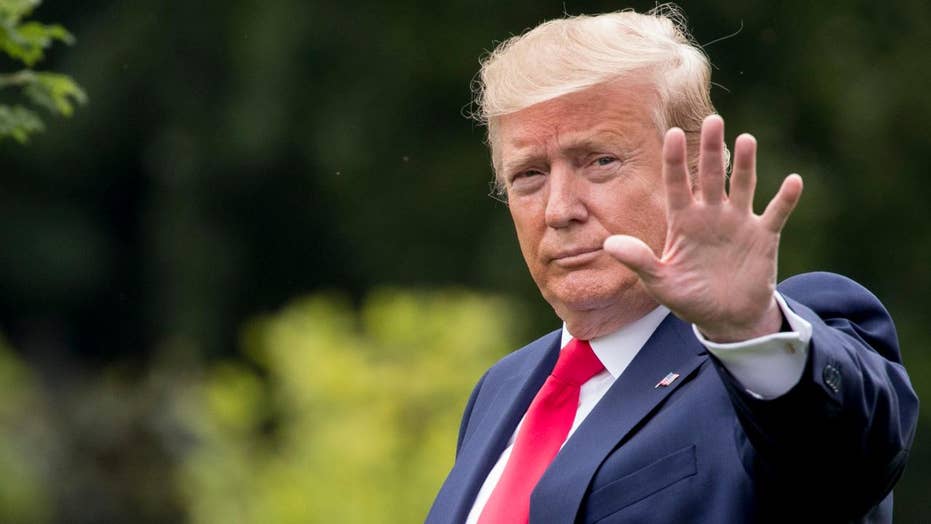 With a robust economy, most people would think it would be nearly impossible to defeat an incumbent president – and it should be under normal circumstances. But circumstances we are living under today are unfortunately far from normal.

President Trump – whose frequently criticized conduct and lies have become part of our daily lives – and his administration are giving Democrats a gift like we’ve never seen. That gift is something that was lacking during the 2016 election cycle, when Hillary Clinton got over 3 million more votes than Trump but lost the election as a result of his victory in the Electoral College.

The Trump team has gifted the Democratic Party a unifying message of restoring integrity to public office and law and order, even for those at the top. No one – even President Trump – is above the law, even though the president doesn’t seem to understand that.

The concept of corrupt machine politics, with high-level officials who act like crime bosses, was once something that was believed to be a characteristic of local Democrats in major cities.

However, the Trump administrations has all of the trappings of the “Godfather” novel and films, including high-powered attorneys who disrupt investigations, cronies who are willing to fall on the sword for the boss, and children who are entrenched in the family business.

Trump doesn’t stand among them because he hasn’t been criminally indicted. Fortunately for Trump, the Justice Department Office of Legal Counsel has determined that a sitting president can’t be indicted for a federal crime.

More than 800 former federal prosecutors – including Republicans – have signed a letter stating: “Each of us believes that the conduct of President Trump described in Special Counsel Robert Mueller’s report would, in the case of any other person not covered by the Office of Legal Counsel policy against indicting a sitting President, result in multiple felony charges for obstruction of justice.”

Apparently, because of this policy, the report by Special Counsel Robert Mueller failed to recommend charges against the president regarding allegations that he obstructed justice in trying to interfere with the investigation of Russia’s meddling in our 2016 presidential election.

The candidate who emerges as the Democratic nominee for president from a crowded and talented field will make an argument for a scandal-free White House, respecting Congress as an equal branch of government as the Founding Fathers intended, and returning to honest respectful discourse and law and order.

Instead, Attorney General William Barr wrote in a letter to members of Congress: “Deputy Attorney General Rod Rosenstein and I have concluded that the evidence developed during the Special Counsel’s investigation is not sufficient to establish that the President committed an obstruction-of-justice offense.”

There you have it. Barr – a political appointee made attorney general by Trump after Trump forced the resignation of Attorney General Jeff Sessions because Sessions wouldn’t act like the president’s defense attorney – knows he has to defend Trump or he’ll lose his job.

As for claims that Trump or his campaign colluded with Russia to put him in the White House, the Mueller report concluded that the Mueller investigation “did not establish that members of the Trump Campaign conspired or coordinated with the Russian government in its election interference activities.”

Nevertheless, while President Trump has been pretending that “no collusion” and “no obstruction” have been unquestionably established, he is certainly not acting like an innocent man with nothing to hide.

In fact, Trump’s move to exert executive privilege to stonewall legitimate congressional inquiries – refusing to provide documents and seeking to block witnesses from testifying before Congress – has all the marks of a mob boss trying to enforce a code of silence.

The president’s divisive tweeting and even racial and ethnic insensitivity probably would not have motivated or energized the Democratic base to hit the polls in sufficient numbers to send him into retirement, especially when the economy is adding jobs and wages are rising slightly.

Being opposed to the epidemic of corruption that has infected the Trump presidency is common ground between moderate liberals and progressives, between young and old, and between rural Democrats and urban ones.

But Trump’s disgraceful conduct, unprecedented rejection of traditional norms of behavior for an elected official, and defiance of congressional oversight make a mockery of Republican claims to be the party of law and order. The Democrats are now that party. That should convince some Trump voters from 2016 to abandon the president.

Trump and Attorney General William Barr could easily turn the tables on congressional Democrats by actually giving them what they want – let witnesses testify and provide documents. But the president refuses to do that, fighting every congressional subpoena, and insisting on keeping his tax returns secret.

Why? What does President Trump have to hide? No one forced him to run for president. When he became a candidate and then became president, he gave up some of the privacy that ordinary citizens enjoy.

Disagreements among Democrats over controversial proposals like reparations for descendants of enslaved people, universal basic income, “Medicare-for-all” and raising taxes on the wealthy once threatened to divide the party faithful.

However, being opposed to the epidemic of corruption that has infected the Trump presidency is common ground between moderate liberals and progressives, between young and old, and between rural Democrats and urban ones.

The candidate who emerges as the Democratic nominee for president from a crowded and talented field will make an argument for a scandal-free White House, respecting Congress as an equal branch of government as the Founding Fathers intended, and returning to honest respectful discourse and law and order.

The person in the best position to show why the Democratic candidate should be elected is Donald Trump. He gives us more reasons to replace him every day.