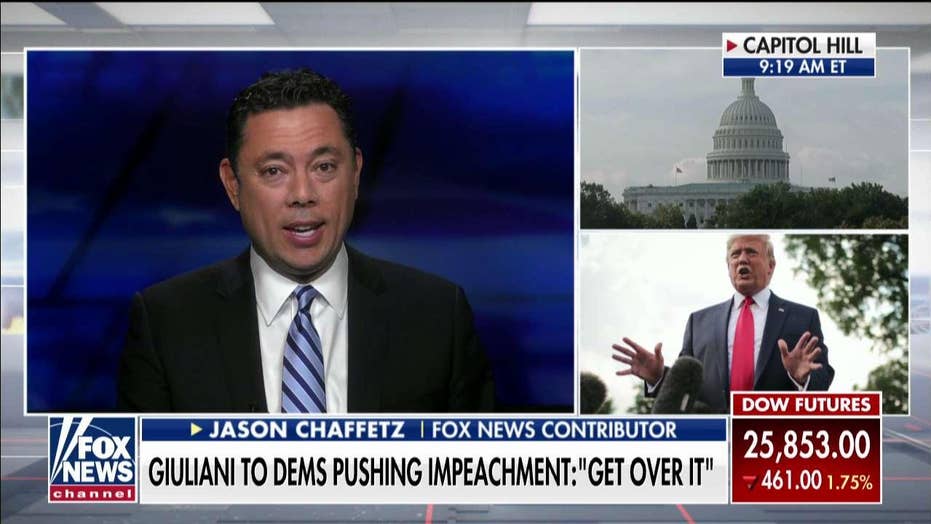 The Democrats have decided that to save democracy they must subvert it. To protect free speech, they must silence it. To fend off fascism, they must practice it. To promote good public policy, they must resist it. To uphold the rule of law, they must violate it.

In an era of deep polarization, there are still some things most Americans can agree on. Democracy, as Americans have always practiced it, is good. Free speech is important. Fascism is bad. Good public policy is crucial. The rule of law must be protected.

But on each of these fronts, the Resistance to President Trump is failing America. If you want to know what Democrats are up to, just look at their accusations against their political adversaries. They practice what they preach against. It's called projection and it's happening on a daily basis.

In my upcoming book – “Power Grab: The Liberal Scheme to Undermine Trump, the GOP, and Our Republic” – I expose the many ways Democrats and the Trump Resistance can be characterized by the very attributes they decry. Far from defending what they refer to as "our democracy," they have embraced an agenda to undermine it.

Proposals to eliminate the Electoral College, pack the Supreme Court, federalize local elections, subvert basic rights and undermine the practice of federalism are not coming from the right. These proposals, which would fundamentally change our form of government, are all coming from the left.

Even as members of the Resistance decry President Trump's criticism of the news media as an attack on free speech, they are busy defending and practicing speech restrictions that look more fascist than any opinion the president has expressed.

Those on the left defend or deny the suppression of conservative speech by technology companies. They celebrate the conversion of objective news to political activism and punish news organizations that deviate from progressive orthodoxy.

Earlier this month we saw a Democratic House member publicly dox those who donate to President Trump, resulting in harassment to lives and livelihoods. Businesses like Soul Cycle and Equinox have become the subject of boycotts for merely having an investor who donates to the president's campaign. All of this has a chilling effect on free speech.

The Institute for Free Speech said in a statement: "For advocacy groups, unions, and trade associations, several of the limits proposed in H.R. 1 would operate as a total ban on speech."

The bill empowers the head of the Federal Election Commission to act as a sort of speech czar and allows for partisan control of that body. Who are the real authoritarians?

Meanwhile, public policy has gone by the wayside. Fearful that President Trump may get credit for solving problems, House Speaker Nancy Pelosi, D-Calif., has refused to bring even the most bipartisan bills up for a floor vote.

For example, the United States-Mexico-Canada Trade Agreement (USMCA) languishes in the House despite strong support and great economic need.

Instead, Pelosi has eight House committees investigating allegations against President Trump. Despite help from a cooperative Deep State willing to defy the law to surveil the Trump campaign, leak classified information, and cover-up wrongdoing by Obama administration appointees, Pelosi has yet to make anything stick.

The solutions to our problems are not found in resistance and division. They are found in the very document upon which the country was built. Hallmarks of our democracy like federalism, the Electoral College, the Bill of Rights – all of these are designed to enable a diverse people to self-govern under a small federal government and empowered states.

The United States Constitution must be defended and preserved if we are to practice E Pluribus Unum – out of many, one.