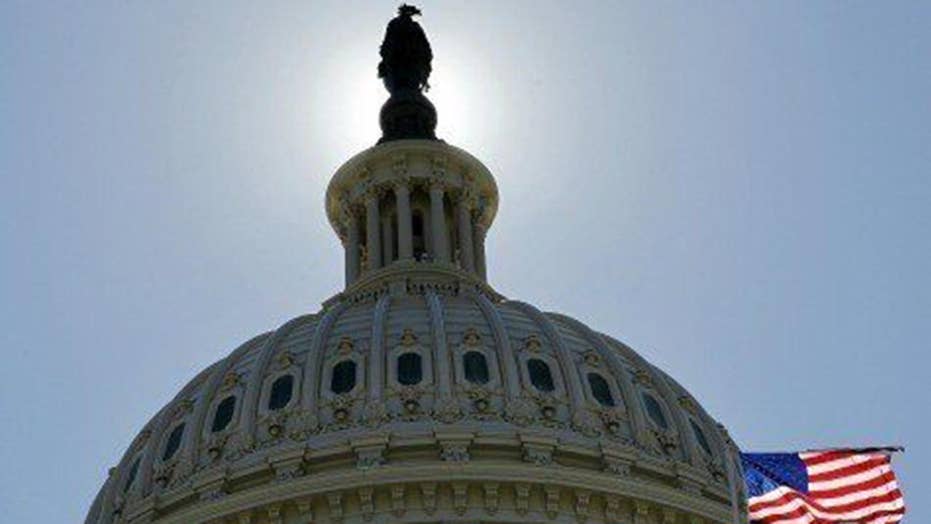 Jason Chaffetz: Things Congress should do, but won't

Former Utah congressman Jason Chaffetz speaks out on 'Hannity' about actions Congress should take now to truly do the work of the American people.

Congress is on the clock.  Time is ticking.  Here are ten actions Congress should take now to truly do the work of the American people, but they won’t.

1.    DOJ Conflicts of Interest:  Chairman Grassley, Chairman Goodlatte, Chairman Gowdy, and Chairman Johnson, who preside over House and Senate Judiciary and Oversight matters, should convene a joint hearing to facilitate public testimony from Special Counsel Robert Mueller and Deputy Attorney General Rod Rosenstein.  They should be asked to explain and clarify the numerous visible and apparent conflicts of interest on Mueller’s team, including their own.

2.    Second Special Counsel:  Upon the release of the upcoming DOJ Inspector General Report, the House Judiciary Committee should move to formally demand the appointment of a Special Prosecutor to join the IG in further investigating warranted matters with power to prosecute those who have violated the law.

3.    Answers from the FISA Court: The House and Senate Judiciary Committees should call the FISA Court judges before Congress to offer public testimony about the process and the specific case of Trump campaign surveillance.

4.    Subpoena Compliance:  House and Senate Judiciary should call Attorney General Sessions to testify about all outstanding Congressional subpoenas and why the DOJ has not yet complied.

5.    Border Security:  The Homeland Security Committee, Judiciary Committee and Oversight Committee should continue to hold numerous hearings on securing our borders and fortifying them with a wall.  Pass legislation allowing the president to reallocate funds from Department of Defense.

6.    Testimony from Mayor Libby Schaaf:  Oakland Mayor Libby Schaaf should be called to testify before Congress to defend her decision to protect criminals and endanger federal law enforcement.  She should have to raise her right hand and testify under oath before the American people.

7.    Facebook/Twitter hearings:  Facebook’s Mark Zuckerberg and Twitter’s Jack Dorsey should be called to testify in person before Congress about their speech suppression practices.  Having made the American people their product rather than their customer, they should be required to answer for the commercial and political use of personally identifiable information.

8.    Reform the Broken Budget Process.  Congress should kick off a serious effort to reform the broken budget process with a joint hearing.  House Speaker Paul Ryan and Minority Leader Nancy Pelosi, along with Senate Majority Leader Mitch McConnell and Minority Leader Chuck Schumer should be made to testify before a joint budget committee chaired by the House and Senate.  Those four people should be asked to publicly testify and explain what went wrong with the budget process and how they’re going to fix it.  They should publicly debate the solutions and defend their positions.  House Budget Chairman Steve Womack, R-Arkansas, and and Senate Budget Chairman Mike Enzi, R-Wyoming, should preside over the hearings.

9.    Balanced Budget Amendment.  Give the states the opportunity to vote on whether Congress should be subject to balancing the federal budget.  We will never reign in spending until the American people have to pay for what we’re actually spending.  There are several drafted amendments to choose from.  If two-thirds of the states want Congress to balance the budget, then they’ll have a mandate to do it.

10.  Confirm Trump Appointees.  The U.S. Senate should refuse to recess until all the president’s appointees have been voted on.  Inexplicably, there are 160 nominations in committee and another 199 pending on the Senate calendar.  Congress should put an end to the delay tactics of the Senate minority.