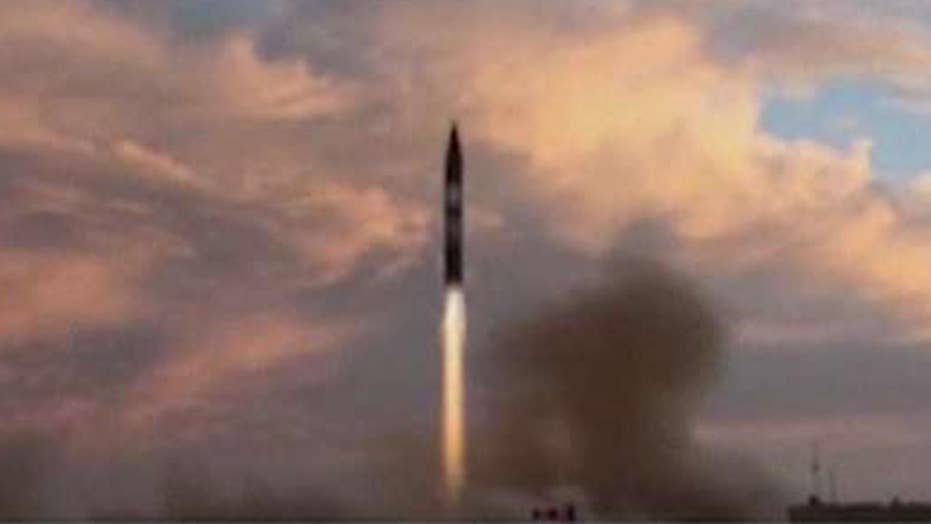 Iran fires missile ahead of meeting on nuclear waivers

National security analyst Walid Phares says Iran wants to ensure that the countries they control are in line.

So far the Trump administration has been as dependable as a Rolex. When global actors threaten American interests, Trump takes notice. Washington then pressures with one hand and offers an off-ramp with the other.

Iran is a case in point. Secretary of State Pompeo just renewed the U.S. offer to renew negotiations without preconditions. He even offered to jump on a plane to Tehran. Only time will tell if they take him up on his offer.

But will Iran ever ask? 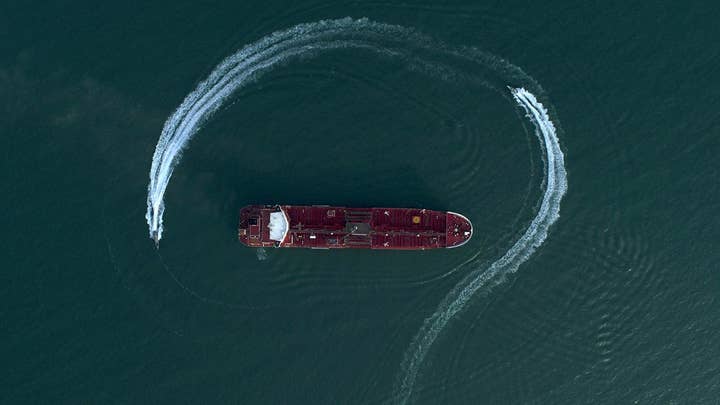 For starters, the situation in the Gulf looks more stable than it did a week ago. That shouldn’t be surprising. Granted, some pundits couldn’t wait to proclaim that DEFCON 5 was just around the corner. But both the U.S. and Iran have stated publicly and repeatedly that neither are up for armed conflict. It’s often wise to give more weight to the pronouncements of officials in the know than pundits in the studio.

What seems to interest Tehran most right now is keeping its options open. Last week the regime seized a British-flagged tanker and declared its intent to increase its uranium enrichment program. Both moves seemed born of the desire to strengthen its position for future negotiations.

Iran also announced it is holding “constructive” talk with the Europeans over JCPOA – the Obama era nuclear deal from which the U.S. withdrew last year. Clearly, the regime is looking to gain leverage with places like Berlin and Paris in these talks as well.

At the same time, however, Tehran did some major finger-waving, warning the Europeans not join in an international effort to help police the Strait of Hormuz.

Iran will likely fail to keep other nations from joining the U.S. in countering the threat of Iranian piracy in the Gulf. Moreover, it is quite likely that, following Brexit, the new British government under Boris Johnson will switch sides on the Iran Deal and side with the U.S. in side-lining the agreement.

Iran doubtless is closely watching U.S. domestic politics. Even as they map out plans for four more years of dealing with Trump, they surely are hoping that impeachment or some other crisis will distract or weaken the administration in the near term and produce a more compliant administration in 2021.

Also under Tehran’s microscope: U.S. negotiations with North Korea and the Taliban. The mullahs are looking for signs that Trump’s attention span for complex, protracting foreign policy conundrums will wane and lead to the U.S. walking away from its responsibilities.

The negotiations with Kim are particularly relevant. If the North Koreans can snooker Trump into a deal where they get to keep their nuclear weapons, then the Iranians might conclude they can play rope-a-dope with the White House as well.

In contrast, if the U.S. president drives a hard denuclearization bargain with North Korea’s Dear Leader, then Tehran will know that they are really up against it. Since Pompeo just announced there are no plans right now for a third leader summit with North Korea, it does seem Trump, at least for now, is sticking to his hard bargaining position.

Talks with the Taliban hold the mullahs’ interest for other reasons. There is not yet consensus within the administration on how to proceed in Afghanistan. Some want to convince the president to find an excuse to cut and run. Others argue nothing – certainly not U.S. interests – will improve if the Taliban is allowed to run amok again in Afghanistan.

What all sides do agree on is that way forward requires a political settlement – one can be and will be enforced and which has the support of the Afghan people.

The Iranians are watching to see what kind of deal Trump holds out for. If he stays committed to a tough and enforceable settlement, they will have to treat Trump as a formidable negotiating opponent. If he folds in Afghanistan, they’ll draw a different lesson.

Don’t expect Iran to rush to the negotiating table, but clearly, they are thinking, planning and plotting for the day they might have to. Pompeo probably won’t have to pack for a trip to Tehran anytime this year. But flight plans are always subject to change.