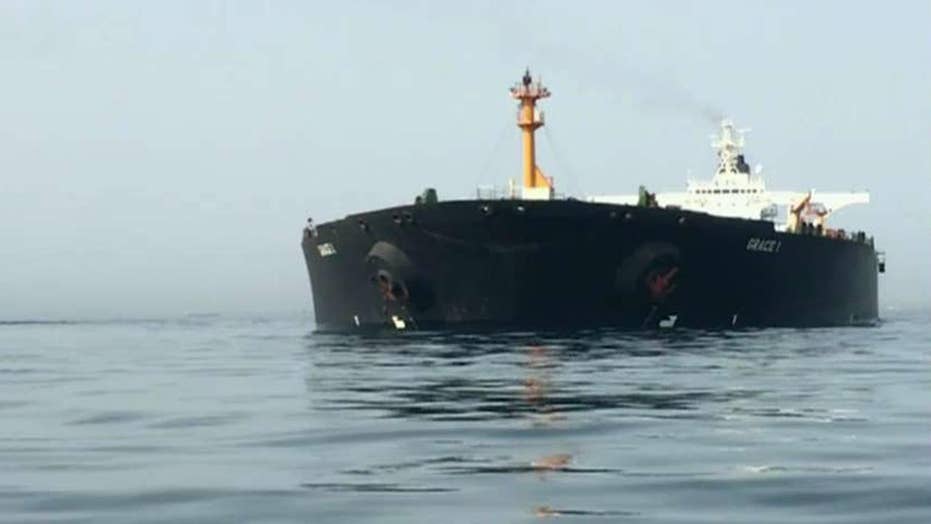 What are Iran's intentions?

Retired Colonel Chris Gibson comments on the mounting tensions between the West and Iran as Tehran holds a seized tanker.

Within just months of the signing of the nuclear accord in 2015, Iran was making a mockery of it by firing at least six ballistic missiles. And Israeli Prime Minister Benjamin Netanyahu provided strong evidence that Iran was cheating long before inspectors from the International Atomic Energy Agency (IAEA) revealed that Iran had surpassed uranium enrichment levels provided by the agreement.

Knowing that the Iran deal was not permanent, but would expire in 2025, President Trump’s goal has been to get a better deal and ensure that Iran doesn’t get a nuclear weapon. The White House position has been that maximum pressure will continue until its leaders alter their course of action.

US WARSHIP MAY HAVE DOWNED SECOND IRANIAN DRONE IN STRAIT OF HORMUZ, OFFICIALS SAY 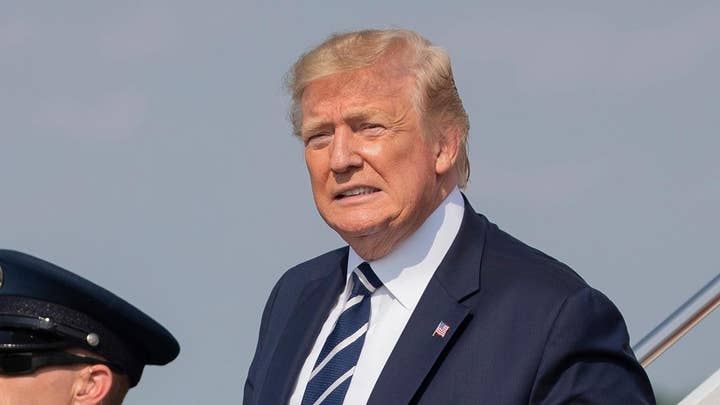 President Trump has shown great restraint to this point. He knows his sanctions are working, but has properly positioned military assets in the region to protect U.S. military personnel and ensure the Strait of Hormuz remains open.

Europe, because of the range of Iran’s ballistic missile capability, has been much more vulnerable to the Iranian threat. Iran’s continued bad behavior is slowly causing our European allies to see Iran for what it is. And the recent appointment of former Virginia Governor Jim Gilmore as U.S. Ambassador to the Organization for Security and Cooperation in Europe has been one of President Trump’s best national security picks. A former Army intelligence officer who chaired a congressional advisory panel on how to respond to terrorism involving weapons of mass destruction, he’s the right person to convince our European allies to join our maximum pressure campaign on Iran.

It’s important to remember there’s a huge disconnect between the Ayatollah and his henchmen who rule the country, and the Iranian people.

The sanctions and maximum pressure campaign are forcing the Islamist regime to focus on its own problems. For years, Iran has been one of the chief enablers and financiers of the North Korean nuclear and ballistic threat. Now, with 50 percent inflation and food prices that have risen 85 percent, Iran does not have the excess cash it used to have to engage in mischief.

Sen. Marco Rubio said it best when he called Iran “a terroristic regime that needs to be reigned in.” Iran’s actions have resulted in 11 Arab countries calling it a state sponsor of terrorism at the United Nations.

In my book, "The New Terrorism: How to Fight It and Defeat It," I write that “growing and sustaining energy production is the key to a strategy of starving Islamists of funding.” The United States is now the world’s largest producer of oil and gas. Countries like Iran can’t blackmail us anymore. The U.S. is holding the cards.

To this point, the U.S. has made the right moves with regards to Iran. What we do next will be absolutely critical.

It’s important to remember there’s a huge disconnect between the Ayatollah and his henchmen who rule the country, and the Iranian people. Reza Pahlavi, the son of the late Shah of Iran, has been an outspoken proponent of a democratic Iran. In his book, "Winds of Change," he notes that after the September 11, 2001, terrorist attacks on the United States, Iranians gathered in large numbers and held candlelight vigils while chanting slogans in support of America. As expected, the Islamist regime cracked down on the people.

And remember the 2009 Iranian protests where hundreds of thousands took to the streets? Some six U.S.-based Farsi speaking satellite TV stations had had a profound impact, especially on the Iranian youth, by exposing them to western values and ideals  We need to do what we can to recreate that situation. Let’s up the pressure on the Ayatollah and his stooges and communicate directly to the Iranian people with more Farsi speaking programming on Alhurra (satellite TV channel funded by U.S. Government) and other media platforms.

Lech Walesa, the former President of Poland, and leader of Poland’s “Solidarity Movement” which brought down communism had great praise for President Ronald Reagan and his similar strategy of communicating directly to the Polish people and bypassing the state-controlled and censored network. Reagan had increased funding for Voice of America, Radio Free Europe, and Radio Liberty. As Walesa, the 1983 Nobel Peace Prize Winner said, “It is not conceivable that it would have happened so quickly and so effectively if not for Voice of America.”

The world is beginning to see Iran for the brutal terroristic regime that it is. The United States has made all the right moves to this point.  Dusting off the old Reagan playbook on Poland and communicating directly to the Iranian people can help the Iranian regime to feel the heat at home and force them to do a better nuclear deal for the free world. And, executing the Reagan playbook might work for the Iranian people just like it did for the people of Poland.