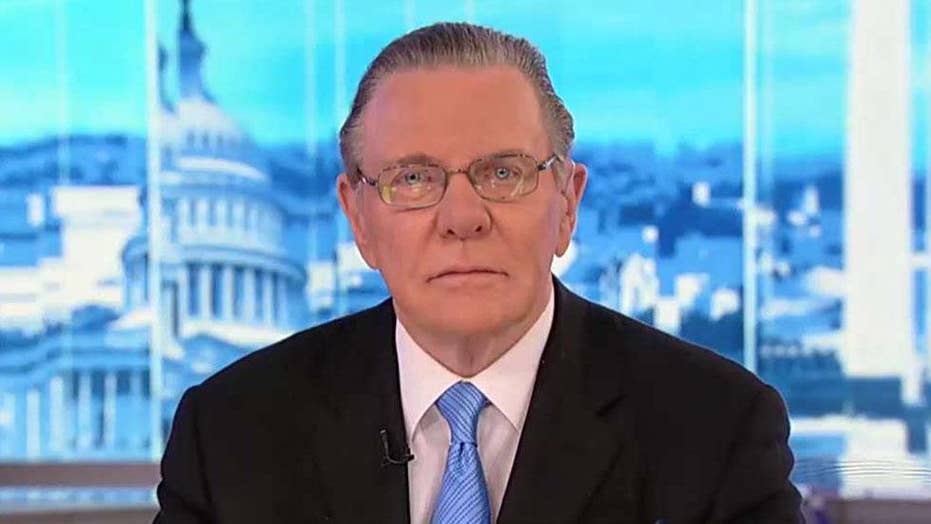 There are no do-overs in history. No president can change the past. Nor can blood and treasure spent be recovered.

Veterans thinking about America’s next steps in Afghanistan realize this. But many also think about the Afghan children they saw going to school for the first time. They think about the women who had the courage to come out of the shadows.

And they think about the enemies they fought. Our veterans don’t want to see those enemy forces unleashed on Afghan women and children again. And they certainly don’t want to see our enemies emboldened to strike out against America again.

Bottom line: The men and women of the U.S. military who served in Afghanistan don’t want to see all they fought and sacrificed for washed away in a sea of blood. For their sake, as well as for the sake of the Afghan people, let’s hope the next step America takes in its quest for peace in that woebegone country is the right one.

But seeing the job through in Afghanistan is the right thing. Job No. 1 there is not “endless war,” but to continue doing enough to ensure that the country does not again become a home base for global terrorism. Our presence there can also keep Afghanistan from becoming an unrestricted war zone that spreads instability throughout the region.

A collapsing Afghanistan could become a flashpoint between nuclear-armed Pakistan and India. A meltdown in Afghanistan could exacerbate the tension over Kashmir. At a time when the U.S. is working more closely with India in dealing with an unruly China, the last thing we need is to have India distracted with a mess in its own backyard.

Whatever deal the peace negotiations may produce, the U.S. must assure that it retains the capacity and capability to continue to support the Afghan military, to promote a fair and transparent political process, and to hunt and kill global terrorists.

The allied military action in Afghanistan has made a world of difference. Before 9/11, the Taliban controlled 90 percent of Afghan territory. Last year, only 11 percent of the population remained under their thumb. Nearly two-thirds now live in government-controlled areas, where adults are free to vote and girls can go to school. This is a huge improvement, well worth sustaining.

And this improvement has been and can be sustained without Washington big-footing it. Our troops’ mission is now primarily to advise and assist, while the Afghan military carries the brunt of the fighting. The U.S. presence in Afghanistan has been reduced by more than 80 percent in the last five years, and we now spend less than a sixth of what we did at the peak of our involvement there.

This is not meant to paint a happy face over the situation. Last weekend’s suicide bombing in Kabul that killed dozens and injured hundreds was a stark reminder that murderous fanatics remain active. The fact that the attack was apparently spawned by a local ISIS affiliate reminds us that Afghanistan is plagued by more than just the Taliban and Al Qaeda remnants. More than 20 terrorist groups operate there.

But we should temper our expectations about how much can be accomplished through peace talks with the Taliban.

Yes, the White House should be commended for establishing a diplomatic track and entering direct peace negotiations with the Taliban. But soft power alone won’t soften Taliban leaders, nor will their signature on a piece of paper guarantee that they’ll relinquish ties with global terrorists and narco-traffickers.

Whatever deal the peace negotiations may produce, the U.S. must assure that it retains the capacity and capability to continue to support the Afghan military, to promote a fair and transparent political process, and to hunt and kill global terrorists.

Those three conditions are necessary to protect U.S. interests. Without them, there is every chance that if the U.S. pulls out of Afghanistan, everything will fall apart. That’s what happened when Obama bugged out in Iraq. That allowed the “JV” ISIS to create a caliphate sowing death and chaos in Syria and Iraq, and terror attacks in the U.S. and throughout Europe.

What will be Trump’s next step in Afghanistan? We know that he dearly wants to wind down the U.S. presence there. But we also know that he doesn’t want to give ISIS, Al Qaeda or any of the other Afghan “JVs” space to grow.

Twice in recent days, the president has noted that, even after the troop withdrawal, it will be necessary to keep some intelligence and other counterterrorism assets on the ground in Afghanistan. As he said recently: “That does seem to be the Harvard University of terrorism. So we’ll always have someone there.”

Here’s hoping the president finds the right path to peace – one that safeguards the long-suffering Afghan people and our own country, which has sacrificed so much on their behalf.