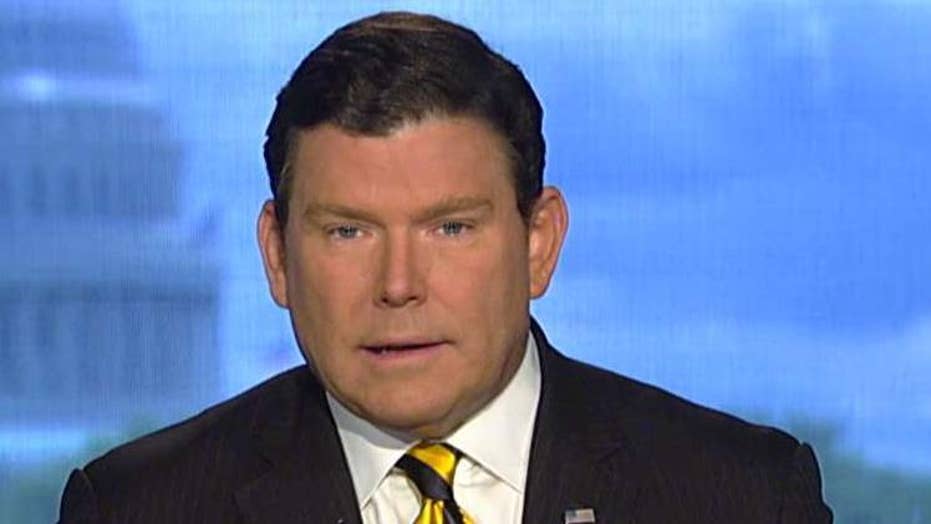 Forget who sits on the Iron Throne. Over the weekend, we learned why the right leader is in the White House.

On Saturday, Secretary of State Mike Pompeo delivered remarks at the Claremont Institute. His talk didn’t make any breaking news. Yet Pompeo offered by far the best explanation of how President Trump sees the world and America’s place in it.

Trump’s critics are blindly obsessed with hating Trump. They have never allowed themselves to seriously consider the alternative — that his statecraft is sound.

In fairness, Trump makes matters easy for them. His over-the-top rhetoric leaves the foreign policy class distraught and distracted, like the guy who shops at Brooks Brothers wearing crocs and parachute pants.

Viktor Orban’s visit to the White House this week is case in point. The prime minister of Hungary might not be everybody’s favorite world leader, but — and this is a big but — he is a freely and fairly elected democratic leader of a NATO ally. His country is part of the community of Europe, in one of the most important parts of Europe. When Trump welcomed him to the White House, critics made it sound as if the president had not only invited Hannibal Lector to the Oval Office for lunch but had asked him to make lunch.

Trump’s style of statesmanship is anything but normal. But in practice, his policies look a lot more like a return to normal diplomacy.

Not one critic paused to consider the alternative: that there was a good reason for the meeting. Trump could have spared himself the aggravation. He didn’t need to put the target on his forehead. But he took the meeting any way. He did so because he knew it was what a statesman ought to do.

Nothing could be more destructive to the NATO alliance than treating an allied head of state like a second-class ally who isn’t worthy of walking the White House red carpet. NATO isn’t a tiered community where some countries count more than others. Trump made such a big deal about burden-sharing because he insisted that other nations be treated like partners (and act like them), not junior partners-partners. In this White House, you don’t have to be Macron or Merkel to merit a handshake.

A coward would have dodged the meeting and spared himself the political pot shoots. Trump took the meeting because Hungary is a worthy and important ally. That’s what statesman do.

This is where Pompeo’s speech is so helpful. His unpacking of Trump offers a fulsome explanation of the value of what Trump has accomplished in jettisoning “political correctness” from foreign policy. What’s correct in foreign affairs is not what pleases the cocktail crowd, but what is right for America’s interests.

The timing of Pompeo’s speech will also elevate its historical worth. Anyone in the administration could have made the same speech two years ago. The critics would have been equally dismissive, but their critique would have had more bite. Trump had no track record to be measured by. Today, however, his team has two years of working the fields of foreign policy. The critics are still unimpressed, but their critique is easier to shrug off.

Pompeo took the time to walk through each of America’s major competitions, from Russia and China to North Korea and Iran, and explained what the administration is doing and why. He delivered a cogent explanation not only of how the White House is safeguarding us, but of how it is serving the mutual interests of friends and allies, in addition to honoring America’s commitments to freedom and liberty on the global stage.

The most telling part of Pompeo’s speech was when he put the Trump presidency in context, explaining how American foreign policy had drifted off course. He pointed out what the critics fail to remember — this all happened before Trump’s first tweet.

“We had lost sight of respect,” Pompeo said, “not for other nations, but for our own people and for our ideals. We cozied up to Cuba. We struck a terrible agreement with the Islamic Republic of Iran that put the regime’s campaigns of terrorism and proxy wars on steroids. And many of our leaders were more eager to delight the Davos crowd than champion the principles that have made us the greatest nation that civilization has ever known.”

Trump’s style of statesmanship is anything but normal. But in practice, his policies look a lot more like a return to normal diplomacy — one that puts faith and responsibility in America to look after America’s place in the world.