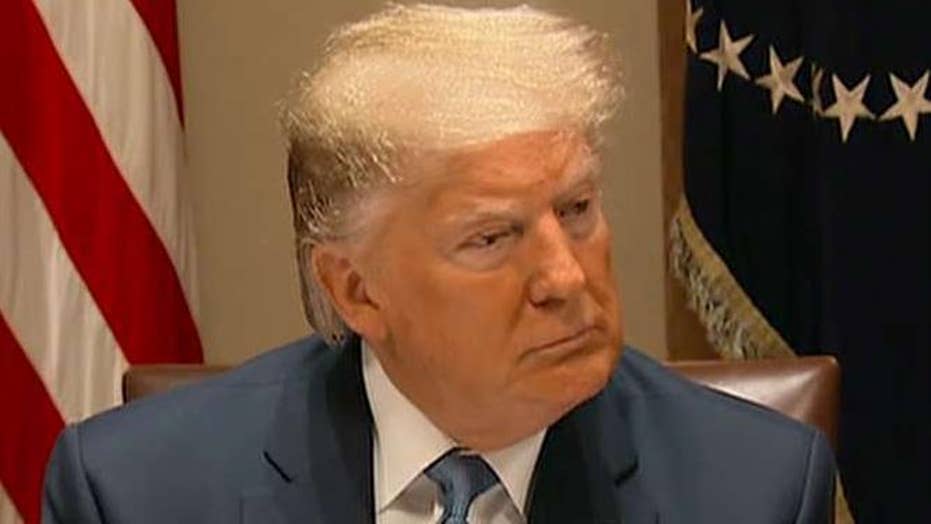 What a difference a decade makes.

In 2010, we got the Arab Spring and Obamacare. Neither turned out as well as we had hoped.

We got iPads, iPhone 4 and Angry Birds. Tech has definitely moved on.

LEE EDWARDS: 4 MOST IMPORTANT LESSONS OF COLD WAR – AND WHY THEY ARE IMPORTANT TODAY

What about America’s foreign policy? It had its ups and downs. Here is a list of the top 10 foreign policy hits and misses of the decade.

After coming into office, one of President Obama’s first big foreign policy challenges was to decide what to do about the war in Afghanistan. In 2010, he surged U.S. forces, turning around a rapidly deteriorating situation. Equally important, he started a transition from an American-led effort to building an Afghan military that could take up the responsibility for defending the Afghan people. President Trump has followed through. and after this next drawdown, U.S. force levels in Afghanistan will be about what they were when Obama left office.

Overall, the U.S. effort in Afghanistan has served American interests well. The region is far more stable now. The Taliban are not winning, and the Afghan government seems in no danger of collapse. The likes of al-Qaeda and ISIS no longer can use it as a sanctuary or a platform for global terrorism. As long as this condition prevails, we win.

You could make a case that invading Iraq was the wrong move. And there’s an even stronger case to be made that the subsequent occupation — poorly planned and sloppily executed — was even worse. Yet the situation Obama inherited there in 2008 was at least manageable. Unfortunately, he made it worse.

He made no serious effort to get a status of forces agreement to keep U.S. troops in the country. Instead, he rapidly withdrew American forces and influence in 2011, triggering a free-for-all that ended in political fragmentation, the rise of ISIS, the near-collapse of the Iraqi military, and a surge of Iranian meddling. We are still coping with the aftermath.

Obama deserves full credit for taking out the mastermind of the 9/11 terrorist attacks and effectively capping the war on global terrorism. No, the threat of global Islamist terrorism isn’t eradicated completely. But the U.S. has continued to deal with that threat effectively throughout the decade.

After abandoning his famous “red line” in Syria, Obama planned to save face with a lead-from-behind campaign to liberate Libya. So enamored with his light-touch foreign policy, his administration refused to acknowledge, let alone address, a spiraling security situation that resulted in the tragic and needless death of Americans, including the U.S. ambassador. The debacle seemed to make the Obama administration even more risk-averse when it came to standing up for America’s interests around the world.

Obama brokered the Joint Comprehensive Plan of Action, claiming it would solve the problem of Iran as a nuclear threat and instigator-in-chief of Middle Eastern instability. It didn’t. Armed with boatloads of cash and the chaos wrought by ISIS in Syria and Iraq, Iran mobilized its surrogates — Hamas, Islamic Jihad, the Houthi rebels in Yemen, Hezbollah and the Shia militias in Iraq. As a result, the entire region was far worse off when Obama left office than when he was sworn in. And the problems weren’t just in the Middle East. A rising China, a restive Russia, and a belligerent North Korea were also threatening vital U.S. interests — and they continue to do so today.

In 2016, it was hard to make sense of Trump’s “America First” pledge. It may have worked as a campaign slogan, but it told us nothing about his foreign policy. In 2017, he published a sound national security strategy addressing all the big problems, yet folks debated whether the president supported his own foreign policy blueprint.

Folks had a hard time distinguishing between “Showman Trump,” who made all kinds of outrageous public comments for all kinds of reasons, and “Serious Trump,” who delivered sound decisions and policies in America’s interests.

He did himself no favors with his first NATO meeting and a subsequent press conference with Russian strongman Vladimir Putin. Afterward, the administration spent weeks reassuring people that the U.S. wasn’t leaving NATO, lifting sanctions on Russia or selling out Ukraine. Folks had a hard time distinguishing between “Showman Trump,” who made all kinds of outrageous public comments for all kinds of reasons, and “Serious Trump,” who delivered sound decisions and policies in America’s interests.

Trump showed there was a serious leader behind the showman when he doubled down on defeating ISIS as decisively and quickly as possible. So long, risk-averse foreign policy; hello, self-assured, decisive action. The U.S. continues to press a global campaign against Islamist terror threats, most notably by hunting down Baghdadi, the head of the crushed caliphate, and bin Laden’s son.

By pulling out of the Intermediate-Range Nuclear Forces Treaty, Trump served notice that the U.S. was now committed to facing the world’s problems rather than turning a blind eye to them.  The Obama administration had tried to ignore Putin’s cheating; Trump just pulled the plug.

It wasn’t the only stiff-arm the U.S. gave Russia. Trump gave arms to Ukraine, increased military support to Europe, kept up the sanctions on Moscow and backed NATO enlargement. He did exactly everything Putin hated.

That tough love approach carried over elsewhere — from Iran to North Korea (“maximum pressure”) to Beijing (trade war and more). His basic message was simple: America is a pushover no more. After three years, it was clear Trump had a solid plan for dealing with problems around the world.

While Trump’s policies had more hits than misses, not so his rhetorical talents. His explanation of the U.S. response to Turkey’s incursion in Syria created chaos. While the predictions of disaster were proved wrong, much of the outrage and anxiety could have been avoided by responsible explaining.

You know that Trump rocked it at the NATO meeting because the best his detractors could muster was “small ball” carping. In contrast, his accomplishments were real: promoting increased investment in NATO, focusing attention on the China threat, and emphasizing the strategic importance of space. Trump has pressed our allies to do more, even as he has led the U.S. to strengthen our own military and increase military sales to allied and friendly nations — in every key theater.

Adding up the plus and minuses, it is hard to argue the U.S. isn’t better off than when the decade began. While Trump doesn’t earn Obama’s style points, he has done more to keep America free, safe and prosperous — and it doesn’t look like impeachment is slowing him down.