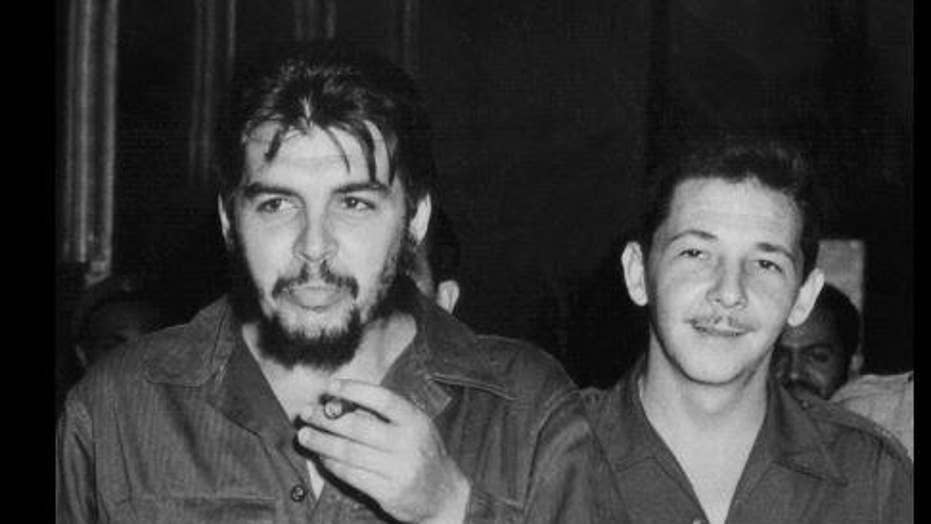 I have so many reasons to describe any comparison between Che Guevara and Jesus Christ as the most despicable, ignorant act that any human being could do.

David Kunzle, a professor at the University of California-Los Angeles, likened Guevara to Jesus Christ, which I can only describe as a malicious attempt to confuse the younger generation. It’s like comparing Charles Manson with Mother Teresa. Where did Dr. Kunzle get his information?

This is the most ignorant statement one could make. What I am about to relate is a personal experience, what I saw Che do with my own two eyes, as I was with Che on a daily basis.

The professor said during a class lecture that “Che Guevara, once the epitome of armed struggle, has evolved to an avatar of justice, peace, and love, as Jesus always was but no longer is exclusively.”

Dr. Julio Antonio del Marmol was part of Fidel's inner circle, and so saw ﬁrsthand the plans the Castros and their friend, Che Guevara, had for the island of Cuba.

Let’s begin with justice, as Dr. Kunzle stated. Che Guevara, if Dr. Kunzle had any knowledge, oversaw the darkest prison La Cabaña in Cuba at the beginning of the revolution. Thousands of men were tortured and executed without trial for the sole crime of disliking communism and being against the Castro regime.

Guevara personally mutilated one of my friend’s ears with a bayonet only because of his resistance to Che’s demands.  Che personally masterminded the assassination of President Kennedy with the financial support of the Cuban and USSR’s governments. The “glorious guerilla,” as I discovered when I went through his briefcase, was nothing more than a KGB special agent, planted in Mexico to change the direction of the revolution to communist ideals. This is just the tip of Che’s “justice.”

Peace—he masterminded with the support of the Castro brothers and financial backing of the USSR, mass invasions on the African continent, every Central and South American country and other countries around the globe, spreading death and terror, killing indiscriminately all that opposed them. He created the Tri-Continental Union in Cuba, bringing together hundreds of thousands of men and women and trained them to orchestrate terrorist acts all around the world.

Is this Dr. Kunzle’s definition of peace?

“Love”? Ernesto ‘Che’ Guevara didn’t know the meaning of the word.  He mentioned that he knew from a very early age that women were simply tools to move our lives forward. His own family didn’t care about him. They felt relief when he left Cuba.

Del Marmol wrote a book about the atrocities he witnessed in Cuba as part of Castro's inner circle.

How can that man ever know what love is? He once professed to me that I was like his son, and he still placed a lengthy series of traps before me. Had I triggered any of his traps, I would have ended up in front of a firing squad, if not being personally executed from his own hand as I witnessed him do to his best friend.

I managed to evade them thanks to the excellent training I received by my intelligence advisors and my personal guardian angel—Jesus Christ. I spent so many years close to that incarnation of the Devil that, even today, I still smell the Sulphur in my mind.

Dr. Julio Antonio del Marmol is the son of the principal ﬁnancier behind Castro's Revolution, Leonardo del Marmol. And so it was that, at the age of 12, Julio Antonio became the youngest Commander in the Rebel Army ("el Commandantico") and the Commander-in-Chief of the Young Commandos of the Rebel Army. In this position, he was a part of Fidel's inner circle, and so saw ﬁrsthand the plans the Castros and their friend, Che Guevara, had for the island of Cuba. Julio Antonio, undetected for 10 years, took secrets right out of Fidel Castro's very ofﬁce and transmitted them to U.S. Naval Intelligence at Guantanamo until his cover was blown in 1971. He became the most-hunted spy in all of Cuba, codenamed by Castro himself as "the Lightning."