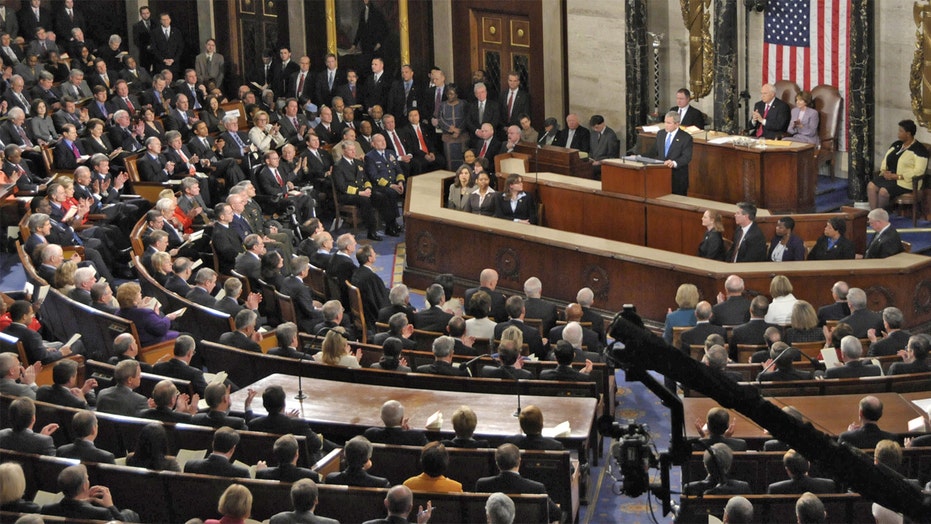 Halftime Report: Will the SOTU finally be interesting?

It’s time to scrap the State of the Union speech.

What was once a useful and, at times, much needed yearly update to the nation and the world has evolved into a partisan, mudslinging sideshow that is not only rarely informative, but now consistently insulting to the goodwill of the American people.

Over the last twenty-plus years, the State of the Union speech has become nothing more than the president of the day – be he Republican or Democrat – addressing a gathering of 535 increasingly petulant children throwing temper tantrums on the taxpayers’ dime.

Now, we have certain Democrat members threatening to boycott President Trump’s State of the Union speech.

What’s next?  Members of Congress saying they are going to hold their breath until they turn blue?

For many years now, every single person in Washington, D.C., has known that the State of the Union address is not only a waste of time, but a complete joke.

If only because of the pouting, peevish and truly disrespectful conduct exhibited by members of Congress during almost every State of the Union address of recent memory, it’s time to retire the in-person delivery.

It’s time to honor the American people and let them in on the joke.

No matter what the voters may think of President Trump, he has cast aside much of the needless and harmful bureaucracy hindering the progress of our nation.  While most presidents would never dream of cancelling the State of the Union address – as it’s really become one massive ego-stroking free-airtime infomercial aired nationally and internationally - President Trump has proven himself to be a non-conformist in so many ways.  The in-person State of the Union address is just one more piece of scrap which he may come to believe has to be tossed into the dustbin of American history.

Again, once upon a time, it was needed.  President George Washington proved that less really is more when it comes to these Congressional sideshows.

President Washington’s second Inaugural Address was only 133 words.  His first State of the Union address was just over 1,000 words.

Article II, Section 3 of the Constitution does mandate that the president “Shall from time to time give to the Congress information of the State of the Union, and recommend to their consideration such measures as he shall judge necessary and expedient; he may, on extraordinary occasions, convene both Houses, or either of them…”

The Constitution does not dictate how that “information of the State of the Union” should be transmitted to Congress.  But it does stress that the president only needs to convene both Houses on “extraordinary occasions.”

State of the Union addresses of late have been anything but “extraordinary occasions.”

That said, President Trump would be well within his rights simply to email his version of the State of the Union to Congress and be done with it.

Imagine.  No more “boos” from the floor of the House of Representatives where the “Joint Session” of cry-babies gather.  No more screamed insults.  No more crossed-arms with frowns.  No more collection of out-of-touch spoiled members of the opposition party refusing to stand when the other collection of out-of-touch spoiled members of the president’s party cravenly jump to their feet for an “in-your-face” staged standing ovation.

The American people would finally be spared from this rude and abusive spectacle forever more.

Even if the elected brats of Congress behaved with the manners and decorum which should accompany their high office, the State of the Union would still mostly be a waste of time.

That’s because, over the decades, every member of the Cabinet has come to demand – or whine – that his or her department must be showcased with various pet and pork projects highlighted.

With that kind of “if that department gets mentioned, mine has to be mentioned” thinking, the State of the Union address has become the platypus of the political literary world.  Various ill-fitting and often unneeded parts pounded together to create an overly-long and torturously delivered hybrid mess.

If only because of the pouting, peevish and truly disrespectful conduct exhibited by members of Congress during almost every State of the Union address of recent memory, it’s time to retire the in-person delivery.

Mail it in, Mr. President.