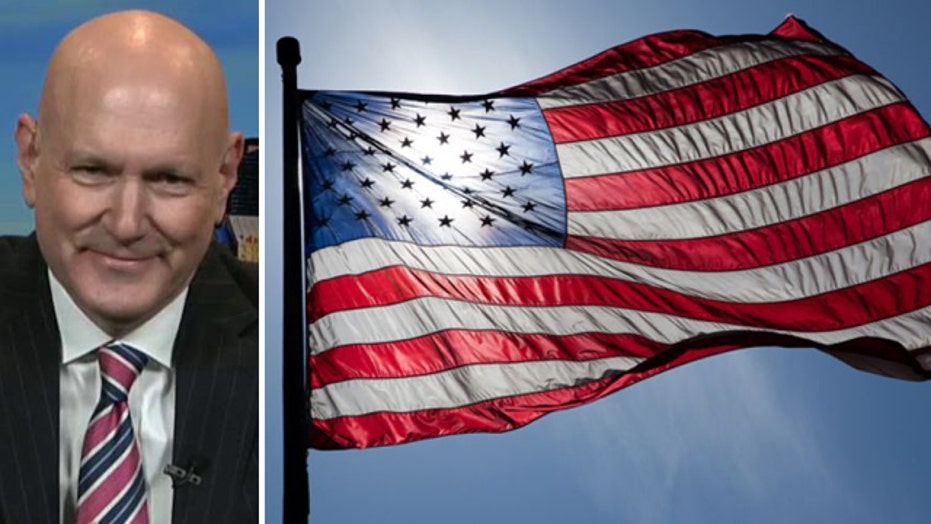 Dr. Keith Ablow: It's time for an 'American jihad'

Among the many definitions of jihad are a "war or struggle against unbelievers" and "a crusade for a principle or belief." Given those definitions, I believe it's time for an American jihad.

An American jihad would reawaken in American citizens the certain knowledge that our Constitution is a sacred document that better defines and preserves the liberty and autonomy of human beings than the charter of any other nation on earth.

The Constitution, along with the miracle of our nation's founding and the providential history of America fighting and winning war after war against oppressive regimes, proves our manifest destiny not only to preserve our borders and safety and national character at home, but to spread around the world our love of individual freedom and insist on its reflection in every government.

We would begin at home, as every great world movement does. We would not only allow, but teach, Americans — including American children — to internalize and project their justifiable feelings of pride in our democracy as superior to all other forms of government. In grade schools we would teach the truth that the founding of our nation and its survival in the face of communism and fascism weren’t just good luck or good planning, but preordained by our commitment to the truth about the essential nature of man. And we would embrace the certain knowledge that history will eventually spread our values all over the globe.

We would tie American aid to incremental changes not just in the attitudes, but in the fundamental structures, of countries. These changes would move those countries, slowly but inexorably, toward reflecting our Constitution in their own charters. We would unabashedly fund pro-democracy movements around the world, partly with government funding and partly with donations from American citizens. Through these donations we would seek to double the budgets of the CIA and our Special Forces, seek to fund an international mercenary force for good and provide our veterans unparalleled health care.

We would urge our leaders, after their service in the U.S. Senate and Congress, to seek dual citizenship in other nations, like France and Italy and Sweden and Argentina and Brazil and Germany, and work to influence those nations to adopt laws very much like our own. We might even fund our leaders' campaigns for office in these other nations.

We would accept the fact that an American jihad could mean boots on the ground in many places in the world where human rights are being denigrated and horrors are unfolding. Because wherever leaders and movements appear that seek to trample upon the human spirit, we have a God-given right to intervene — because we have been to the mountaintop of freedom, and we have seen the Promised Land spanning the globe.

An American jihad would never condone terrorist acts of violence against our adversaries or the targeting of people simply because their beliefs are different from ours. But for those who malignantly demonstrate their intentions to subjugate others, there would be no quarter.

An American jihad would turn back and topple the terrible self-loathing in our citizens set in motion by President Obama, beginning with his "apology tour” — a psychological plague. It would make American pride not only acceptable, but celebrated, again. And, remember, American pride is nothing more than being proud to support truths that are self-evident, irreducible, elemental and inevitable.

We the People of the United States are good and we are right. And we need the spirit of an American jihad to properly invite, intensify and focus our intentions to preserve, protect and defend our Constitution here at home, and to seek to spread its principles abroad.