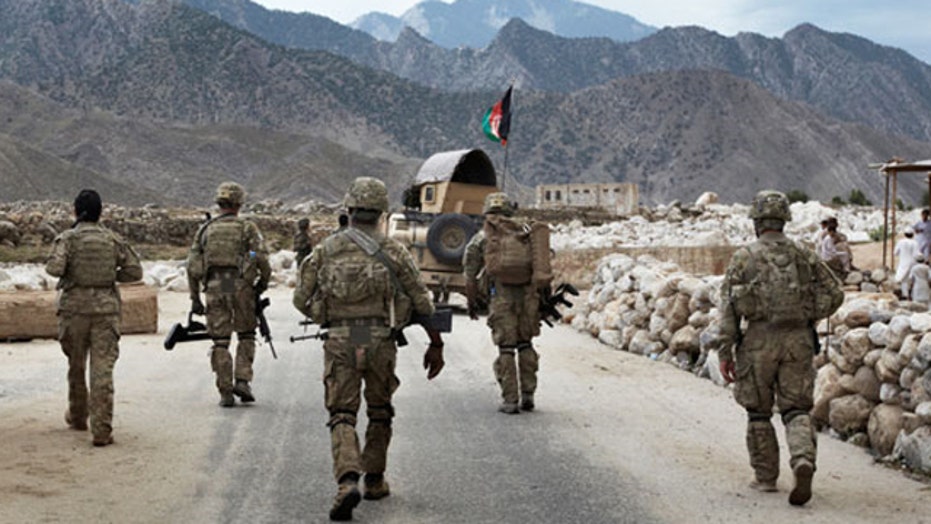 Why boots on the ground may be necessary to defeat ISIS

For the first time in living memory, the worst excesses of Islamic radicalization are clustered together. That wasn’t the case when the West fought the Taliban in Afghanistan. The Taliban used a treacherous geographical landscape to its advantage and preferred to strike our troops with small raiding parties. Nor has it been the case when combating Al Qaeda, which operates in tiny cells and is spread across the world.

But ISIS is a visible army, and at present it is located only in northern Syria and Iraq.

The black-clad ranks of ISIS mobilize in the hundreds and thousands. They advance in columns, using vehicles and tanks. And they attack towns and key installations on foot, using modern infantry techniques.

Mr. Obama’s strategy to combat the ISIS army is to use airstrikes. He is also giving weapons and other equipment to ground units of the Iraqi army and non-extremist Syrian rebels.

He is not alone in doing this. Since Iraqi Prime Minister Haidar al-Abadi begged the world to help him defeat the advancing army, other Arab states have committed to missile strikes against ISIS. Last Friday the British Parliament spent all day debating the conflict before overwhelmingly voting in favor of deploying U.K. fighter planes to target ISIS.

Alongside the United States and other nations, Britain – my country – is once again at war.

But it is a war that’s hiding behind long-range Tomahawk missiles. And it’s one that is taking its lead from Mr. Obama.

Every ISIS soldier needs to be killed or captured. Historically, there has never been a greater case for such an absolute stance. The West has fought dreadful armies in the past. But when those armies were defeated, their soldiers returned home and became peaceful civilians.

However, facing current Western tactics, ISIS members are in a win-win situation. Victory in the region means they can establish their caliphate. Defeat means their surviving members can return home and become terrorists.

The West will suffer in either scenario.

In the debate in Parliament on Friday, nearly every politician reached the same conclusion: Britain must attack ISIS, but there can be no mission creep leading to the deployment of our soldiers on the ground.

And yet nobody seemed willing to articulate why not. Inevitably, it is because they are drawing comparisons to the last Gulf War.

But we are currently facing a wholly different situation. The Iraqi government has asked the West to enter Iraq and demolish ISIS. The last time the West fought in Iraq, it was not by invitation.

Syria has not invited the West into its airspace, but nor is it standing in our way. As repugnant as President Bashar al-Assad’s regime is, it hates ISIS.

The fanaticism and arcane savagery of ISIS supply us with a real opportunity.

Every Sunni wannabe jihadist looks at ISIS with awe. He thinks Al Qaeda is a has-been; that ISIS is the real deal. Like flies attracted to the brightest light, jihadists have been lured out of their homes in England and elsewhere.

As a former counterterrorism operative, I know that when terrorists join terror groups, they become easier to combat. It is the lone bomber who’s extremely difficult to identify and neutralize.

Drawn from all corners of the globe, individuals who would otherwise have been lone bombers or joined small terror cells are instead in a massed ISIS army. We have the chance to obliterate them once and for all.

The problem with airstrikes is twofold. First, knowing with certainty the strike has killed its target. Second, survivors of the strike will scatter and disappear.

Troops on the ground could capture or kill those survivors, and that job is currently given to local Arab forces. The Iraqi army and Syrian rebel militias are brave, but they lack the numbers and experience of Western combat forces. Given Mr. Obama’s current tactics, American and British generals are in agreement that it may take up to three years to defeat ISIS.

If we can’t track jihadists leaving our country, then how can we be sure we can identify and arrest the defeated ranks of ISIS when they flee the region and return home?

According to official government public records, the combined fulltime headcount of U.S., U.K. and French ground troops is more than 800,000. The CIA estimates that ISIS numbers between 20,000 and 30,000 members. The difference in combat effectiveness between Western troops and ISIS is stark. If they confronted each other in Iraq and northern Syria, ISIS could be slaughtered in months, if not weeks.

Mr. Obama’s current strategy of airstrikes may well win battles. But it will lose the war.

Matthew Dunn was a former MI6 officer who worked in hostile locations around the world. He is the author of the espionage novels "Slingshot," "Spycatcher," "Sentinel," "Counterspy," "Dark Spies," "Spy House," and the forthcoming "A Soldier’s Revenge" (William Morrow). For more information visit matthewdunnbooks. You can also follow Mr. Dunn on Twitter @MatthewHDunn and find him on on Facebook.