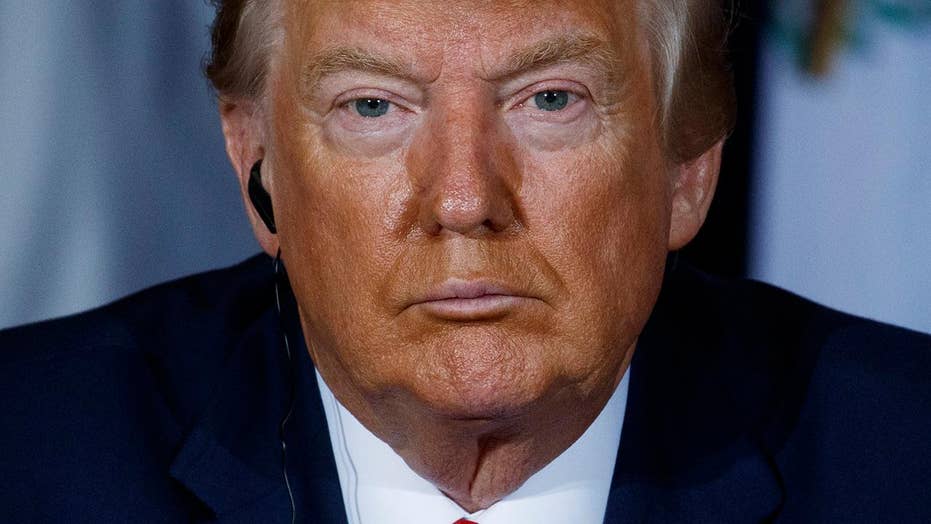 America’s democracy is teetering on edge because of the actions of our seemingly lawless president. The impeachment inquiry House Democrats are undertaking regarding President Trump is a drastic but necessary measure of last resort to deal with a historic crisis that has put our union in peril.

The central question before Congress is whether Trump and future presidents should be considered above the law and free to take any action they deem justified, or whether they must be held accountable for their actions by Congress.

Disgraced President Richard Nixon, who resigned in 1974 to avoid impeachment following the Watergate scandal, famously said to David Frost in a 1977 interview that his actions were justified because “when the president does it, that means it is not illegal.”

In the coming House impeachment investigation of President Trump, both Democrats and Republicans have a solemn responsibility to set partisanship aside, uphold the rule of law and hold him accountable.

This critical task requires a level of patriotism that puts country over party and political wins. House members in both parties should judge Trump based on his actions, not on the fact that he is a Republican or whether they agree or disagree with his policies.

Based on evidence from a White House-released rough transcript of a July 25 call between President Trump and Ukrainian President Volodymyr Zelensky, it seems clear that Trump conditioned nearly $400 million in congressionally allocated military aid to Ukraine on that country's willingness to investigate former Vice President Joe Biden and Biden’s son, Hunter

Disgraced President Richard Nixon, who resigned in 1974 to avoid impeachment following the Watergate scandal, famously said to David Frost in a 1977 interview that his actions were justified because “when the president does it, that means it is not illegal.”

Because Joe Biden is currently the frontrunner for the Democratic presidential nomination to run against Trump in 2020 – and because Trump frequently attacks him in comments to reporters and on Twitter – there is no question that Trump is going after the former vice president to weaken him as a potential opponent.

Despite numerous allegations of misconduct against Trump going back to his days as a presidential candidate, for far too long an impeachment inquiry against him has seemed far-fetched. Conventional thinking supported a prolonged wait for the 2020 election as the first possible time he could be removed from office.

However, the breaking news of this week demonstrates that Trump must be held accountable for his potential high crimes and misdemeanors.

The inquiry into Trump’s behavior is far from a witch hunt, despite the president giving it that label. House Speaker Nancy Pelosi, D-Calif., has launched a legitimate and necessary investigation of what appears to be our president’s abuse of power for personal political gain.

With so much at stake for our nation, Democrats leading the impeachment inquiry have to get this right. Here are the five principles they should keep in mind:

Impeachment, and the investigation leading up to it, is a legislative maneuver prescribed by the Constitution. It's also a court case in which the American people are the jury. Thus, House Democrats must have one clearly synced message about the nature of the inquiry and the underlying crime.

President Trump continues to state that impeachment is dead, but he is wrong. This inquiry isn't about the report by Special Counsel Robert Mueller or any other act by this president. It is about the Trump-Zelensky phone call and what that call reveals about Trump’s conduct.

Democrats shouldn’t use the impeachment inquiry to rack up points with their base by throwing everything they can think of against the wall, or by simply attempting to make Trump look bad. This is a serious investigation into whether or not the president broke federal laws and should be removed from office.

Over the timeline of this whistleblower's complaint, we have seen this White House flop around like a fish out of water. Officials have changed their stories so many times that it is unbelievable.

White House officials rejected both Senate and House subpoenas for the whistleblower’s complaint before flip-flopping and making it public Thursday.

And most importantly, Trump and his team seem to be losing support among some Senate Republicans. Not only did they lose a vote for emergency border wall funding because of GOP defections, but Senate Republicans joined a unanimous resolution demanding the release of the whistleblower complaint to House and Senate committees.

With the White House political shop taking on water, Democrats should focus solely on the letter of the law and avoid the political mudslinging that will likely come their way.

If this president is guilty of soliciting foreign assistance to help him win a national election, Democrats shouldn't play political games. They should let the truth come out and allow the American people to hear it without the dense cloud of the same old Washington politics.

Talk to the American people directly

Since this Ukraine scandal came to light, Trump has managed to harshly and personally attack Speaker Pelosi and Democratic Reps Adam Schiff of California, Maxine Waters of California and Al Green of Texas – all among his sharpest critics in Congress.

And the president has been attacking Joe and Hunter Biden and the integrity of the intelligence whistleblower almost nonstop.

Can you see the pattern? Trump's marquee strategy is an unholy trinity: attack the messenger, lie about the message, and distract as much as possible.

This wildfire that the president has started isn't a 429-page Mueller report with an intricate fact pattern. This political and criminal disaster is based on one phone call, in which Trump linked foreign aid to an investigation of Joe and Hunter Biden.

Democrats must stay above the fray, resist the president's distractions, and lay out an impartial case to the American people about presidential corruption and wrongdoing.

This case can't only exist in the Washington Beltway. It has to be laid out in town halls, civic centers, PTA meetings and living rooms across America. There is something here, and it will be the job of Democrats to convince the American people to take a step back, exercise patience and open their ears to the facts.

Keep working on behalf of the American people

In 2018 the American people voted for action from Washington on many of the kitchen table issues that keep them up at night: the rising cost of health care and the exploitative price of prescription drugs, blatant voter suppression, and congressional inaction to reduce deadly shootings.

House Democrats shouldn’t let the impeachment inquiry stop them from doing their jobs. They should pass bills and work with the White House to try to reach agreement on needed legislation.

With the Iowa caucuses and the 2020 election around the corner, there will be an urge to rush this impeachment inquiry. Democrats should resist that urge, and take their time.

Laying out all the facts will require time and consistency. With the potential of White House stonewalling and name-calling, any attempt to rush this inquiry will give Trump grounds for his baseless and absurd "presidential harassment" argument.

Democrats should let the facts marinate in the minds of American voters. They should give folks at home time to ponder the concept of presidential corruption and the blatant abuse of power by Donald Trump.

The impartial House impeachment investigation of President Nixon turned public opinion around dramatically to favor his impeachment, leading him to resign when he saw he would be removed from office in a Senate impeachment trial.

We don’t know what will happen with President Trump, but a fair and impartial impeachment inquiry of his conduct could bring us some major surprises and bad news for Trump’s prospects of keeping his job either before or more likely after the 2020 election.