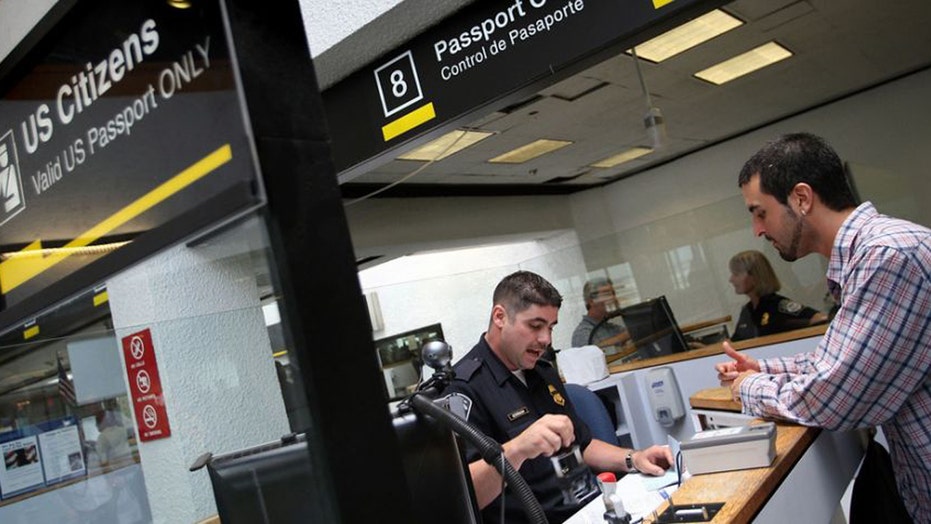 Rep. Candice Miller goes 'On the Record' on her proposed legislation to suspend participation in US visa waiver program for countries failing to traveler info related to terror threats

American politics has become a caricature of itself. There is no longer genuine debate. Rather, it seems there are only performers plying their trade on cable news with little consideration for the truth of what they’re saying. Donald Trump is the living manifestation of this phenomenon. He is, in fact, the culmination of our tolerance of pugnacious rhetoric and unchecked hypocrisy in our politics.

Donald Trump often cites his “business acumen” and history of private sector success as the rationale for his candidacy. Yet his shameful anti-immigrant rhetoric diminishes the enormous economic value high skilled immigrants have provided the United States through its flagship H-1B visa program. Instead, he calls for strict caps on H-1B visas, supports mass deportations, and believes a border wall will fix all of our problems.

Instead of tolerating this lunacy, we need to embrace common sense immigration policies that will help grow our economy and invest in the next generation of American innovators.

Unfortunately, Trump is not the only charlatan we have to contend with these days. There is a veritable menagerie lurking in every corner of our politics. Consider, for example, the case of “conservative” columnist Michelle Malkin. In her latest book “Sold Out,” Malkin weaves quite a fictitious tale of the so-called evils and perils of the H-1B visa system. Lacking any coherence, her book cobbles together a disjointed argument alleging “U.S. worker displacement,” with only weak anecdotes.

Because of our antiquated immigration policies, the minute these students cross the stage at graduation, we usher them off to the airport and into the arms of our economic and geopolitical competitors.

While no one claims the H-1B program is perfect, it remains critically important to attracting global talent to our shores. H-1B workers are, by law, highly qualified and highly skilled immigrants with advanced education.

If you have any doubts about the truth of that statement, we could ask Malkin’s father for his opinion.

Indeed, Malkin’s father, who was a doctor in the Philippines, came to the United States on an employer-sponsored visa – a system very similar to the H-1B program. The hypocrisy here is nauseating. Malkin owes her life in this country to high skilled immigration, but remains intent on stifling this opportunity for others. Disgusting.

If Trump and Malkin bothered to embrace even a shred of intellectual honesty, they would acknowledge the facts.

These students are pursuing degrees in fields of critical importance to the American economy. More than half of these students receive their degrees in business, engineering, and mathematics. This trend is only projected to accelerate in the years to come.

Taken together, international students in these advanced STEM fields constitute hundreds of thousands of highly-skilled graduates every year, all trained right here in the U.S. by the best minds our country has to offer.

But because of our antiquated immigration policies, the minute these students cross the stage at graduation, we usher them off to the airport and into the arms of our economic and geopolitical competitors.

At a Congressional hearing last March, Bjorn Billhardt offered critical testimony attesting to the lunacy of this situation. Billhardt grew up in Germany and came to the U.S. to study at Harvard. An H-1B recipient, Billhardt went on to become a U.S. citizen and co-founded the software company Enspire. In his testimony, he made a clear case. “After graduating, it was extremely difficult for me to stay in the U.S.,” he explained. “Without the H-1B visa program, Enspire would not exist today, creating jobs for Texans.”

Billhardt’s story is not unique. The H-1B program is the staple path to legal residency for most international students, and without it, we will lose untold scores of innovative job-creators like him. A full 40 percent of Fortune 500 companies were either founded by immigrants or their children.

The irrational debate over high-skilled immigration demonstrates the real cost of listening to ideological frauds like Trump and Malkin. But in this case, we can overcome their ravings to preserve and expand the H-1B program so that more people like Malkin’s father and Bjorn Billhardt can come to this country and renew the economic promise of our great nation.

Rosario Marin was Treasurer of the United States under President George W. Bush.