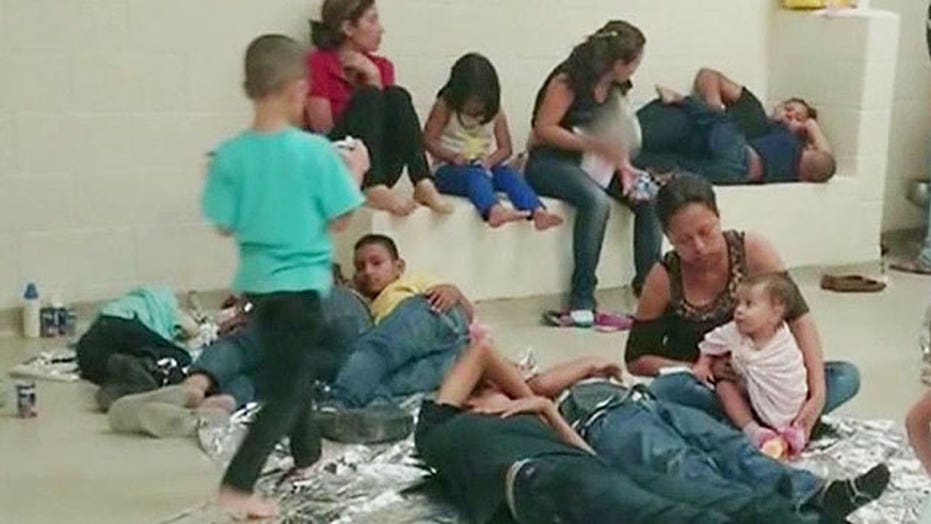 When my grandfather entered the U.S. in 1903 from Bialystock, Poland when his parents were killed, he was first detained at Ellis Island and screened by the Public Health Service for “loathsome or dangerous contagious diseases.” If he had been found to have tuberculosis, venereal disease, trachoma, or favus, he would not have been allowed in. More than 75 years later, when my wife came here from Moscow in 1989, she also underwent rigorous public health screenings.

Currently, several diseases make a foreign national inadmissible to the U.S. for health reasons. These diseases include leprosy, active tuberculosis, cholera, plague, five separate sexually transmitted diseases, and influenza caused by strains with the potential to cause a pandemic. Foreign nationals who are not vaccinated against measles, mumps, rubella, and several other diseases are also not allowed legal entry.

Since illegal immigrants who enter the U.S. are not prescreened in any way, many carry disease. The Rio Grande Valley Sector of the Border Patrol has detained 150,000 illegal immigrants so far in just this year alone. Eighty thousand children are expected to cross the southern border illegally in 2014. The Border Patrol and the Department of Health and Human Services (HHS) have set up temporary holding centers in southern Texas and Arizona, where conditions are cramped and unsanitary. Ten to 25% of the immigrants in that area are suffering from scabies, a highly contagious intensely itchy rash caused by insect mites.

It is clear that a public health crisis on a grand scale is occurring, and that the Centers for Disease Control needs to be directly involved. When these immigrants leave the camps and get on buses and trains, they spread disease to other states.

Already, drug-resistant tuberculosis is spreading in Texas, with several counties having twice the state average number of cases. Dengue Fever, a viral illness spread by mosquitoes which causes marked bone and muscle pain and fatigue and affects over 100 million people per year, is now spreading from the illegal immigrants into Texas and Arizona as infected mosquitoes begin to breed in the areas by the camps. A vaccine for Dengue is in the works but is not yet available. If this worldwide killer ever gets a mosquito-hold here, it will be a public health disaster.

Measles and chicken pox are also emerging among the unvaccinated immigrants, putting those who are unvaccinated in surrounding areas at risk, since these viruses are highly contagious.

On top of all these other diseases, now swine flu (H1N1) has appeared. According to HHS, an immigrant child at Joint Base San Antonio-Lackland has been diagnosed and hospitalized. This flu, which was pandemic in 2009 and has been especially problematic for children and pregnant women, can also spread fairly quickly in such close quarters. It won't cause another pandemic, but it can still make a lot of people sick. Federal authorities are flying in 2,000 batches of the vaccine for immediate use, but this may not be soon enough to prevent the spread of the disease.

Politicians on both sides of the aisle should do everything they can to work together to get this growing public health crisis under control.

No politician in his or her right mind would favor the spread of deadly diseases, many of which have been stamped out here decades ago. No matter what the political outcome of the immigration debate, open borders to disease is not a healthy option for America.

Marc Siegel, M.D. is a professor of medicine and medical director of Doctor Radio at NYU Langone Medical Center. He is a Fox News Medical Analyst. Follow him on Twitter @drmarcsiegel.
ADVERTISEMENT