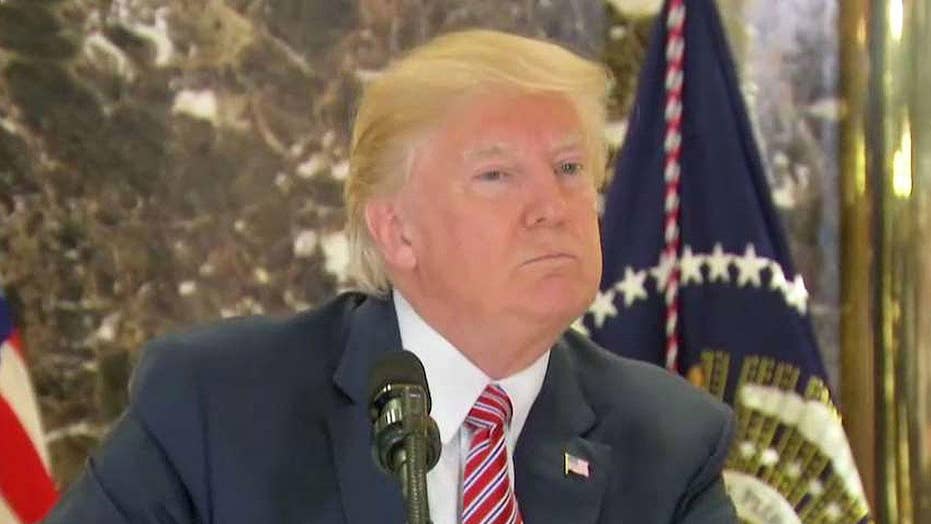 This weekend’s horrifying far-right violence in Charlottesville recalls Maya Angelou’s famous words: “When someone shows you who they are, believe them the first time.”

Many Americans have been shocked by the boldness of the alt-right neo-Nazis, white supremacists, KKK members, and neo-Confederates who marched in Virginia. Even Trump’s own supporters have been discouraged by President Trump’s halting, belated condemnation of open bigotry.

No doubt, many Americans are reminded of Hillary Clinton’s warning that “Trump is reinforcing harmful stereotypes and offering a dog whistle to his most hateful supporters.”

But the reality is that Clinton’s warning went unheeded and Trump successfully parlayed his flirtation with the far-right into electoral victory.

He’s paying the price today as the White House descends into further chaos. Just in the last week, the president’s approval rating hit 36 percent - the lowest of any first term president and a feat that no recent president has matched except for George W. Bush at the height of the Iraq and Afghanistan wars.

After Charlottesville, Trump took a full 48 hours to condemn actual neo-Nazis goose-stepping ten minutes from Thomas Jefferson’s birthplace -- and he backtracked on that only a day later. Even more bizarrely, Trump first attacked the black CEO of Merck for resigning from the president’s advisory council on manufacturing, before condemning white supremacists.

But even against this bleak and darkening backdrop, the Democratic Party just can’t seem to get its act together.

Since November, in election after election from Jon Ossoff in Georgia to Rob Quist in Montana, the story for Democratic candidates has been the same: close, but no cigar. Republicans continue to win across the country, even while their agenda stalls in Washington and Trump’s presidency derails.

The problem is simple, but deeply entrenched: the Democratic Party is overcentralized, run from Washington and other power centers where established party elites and career operatives dispense favors, funds, and a party line that fails to reflect the needs, wishes, and priorities of actual Democratic voters.

Democratic elites and big-money donors continue to back bad candidates in winnable races, instead of letting local Democratic leaders build the party from the ground up.

In May’s Montana At-Large Congressional race, delegates at a closed Democratic convention nominated Rob Quist, a folk musician with no political experience who proved woefully unable to articulate a policy agenda or a clear rationale for his candidacy. The Democratic insiders who chose Quist passed over multiple state representatives, business owners, as well as local education and environmental advocates.

The result? Quist lost to Republican businessman and experienced candidate Greg Gianforte, despite a Libertarian who pulled six percent of the vote and Gianforte’s embarrassing arrest for assaulting a reporter the night before the election.

In June’s special election for Georgia’s 6th Congressional district, Democrats spent a staggering, record-setting $23 million on Jon Ossoff’s losing campaign. Ossoff, who had never run for as much as school board, was a former D.C. congressional staffer who hadn’t lived in the district for over a decade and couldn’t even cast a ballot for himself.

Nonetheless, party elites anointed Ossoff over a slew of truly local candidates, including a former Georgia state senator, a black businesswoman running as a government reformer, an accomplished doctor running on her genuine health care expertise, and a college professor who served in the first Gulf War.

Now it’s time for another warning that Democrats should heed: run your local talent.

Local elected officials and other community leaders understand their constituencies and what’s at stake. They know that Charlottesville won’t be the end, and they know how to mobilize communities against alt-right ideology.

The Bernie Sanders wing of the Democratic Party understands that local candidates make the best candidates, even though Sanders-style progressivism has limited appeal outside of hardcore Democratic voters.

But there is no argument that 2018 is Democrats’ for the taking if they run the right people. And more often than not, the right people are going to be elected officials and community leaders from the place they’re set to represent.