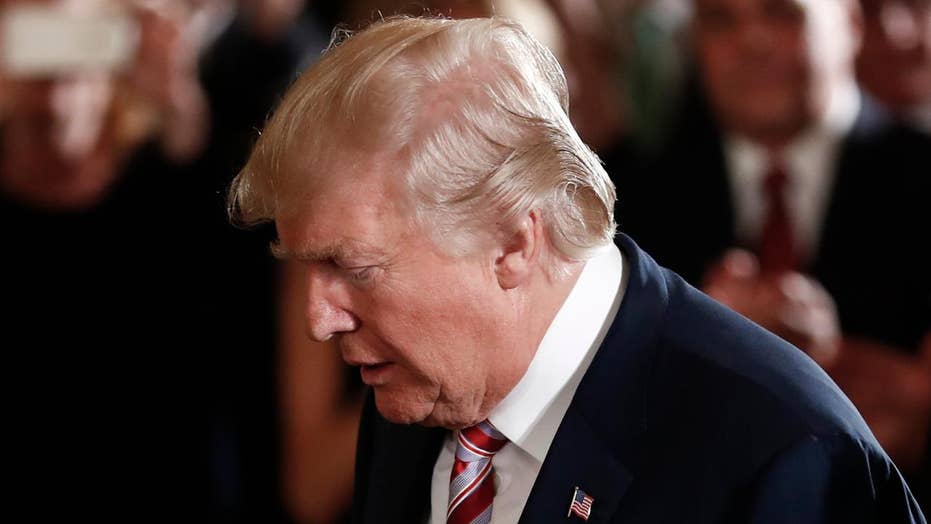 Why are conservatives still attacking Trump?

These are tough times for Republicans—be they moderates or aligned with the more conservative Freedom Caucus. Controlling Congress and nominally the Presidency, they are on the dime to head off the collapse of Obamacare and raise family incomes.

President Trump lacks a strong economics team. The Administration has a bevy of dealmakers but few well-respected economists and public-policy analysts with experience applying conservative principles to drafting legislation.

Instead, on health care, taxes, deregulation and overall federal spending, Mr. Trump has embraced approaches that have been percolating for years among Republican lawmakers.

The one exception is infrastructure, where White House dealmaking expertise is on display through proposals to update the air traffic control system and pay for other public projects with private investments.

On foreign policy, the White House is firmly in control—a more aggressive policy toward terrorism and North Korea, encouraging Saudi Arabia and other Gulf States to deal more constructively with Israel and pressuring Germany and others in NATO to shoulder their fair share of the responsibility for maintaining western defenses.

Undermining this are the damaging testimony of former FBI director Comey, and Trump’s intemperate tweets about London’s mayor in the wake of recent terrorist attacks, the Justice Department’s handling of his executive orders on immigration and whatever else pops into his head at 2 am.

The distractions these create—and the resulting lack of consistent messaging and media focus on his legislative agenda—permit Minority Leaders Schumer and Pelosi to behave irresponsibly. They deny his legitimacy as president and behave more like the underground resistance in an enemy occupied capital than a principled, loyal opposition in a constitutional democracy.

Mr. Trump, by dint of his behavior and sinking public approval, lacks the gravitas to force compromise among Republican lawmakers to ultimately enact critical legislation. For example, on Medicaid funding to accomplish a final health care bill, border tax adjustments to lower corporate taxes, and to reach across the aisle on regulatory reforms that require changes in law and 60 votes in the Senate to effect.

Emotive statements from the campaign could more reasonably be relegated to history if he behaved more like a head of government and less like a student activist upset about everything from the war against terrorism to the food in the dining hall.

Yet, some of this business requires immediate attention.

Next year, the federal health insurance exchanges will collapse for lack of companies willing to offer policies in many states. Americans without employer coverage will not qualify for federal subsidies or be able to purchase health insurance at reasonable prices.

American businesses face some of the highest taxes in the world. Without relief, they will continue to look offshore for investment opportunities—and the jobs and growth will continue to follow their dollars.

Simply, it’s time for Speaker Ryan and Majority Leader McConnell to take charge of the economic agenda and confront their caucuses with the choice of either compromising on health care and taxes or losing their once in a generation opportunity to get most, even if not all, of what they want.

Similarly, it will be nearly impossible to accomplish stronger growth without better schools and immigration reform to attract more skilled workers—illegal immigrants and migrants from places that may pose a terrorist threat are only a small portion of the 1.5 million new arrivals each year.  On these issues, respectively, Education Secretary DeVos and Senator Tom Cotton have sound ideas that demand thoughtful consideration.

To survive, Messrs. Ryan and McConnell may have to give the country de facto parliamentary government by agreeing on a legislative agenda and putting it before their caucuses as existential imperatives.

Otherwise, when Obamacare collapses, voters will blame the GOP for not fixing what’s broke and as mediocre growth continues, they will turn elsewhere for solutions.

Either the GOP leadership steps up or the Democrats will win the House in 2018 and the presidency two years later, if they have the sense to nominate a governor like Andrew Cuomo.