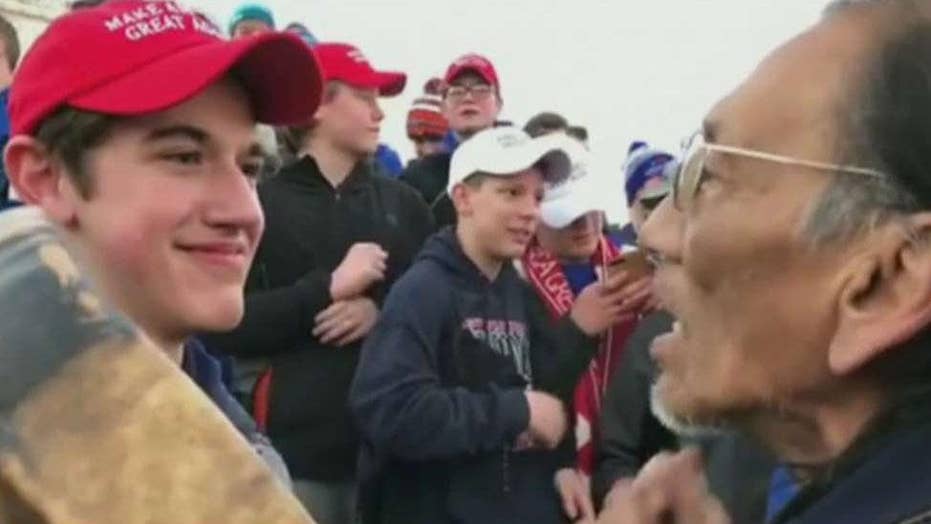 Nick Sandmann’s attorney says he did nothing to deserve being attacked, vilified and bullied; Peter Doocy reports.

Nicholas Sandmann is one of the Covington High School students caught in a media firestorm while attending the March for Life last month in Washington, D.C. Now, he is pushing back.

This week, his lawyers filed a defamation lawsuit against the Washington Post for $250 million dollars – the amount that Jeff Bezos spent to buy the newspaper.

Does Sandmann have any chance of winning? The short answer is “yes.” But it’s not a sure thing. He’s taking on a defendant with very deep pockets and absolutely no incentive to settle.

COVINGTON LAWSUIT IS NECESSARY AS CHRISTIAN STUDENTS ACROSS U.S. ARE PERSECUTED FOR THEIR BELIEFS

Sandmann has sent letters threatening legal action to more than 50 media organizations, celebrities and politicians about their public statements condemning and attacking Sandmann. The Washington Post is the first media organization to be sued.

What’s Sandmann’s beef? He was accused of racist behavior toward Native American activist Nathan Phillips, based almost entirely on what his lawyers call a “deceptively edited” 59-second video clip. More complete videos of the incident show that the allegations were false.

Sandmann’s lawyers claim the Washington Post stories were “falsely accusing him of instigating the January 18 incident” and “conveyed that Nicholas engaged in acts of racism by ‘swarming’ Phillips, ‘blocking’ his exit away from the students, and otherwise engaging in racist misconduct.” The lawsuit says the newspaper “ignored basic journalistic standards” and engaged in “negligent, reckless, and malicious attacks” on Sandmann, leading a “mainstream and social media mob of bullies which attacked, vilified and threatened” him. 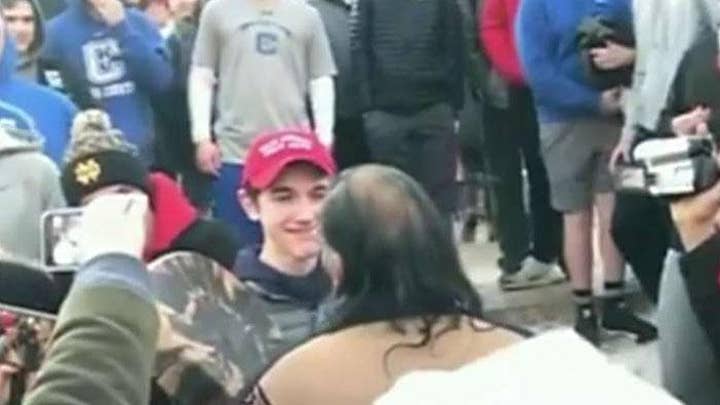 So what are the legal standards governing this type of defamation lawsuit? As Supreme Court Justice Clarence Thomas explained in a recent opinion, the legal right to sue someone for damaging your reputation depends on whether you are a “public” or a “private” individual.

The Supreme Court’s 1964 decision in New York Times v. Sullivan established two different standards for proving a defamation case. A “public” figure, such as a government official or celebrity, must prove that the false statement was made with “actual malice,” i.e., with knowledge that it was false or with reckless disregard of whether it was false or not. A private individual has to prove only that the statement was false.

In a 1967 case, Curtis Publishing Co. v. Butts, the Court expanded the definition of a “public” figure to include private individuals who “thrust themselves to the forefront of particular public controversies in order to influence the resolution of the issues involved.”

Sandmann’s lawyers maintain, quite reasonably, that the 16-year-old is a private figure who has “lived his entire life outside of the public eye.” Further, he did not “engage the public’s attention to resolve any public issue that could impact the community at large” and “has not inserted himself into the forefront of any public issue.”

His lawyers say that his issuance of a statement and his appearance on NBC’s "Today Show" were only to provide a “detailed and accurate factual description of his encounter with Phillips.” They were intended to refute the accusations made against him and were “reasonable, proportionate, and in direct response to the false accusation.” That did not turn him into a “public figure” under the legal standard governing defamation lawsuits according to his lawyers.

On this issue, Sandmann will probably be successful. It is doubtful that a court would consider attending the March for Life as meeting the standard for an individual voluntarily injecting himself into a public issue. As First Amendment expert Eugene Volokh says, the Covington High School students “weren’t famous or influential” before this incident, and he doubts that “just showing up at a rally” would qualify them as public figures.

But the law does not allow you to recover damages for an opinion that you consider defamatory. Thus, Sandmann would have a hard time recovering from the Washington Post or anyone else for expressing an opinion that he is racially insensitive or a racist. While that opinion may be unfair or unjust, it is not actionable. Sandmann is going to have to show that factually false statements were made about his behavior.

That is no doubt why the lawsuit claims that the Washington Post falsely stated that Sandman swarmed, confronted, and mocked Phillips, as well as “engaged in racist conduct.” Sandmann’s lawyers also claim that the stories “communicated the false and defamatory gist that Nicholas assaulted and/or physically intimidated Phillips” and “engaged in racist taunts.”

Once you get past the public figure/private person standard established by the Supreme Court, state law is going to apply. In Kentucky, where this lawsuit was filed, you can get damages without proving actual harm if the defamatory statement made against you is “defamatory per se.” That includes: statements falsely accusing you of committing a serious crime; conduct affecting your fitness for office, trade, occupation or business; or having a “loathsome” disease.

Sandmann’s lawyers argue that the Washington Post’s statements were defamatory per se because they were “libelous on their face” and subjected him to “public hatred, contempt, scorn, obloquy, and shame.” Sandmann has “suffered permanent harm to his reputation” and “severe emotional distress.” His lawyers are also asking for punitive damages because the newspaper published the false accusations “with actual malice” by failing to verify them and by failing to review the complete video that showed what actually happened.

Can he win? Maybe. Rolling Stone agreed to pay $1.65 million to settle the defamation lawsuit filed by the Phi Kappa Psi fraternity at the University of Virginia after it published an article that implicated the fraternity in a false gang rape story. The Washington Post is probably willing to put a lot of resources into fighting this case in order to avoid encouraging other lawsuits. But just like Rolling Stone, it may eventually agree to a settlement to buy peace.