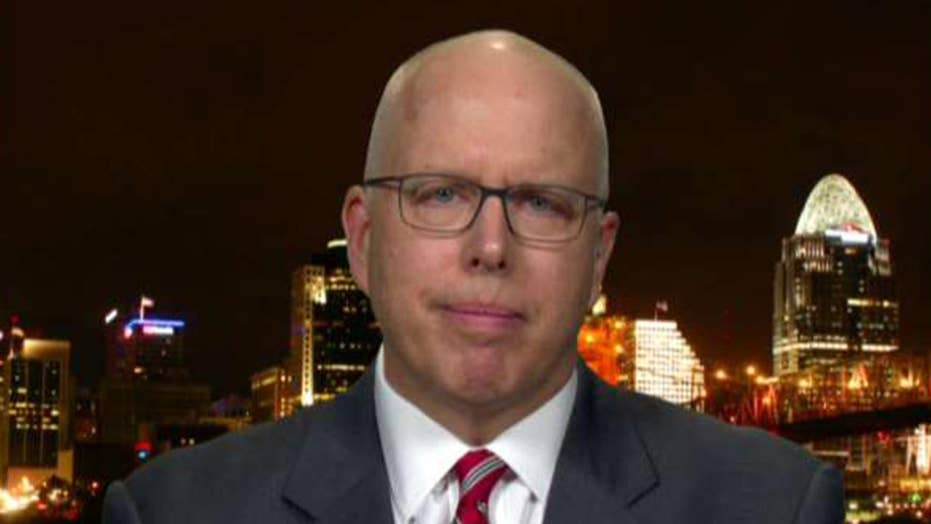 Todd McMurtry says Nick Sandmann is a private citizen, not a public figure, and seeks $250 million in damages for his client.

The family of Nicholas Sandmann shocked the country when it filed an audacious $250 million lawsuit against the Washington Post for “engaging in a modern-day form of McCarthyism” in its coverage of the Covington Catholic High School controversy.

But this was just the latest in a series of lawsuits filed by Christian students this month that never made the headlines.

Earlier this month, a college Republican at DePaul University filed a $4 million defamation lawsuit against the Chicago Teachers Union over a local election dispute. A week prior, a federal court heard a case brought forth by Business Leaders in Christ – a Christian student group at the University of Iowa that was kicked off campus for requiring its leaders to hold Christian beliefs. A similar lawsuit ensued at the University of Colorado after the school refused recognition of a Christian apologetics club.

COVINGTON CATHOLIC STUDENT'S LAWSUIT AGAINST WASHINGTON POST: A 'SIGNIFICANT CASE' OR NOT? EXPERTS WEIGH IN

Institutions across the country are facing legal battles for forcing students to choose between their club’s existence and their devotion to their faith.

And they don’t waste any time influencing kids as young as three years old. A Philadelphia library recently played host to “Annie Christ” – a play on the word Antichrist – as part of a nationwide “Drag Queen Story Hour” program designed for K-12 students. It too has been the subject of ongoing legal battles.

Whether or not these lawsuits gain any legal traction, it's certain that cases like them will multiply.

For the past few decades, Christian students have embraced their role as outcasts and willfully turned the other cheek when attacked for their beliefs, often citing Biblical teachings that Christians ought to expect and even rejoice in persecution.

But this notion is misbegotten: Turning the other cheek does not imply pacifism, nor does it mean sitting back and allowing the liberal mob to bully an entire group of students into submission.

Whether it’s Christian fellowships and symbols being banned on campuses, workshops designed to combat “Christian privilege,” courses on “queering” the Bible, or The New York Times’ recent effort to #exposeChristianschools, Christian students are increasingly made to feel ashamed for their deeply held beliefs, and many are taking legal action to defend their most fundamental rights in their schools.

While America’s “war” on Christianity pales in comparison to the horrors of persecution and genocide faced by Christians worldwide, we must be careful not to dismiss the gravity of the “polite persecution” of believers in the West. Attacks on Christians in America have increasingly been aimed toward young people, and that should alarm us.

While older generations are written off as a lost cause by the left, they think they have a monopoly on the minds of youth. Christian students commit the unforgivable crime of refusing to drink the Kool-Aid of the left. They escaped the indoctrination that has plagued their generation. The left desperately relies on the education system to indoctrinate America’s youth the same way it has long relied on the Supreme Court to push their agenda through judicial activism. (This explains their glamorization of Ruth Bader Ginsburg and hysteria over President Trump’s Supreme Court nominees.)

When it comes to young people, this tactic is more nefarious than just silencing and shaming individuals until they feel unsafe expressing their views in public. This is about manipulating and conditioning them into thinking their beliefs are bigoted and intolerable.

For the left, this is a long game. And if there’s one thing they’re good at, it’s slowly setting the narrative. It’s no coincidence that attacks on Christians are ramping up at the same time their agenda is threatened by the policies and judicial nominations of the Trump administration.

When One World Trade Center – a solemn landmark that belongs to all Americans, regardless of faith and party – lit up pink in celebration of one of the most controversial abortion bills ever passed, the message was loud and clear: Christian views are no longer welcome here. Consider the stage being set for the next Supreme Court nomination – all eyes on Amy Coney Barrett.

The same tactics are used against students. What better way to sow the narrative than to seize on the opportunity to manipulate wide-eyed kids eager to change the world? Get them while they’re young and you’ll maybe get them for life.

Curriculum designed to portray Christianity as bigoted and intolerable gives liberal institutions the ability to take ideas that were mainstream just a few years ago and present them as absurd and radical ideas today. Forget the fact that America was founded on Judeo-Christian values, or that the majority of Americans identify as Christian – the ideas are simply no longer welcome.

The ruthless attack on the Covington boys was a warning message to students bold enough to disagree: This is what you will endure if you don’t fall in line with our worldview.

Supreme Court Justice Samuel Alito warned of this in 2015. “I assume that those who cling to old beliefs will be able to whisper their thoughts in the recesses of their homes,” he wrote, “but if they repeat those views in public, they will risk being labeled as bigots and treated as such by governments, employers, and schools.”

Now more than ever, the left is determined to make this a reality by ostracizing, censoring, and ultimately rooting out Christianity, starting in the classroom. In their eyes, there’s too much at stake not to.

This is why it’s so important that students are starting to fight back. They are sending a message that kids are off limits in the left’s political warfare against Christianity.

$250 million may seem like an astronomical amount of money for the Covington lawsuit, but there’s no price tag on protecting our youth from ideological bigotry in this country.