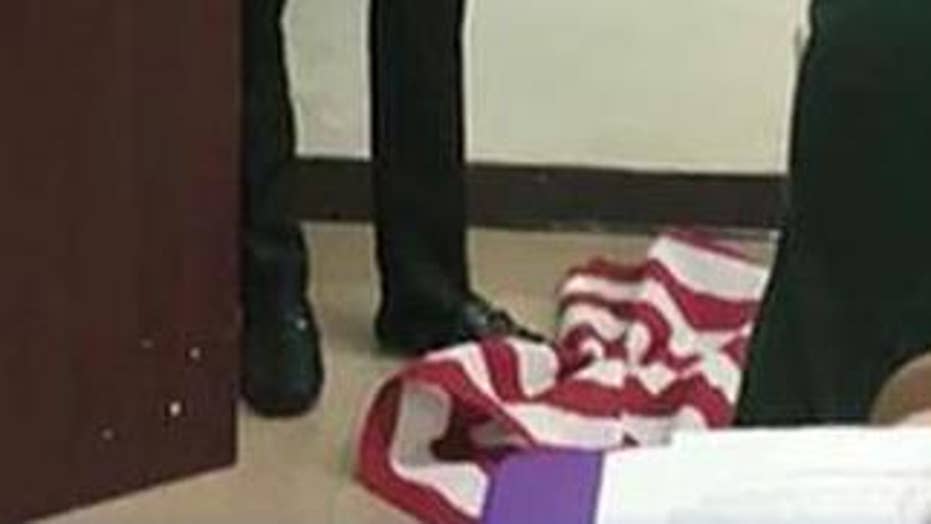 North Carolina teacher on leave after stomping on the flag

Teacher says it was part of a lesson on the First Amendment, parents call for him to be fired

A North Carolina history teacher is facing a firestorm of controversy after he allegedly stomped on an American Flag inside a public school classroom.

The incident happened Monday at Massey Hill Classical high School in Fayetteville – home to Fort Bragg and one of the most patriotic communities in the nation.

“What that teacher did was a gut punch to all the military kids at that school,” one outraged parent told me. “More so to the ones with deployed parents and unforgivably so to Gold Star kids who lost a parent who fought under that flag. It is indefensible.”

A spokesperson for Cumberland County Superintendent Frank Till Jr. told me they are investigating the allegations and will not comment until the probe is completed. The spokesperson could not say if the teacher has been removed from the classroom.