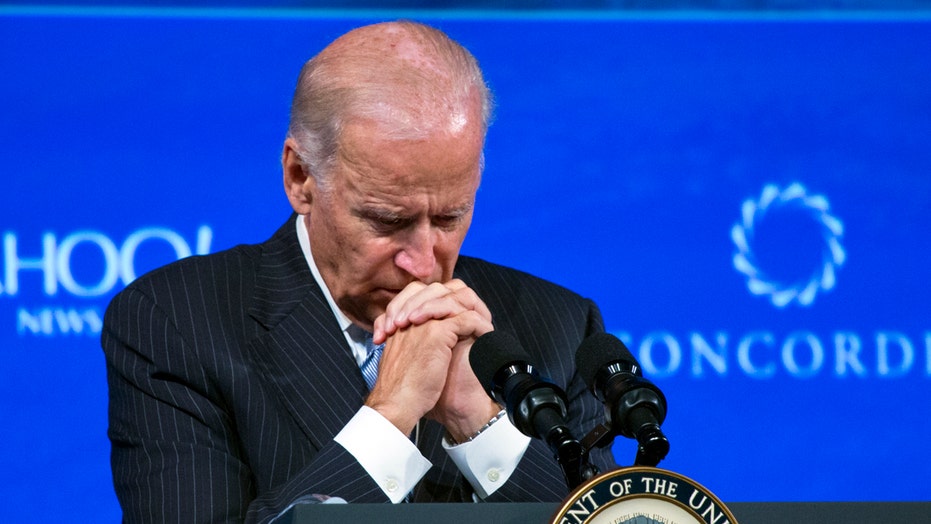 “Can I get a witness?” sang Marvin Gaye 50 years ago.  With Democratic front-runner Hillary Clinton now publicly opposed to yet another major Obama-Biden administration policy – the 12 nation Trans Pacific Partnership trade agreement – the president is surely signing the lyrics:

The president must be wondering whether Joe Biden’s reluctance to run is due to a sense that being the most pro-Obama candidate is a losing image.  He can laugh off Drudge, Rush Limbaugh and Donald Trump saying it.

Hillary and Bernie have thrown down the gauntlet to Joe, daring him to run as the most pro-Obama guy in the race. The trade pact is only the latest shot across the Obama-Biden administration’s bow. There are key differences on ObamaCare, Middle East policy, engaging the Russians and more.

It is useful to put the current Democratic nomination fight in historical perspective. Unless Biden enters the fray, Democrats are poised to make modern political history: they will nominate a presidential candidate running on a platform openly opposed to key policies of the party’s sitting president.

In 1896, Democrats were desperate for a winning strategy. Since the Republican Party’s founding in 1854, they had been unable to secure the popular vote majority that would be needed to win the expected two-way race.

As 2016 approaches, Democrats confront a totally different presidential election landscape. They have won the popular vote 5 of the last 6 times. President Obama is the first Democratic president to win his two consecutive terms by a popular vote majority since 1936. Republican candidate George Bush won 271 electoral votes, barely more than the required 270. His meager 50.7 percent re-election winning total is worst for any two-term Republican president ever.

Presidential politics is not shuffleboard, winning requires making tough choices.  It is no coincidence Mrs. Clinton reversed her stand – although brilliantly nuanced -- on the trade deal right before Vice President Biden is expected to decide on his political future. The same for her decision to oppose the Keystone Pipeline.

I get it: Hillary and Bernie are daring Joe to run and defend not only the trade deal, but other key Obama-Biden policies the two front-runners are opposing. The polls show these policies are not popular among likely primary voters.

But there is a fine presidential campaign line between having honest differences with President Obama on certain issues and being seen as expediently being anti-Obama, using him as a political dart board for political self-interest.

In the fog of political battle, this line can become invisible, only seen when the smoke clears.  Has it been crossed and if so, what are the consequences, if any, in key electoral states where economic prosperity relies heavily on trade? It is an open question right now.

But this much is known: Hillary and Bernie have thrown down the gauntlet to Joe, daring him to run as the most pro-Obama guy in the race.

The trade pact is only the latest shot across the Obama-Biden administration’s bow. There are key differences on Obamacare, Middle East policy, engaging the Russians and more.

But roughly 8 years after President Obama won election, the leading Democratic hopefuls fear not to.

So the president understandably asks: Can I get a witness?