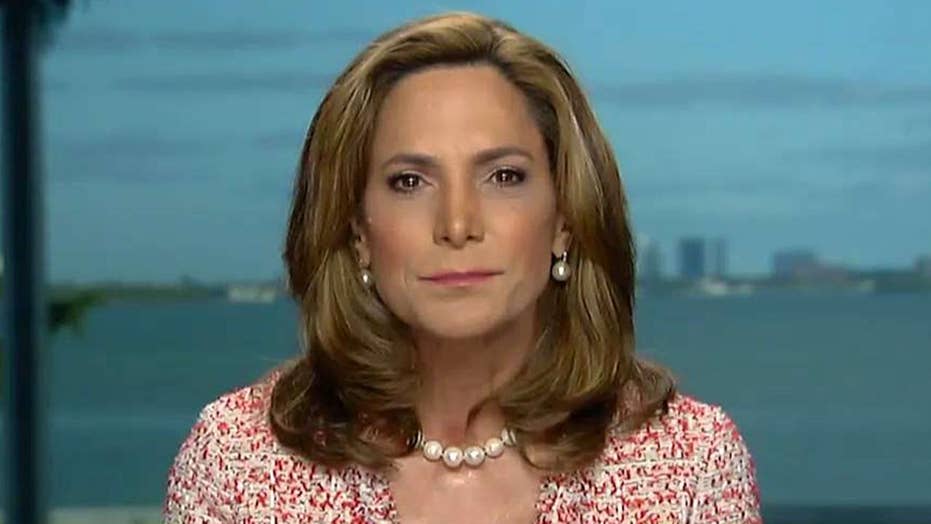 Former Republican House candidate Maria Elvira Salazar says Democrats like Alexandria Ocasio-Cortez have no idea what they are advocating for.

The Democratic Party’s lurch to socialism led to a presidential rebuke at the State of the Union on Tuesday night. From Sen. Bernie Sanders’s call for “Medicare-for-all,” to Rep. Alexandria Ocasio-Cortez’s proposal of a “Green New Deal,” to Democratic presidential hopefuls’ hankering for stiff tax hikes, prominent members of the Democratic Party seem unwilling to miss any opportunity to advocate for greater government control of the economy.

Yet as Democrats justify grandiose proposals by decrying income inequality, many of us who immigrated to the United States from socialist countries see great irony. After all, unending income equality is what drove us to leave our native lands in the first place.

My family left post-Mao Communist China in the mid-1980s precisely because there was so much equality to go around. As a child, I lived in Guangzhou, the third largest city in China. Everyone in my city was equal in having no running hot water, no modern toilet facilities, no refrigerator, no washer, no dryer, and no color television.

BILL BENNETT: DEMOCRATS HAVE MADE A SHARP LEFT TURN – HERE'S WHAT'S BEHIND IT

Imagine a world without Whole Foods, Safeway and Walmart, or the plethora of products stocked on their shelves. Imagine no Vitamin Water, no Gatorade, no Starbucks, no Panera Bread, no candy bars and no sea salt potato chips. Now imagine instead being allotted food stamps from the government, indicating how much your family can eat.

There was abundant equality in the dearth of economic opportunities as well. The state told us where to live, where to work, what to buy, and for how much. Worse yet, my fellow citizens who lived in the countryside were even more impoverished.

When the state runs the economy and its citizens’ lives, there will be plenty of equality in scarcity, poverty and hopelessness.

After decades of totalitarian rule and grand socialist experiments, China had a meager per capita GDP of less than $200 in 1980. By comparison, America’s was $12,500 that year.

Around that time, China decided enough misery was enough. It embarked on historic economic reforms and opened up the country to the world. Liberalization introduced market prices, allowed for the return to household farming from collectivization, created Special Economic Zones in coastal areas that attracted foreign investment and promoted exports, exposed state-owned factory production to profit incentives, and opened up the market to private firms and entities.

As China began to dismantle bits and pieces of its command economy, Chinese citizens came face to face with the liberating effects of what the market made possible. There were many firsts.

For the first time, we could have possessions that we had not seen before – clothing that was not gray and drab, electronics that exposed us to brand new images and music, goods that we coveted without even knowing it.

In the end, even Communist China did not want the kind of economic equality that existed during my childhood. Hence, the country opened up its economy, implemented bold reforms, and adopted capitalism, even though it retained many communist characteristics.

Over the past 40 years, China became the second largest economy in the world.

However, don’t for a minute forget the lesson that still applies: When the state runs the economy and its citizens’ lives, there will be plenty of equality in scarcity, poverty and hopelessness.

Today, this is a lesson that prominent Democrats seem eager to forget. Less than 30 years after the former Soviet Union collapsed and the United States emerged victorious from the Cold War, Americans increasingly find it necessary to debate the shortcomings and evils of socialism all over again.

It was left up to President Trump to declare on Tuesday night: “Here, in the United States, we are alarmed by new calls to adopt socialism in our country. America was founded on liberty and independence – and not government coercion, domination and control. We are born free, and we will stay free. Tonight, we renew our resolve that America will never be a socialist country.”

It is crazy that the leader of the free world had to state this. It is crazier still that he will have to deliver an even more robust defense of democratic capitalism in the run-up to the 2020 presidential election. Hopefully, the Democrats’ vision of economic equality will not prevail.