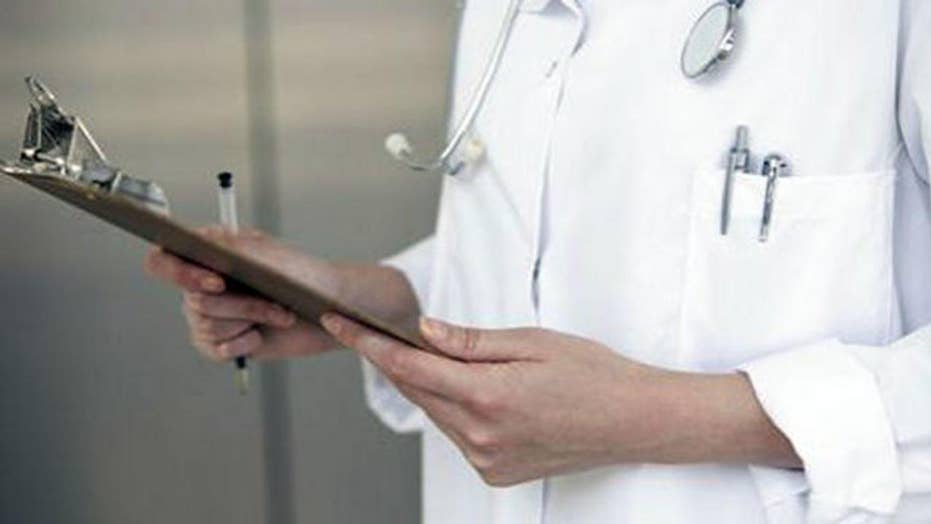 Critics say to provide 'Medicare-for-all,' taxes would have to go up while quality, choice and access to care would go down; chief congressional correspondent Mike Emanuel reports.

This week, Sen. Kamala Harris, D-Calif., one of the front-runners in the race for the Democratic Party's presidential nomination, revealed her radical vision for American health care – outlawing private health insurance and putting the government in charge of the system.

Harris, along with 15 of her Democratic colleagues, supports Sen. Bernie Sanders', I-Vt., vision of "Medicare-for-all." Sanders' 2017 bill, S.1804, was explicit about outlawing private health insurance. At a town hall in Iowa last Monday, Harris confirmed she was on board with that idea. "Let's eliminate all of that," she said.

In other words, Harris is running for president on a platform of taking away the private insurance coverage of about 200 million people, and dumping everyone into a one-size-fits-all government-run health plan that would cost taxpayers trillions of dollars. And if the experiences of other countries with single-payer health care are any indication, it would result in long waits for poor care.

Support for single-payer appears to be the price of admission to the Democratic presidential race. Harris's fellow presidential aspirants, Sens. Elizabeth Warren, D-Mass., Kirsten Gillibrand, D-N.Y., and Cory Booker, D.-N.J., were among the co-sponsors of Sanders' 2017 “Medicare-for-all” legislation. And it's only a matter of time before Sanders himself, the pied piper of the "Medicare-for-all” movement, joins the race.

"Medicare-for-all’s" advocates promise a health care system that's free at the point of service – no co-pays, no deductibles, no coinsurance.

They tend to be less upfront about how they'd pay for it. Independent estimates from both the right and the left peg "Medicare-for-all’s” cost at about $32 trillion over 10 years. Doubling what the federal government takes in individual and corporate income tax revenue wouldn't be enough to cover that tab.

That's assuming “Medicare-for-all” is able to implement its financing strategy. The bill proposes reimbursing doctors and hospitals at Medicare's current rates, which are 40 percent below what private insurance pays.

Health care providers are unlikely to just absorb those cuts. Those with narrow margins – say, in rural areas – may be forced to close, unable to cover their costs. Some doctors may respond to lower payments by seeing fewer patients, retiring early, or leaving the practice of medicine altogether. Bright young people may decide not to pursue careers in medicine, given that “Medicare for all” will limit their earning power.

Regardless, ratcheting down the price of care by force is going to cause health care providers to supply less of it. And that will lead to longer waits for patients.

American patients will not stand for the higher taxes and lower-quality care that “Medicare-for-all” would bring.

Long waits plague patients in other countries with government-run health care. Take Canada, which outlaws private health insurance for anything considered medically necessary, just as “Medicare for all” would. The median wait for treatment from a specialist following referral by a general practitioner is 19.8 weeks, according to the Fraser Institute, a Vancouver-based think tank. In 1993, the median wait was less than half as much – 9.3 weeks.

Waits are far longer for some specialties. For orthopedic surgery, the median wait for specialist treatment is 39 weeks.

Many Canadians are uninterested in waiting multiple months for treatment, particularly if they're in pain or fear they may have a serious illness. So they pay out of pocket for care abroad. In 2016, more than 63,000 Canadians went to another country to receive medical treatment.

On the other side of the Atlantic, the United Kingdom's government-run, 70-year old National Health Service, is proving similarly incapable of providing quality care. The system is currently short 100,000 health professionals – doctors, nurses and other workers.

It's no wonder 14 percent of procedures were canceled, right before they were scheduled to occur, during a one-week period in the last week of March 2018. The NHS sees this as an anomaly and an NHS spokesman said, "Actually, only a tiny minority of operations -- just 1 in 100 -- is canceled on the day." But still, last July, 4.3 million patients were waiting for an operation – the highest figure in a decade.

During the winter, the system goes into crisis mode. Between December 2017 and February 2018, more than 163,000 patients waited in corridors and ambulances for more than 30 minutes before being admitted to the emergency room. To deal with the crunch, officials ordered hospitals to cancel 50,000 operations.

American patients will not stand for the higher taxes and lower-quality care that “Medicare-for-all” would bring. A majority of people, 55 percent, erroneously believe that they'd be able to keep their private insurance under such a system. Once they learn it would eliminate private health insurance, support for the idea plummets, from 56 percent to 37 percent. The same happens after they learn it would require higher taxes.

Seven in 10 Americans say they'd oppose “Medicare-for-all” if it led to delays in getting some treatments and tests. Such delays are not hypothetical – they're endemic to single-payer.

Harris and her fellow Democrats may think “Medicare-for-all” is their ticket to the White House. But voters are not interested in their plan to eliminate private health insurance.

Editor's note: A previous version of this op-ed misstated the time period in March 2018 when 14 percent of procedures were canceled by the NHS.