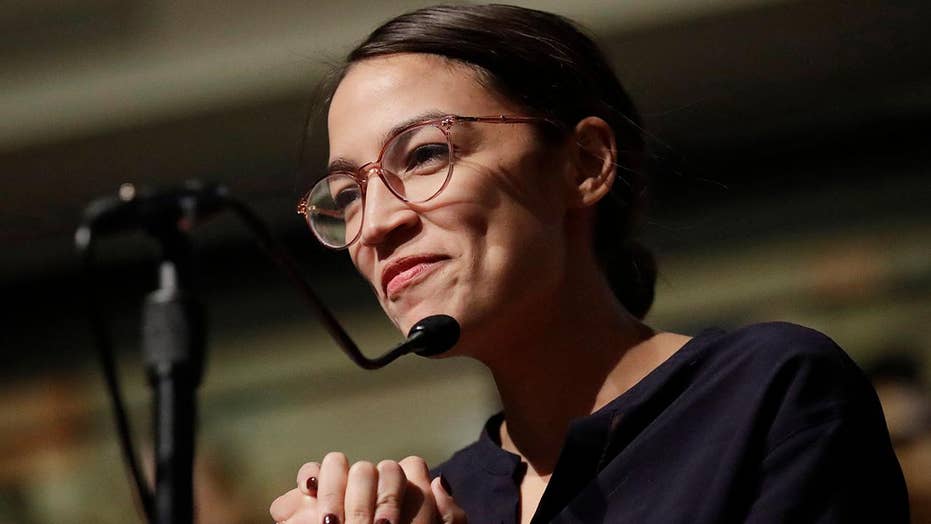 It’s been two years since the end of the Obama presidency and in that span, the mainstream Democratic Party has made an extreme shift to the far left.  In 2019 the Democrats have put their weight behind increased taxes, universal health care, open borders, and third-trimester abortions.

A journalist friend of mine reports that his generally liberal college son was somewhat somnolent and indifferent during the Obama years, lulled into quiescence by liberal policies and moderate talk. Then came Trump. A huge splash of cold water hit his face and he and his cohorts were galvanized into angry action.

Flannery O’Connor wrote that sometimes you have to, “push back against the age as hard as it pushes against you.” Trump pushed hard, and the liberals have become the left, pushing back even harder.

The problem is that their blind indignation for President Trump is clouding their judgment and pushing them to the brink. They’re punching back at their magnified perception of Trump, not his actual policies.

Trump’s policies are conservative, but mostly traditionally so with a good dash of moderation and compromise.

Trump’s policies are conservative, but mostly traditionally so with a good dash of moderation and compromise.

It’s not a new concept for Democrats to favor higher taxes than Republicans.  What is new, however, is the momentum around dramatic tax increases for the super wealthy, which would have a large impact on the economy.

Specifically, Rep. Alexandria Ocasio-Cortez, D-NY, is proposing a 70 percent marginal tax rate on individuals making $10 million a year or more. Sen. Elizabeth Warren, D-Mass., is proposing a 2 percent annual tax on citizens with a net worth of over $50 billion. Currently, the highest tax rate in the US is 37 percent.  It was 39.6 percent under Obama.

Building on the socialist momentum from her party, 2020 Democratic presidential candidate Kamala Harris, D-Calif., has said she wants to do away with private health insurance in favor of Medicare for all. Unlike with ObamaCare, health insurance companies are not on board here and will fight this tooth and nail.

Sen. Chuck Schumer, D-N.Y., was on record as supporting border and immigration control, including walls and barriers in 2009.  Now its chief opponent, he recently tweeted, “The shutdown cost the U.S. economy $11 billion…what a devastating & pointless exercise this has been.”  With an estimated cost of $5 billion dollars, Schumer could have approved the wall, saved $6 billion dollars, avoided a shutdown, and been in line with his party’s stance on immigration reform during the Obama administration.

So why now the vehement contention? The Democrats care more about sticking it to Trump than common sense.

Apparently, judging from the absence of any explicit policy pronouncements, they believe in neither borders or limits to immigration.

In Virginia, embattled Gov. Ralph Northam and other Democrats are supporting The Repeal Act, which would dramatically ease restrictions on third-trimester abortions.

By his own language and subsequently the language of support of other Democrats, this policy would, if enacted, result in the explicit and direct killing of a born child. This isn’t progressive, this is infanticide and murder.

Thankfully the public feels the same way. Only 13 percent of Americans and 18 percent of Democrats favor third-trimester abortions.

If Democrats want a chance at winning the presidency, they should listen to Schultz and Bloomberg and step back from the cliff.

These days the billionaire former New York City Mayor Michael Bloomberg and former Starbucks CEO Howard Schultz are too moderate for these Democrats and they are putting the lie to this New Democrat Extremism.

Schultz called the Medicare for all idea “not American.”

"We need a healthy economy and we shouldn't be embarrassed about our system. If you want to look at a system that's not capitalistic, just take a look at what was once one of the wealthiest countries in the world and now people are starving to death: it's called Venezuela."

If Democrats want a chance at winning the presidency, they should listen to Schultz and Bloomberg and step back from the cliff.

That President Trump has pushed them is indeed true, but they are pushing back much harder and recklessly so. He has made them so crazy with anger that their fury and policies know no bounds. But in the end, they will hit a wall, maybe not at the border, but of their own making.