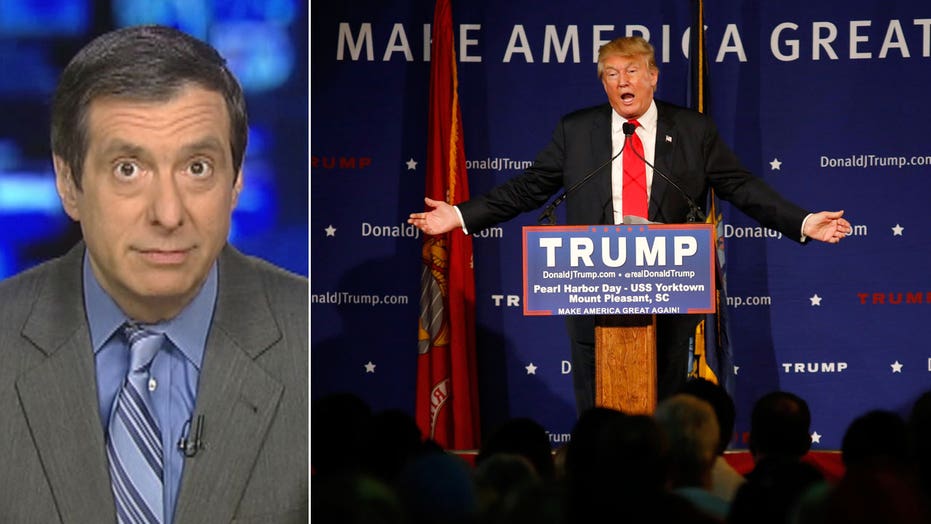 Enough! Tuesday night the current GOP presidential hopefuls will meet to debate in Las Vegas. Now, I get that we live in an age of dangerous hyperbole.

I get that frustration and fear give rise to dangerous decisions and poor policy making.  But we need to say, “Enough!”

Am I talking about Donald Trump’s proposed ban on all Muslims entering the United States?  I easily could be, but I am not.

There are armies of people already doing that and Trump has already softened his unsophisticated and rather ugly proposal – moving from a total ban to a temporary ban within 24 hours of his initial statement, and now admitting to CNN’s Jake Tapper and others that “there should be exceptions” to the rule even now.

No, I am talking about the increasing ease with which people and publications are comparing Donald Trump to Adolf Hitler.  It is obscene and, with grotesque irony, totally “Trump’esque.”

It is also a practice for which we will all pay a heavy price, and even empower Mr. Trump and his hardest core supporters.

Suggestions of Donald Trump as a Fascist, and hinting comparisons to Germany in the early 1930s have been swirling since the leading Republican candidates comments about Mexicans entering the United States, things have exploded since his comments about banning all Muslims from entering the U.S.

This new phase of grotesque comparisons began recently with the Philadelphia Daily News cover showing an artist’s rendering of Donald Trump, right arm extended at a 45 degree angle, over the caption: “The New Furor.”

Not wanting to be outdone in this journalistic race to the bottom, the New York Daily News followed a day later with a cover portraying Trump Arabian-style scimitar held high in one hand and the freshly decapitated head of the Statue of Liberty held in the other.

And then came CNN’s Fareed Zakaria who cast the “tie-breaking” vote between comparing Trump to Hitler and comparing him to ISIS, in the opening of his Sunday morning show, “GPS.” For the record, he went with Hitler – discussing Mr. Trump while showing footage of the Nazi leader addressing the German Parliament and public.

There are plenty which reasonable people can dislike about Donald Trump, his campaign and at least many of the policies for which he advocates, but Hitler?  ISIS?

Have the people making these comparisons lost their minds?

Do they really believe that one can compare even the most disagreeable postures and policies taken up by Trump, to Hitler -- a man who rose to power on the promise of global domination through genocide and world war – delivering the on the latter and doing his best to complete the former? Or to a terrorist army spreading mass murder around the world and here in the United States?

I don’t know if the people making these decisions are fools, hateful, simply interested in practicing the same kind of demagoguery for which they blame Trump, or some combination of all three.  But this much I do know: They are wrong, and they should be ashamed of themselves for making such comparisons.

How are these comparisons any less offensive than even the worst understandings of Trump’s comments?  How are they any less toxic, less fact-based, or less dangerous in their willingness to demagogue a crucial issue?

They aren’t, and to the extent that we fail to speak out against them, we share a measure of the guilt born by those making them.

It all reminds me of the oft-quoted poem by the German theologian, Martin Niemoller:

First they came for the communists, and I did not speak out –

because I was not a communist;

Then they came for the socialists, and I did not speak out –

because I was not a socialist;

Then they came for the trade unionists, and I did not speak out –

because I was not a trade unionist;

Then they came for the Jews, and I did not speak out –

Because I was not a Jew;

Then they came for me – and there was no one left to speak out for me.

You need not support Donald Trump to know that Hitler and ISIS comparisons hurt us all.  In fact, the real test of our culture is our commitment to stand up for those whom we don’t immediately see as “us.”

That is a lesson that many of Mr. Trump’s detractors seem to forget at least as much as he does – maybe more.

Rabbi Brad Hirschfield is the author of "You Don't Have to Be Wrong for Me to Be Right: Finding Faith Without Fanaticism," and president of Clal-The National Jewish Center for Learning and Leadership.