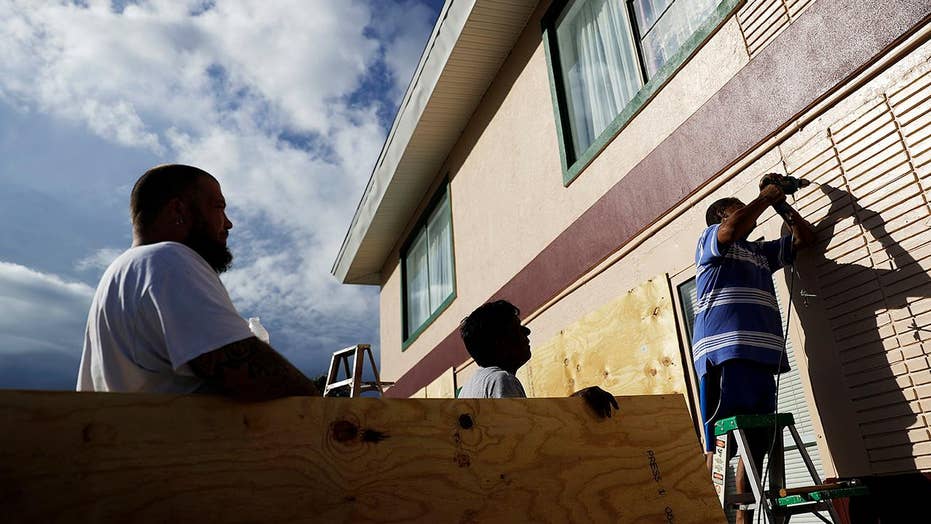 How to prepare for life after a disaster

Billions of dollars in damage caused by Hurricanes Harvey in Texas and Louisiana – and now Hurricane Irma in Florida – has created crises of massive proportions, requiring emergency action to provide victims with shelter, food and water. But as recovery proceeds, survivors will have a critical need for something less obvious – legal help.

Hurricanes and other disasters strike quickly, but recovery can take months and even years. Survivors need help applying for disaster assistance to rebuild their homes, livelihoods and communities. That’s where lawyers and others providing legal aid come in, and why they are desperately needed.

When Hurricane Katrina ravaged Mississippi’s coast in 2005 and again when the BP oil spill compounded the destruction in 2010, I saw firsthand how access – or the lack of access – to civil legal aid can make or break a family’s recovery.

Without legal help, people can be denied insurance and federal disaster benefits to which they’re entitled, simply because they can’t find a deed or other document, which may have been destroyed, or because they don’t understand the process.

At the Mississippi Center for Justice, I coordinated the legal aid community’s response to both disasters. I learned that legal problems abound after a disaster, and that people with low incomes and few assets are at the greatest risk of losing everything – even after they’ve already suffered devastating losses.

Richard Jay, left, and his wife Shanta get help from their tenant Anthony Perreria, right, as they board up their motel ahead of Hurricane Irma in Daytona Beach, Fla., Friday, Sept. 8, 2017. Coastal residents around South Florida have been ordered to evacuate as the killer storm closes in on the peninsula for what could be a catastrophic blow this weekend. (AP Photo/David Goldman) (AP)

No one can turn back the clock and undo the damage of Hurricanes Harvey, Irma and other disasters. But to help people who’ve already suffered terribly, it’s important that federal disaster relief include funding for civil legal aid.

This is why Congress and President Trump must continue to fund the nonprofit Legal Services Corporation, to make sure all disaster survivors have a fighting chance to get back on their feet.

Paulita Kundid, right, and her brother Mike Kundid board up their apartment building ahead of Hurricane Irma in Daytona Beach, Fla., Friday, Sept. 8, 2017. Coastal residents around South Florida have been ordered to evacuate as the killer storm closes in on the peninsula for what could be a catastrophic blow this weekend. (AP Photo/David Goldman) (AP)

But although more than two-thirds of low-income families experienced at least one civil legal problem in the past year, the Trump administration has proposed eliminating the Legal Services Corporation. This would create a new man-made disaster for victims of natural disasters and other crises – forcing them to find their way, alone, through a morass of legal issues.

Without legal help, people can be denied insurance and federal disaster benefits they’re entitled to, simply because they can’t find a deed or other document that may have been destroyed, or because they don’t understand the process.

Disaster survivors can be coerced into paying a landlord who demands rent for housing that is no longer habitable. They can be unlawfully evicted in court by a landlord planning to jack up the rent in response to a post-disaster housing shortage.

Disaster victims can also be scammed by phony contractors or be unable to collect on a final paycheck from an employer that has laid them off. The wide array and complexity of legal problems that impede recovery from a disaster is stunning.

As central players in the recovery effort, groups offering civil legal aid even partner with the Federal Emergency Management Agency and the Red Cross to ensure survivors get the help they need to rebuild. Lawyers mobilize to staff help desks in disaster recovery centers, right beside food and medical stations.

President Trump and congressional leaders have promised help is on the way. Right now, they have a responsibility to ensure that the federal response to Harvey, Irma and future disasters includes legal help. To do so, they should approve federal funding for civil legal aid in disaster relief measures and also fund the Legal Services Corporation in the federal budget.

The Legal Services Corporation – created in 1974 under legislation signed into law by President Richard Nixon – is an independent agency that distributes federal funding to 133 nonprofit civil legal aid groups with more than 800 offices across the country.

As the former president of the Legal Services Corporation, I know from first-hand experience how it can help Americans with enormous needs as they try to get through crises. Funding from the corporation enables lawyers and others in the legal profession to help ordinary Americans with legal matters like wrongful evictions, veterans’ benefits and natural disaster recovery.

Lone Star Legal Aid and Texas Rio Grande Legal Aid – two groups providing the most vital on-the-ground aid to Hurricane Harvey survivors – receive half their funding from the Legal Services Corporation. Cutting off funding to these groups – and to legal aid groups in Florida in the wake of Hurricane Irma – would cause storm survivors an immense new round of suffering.

After Katrina and the BP oil spill during my time as the head of the Mississippi Center for Justice, we represented everyone we could who needed our help. Yet even today, the Mississippi Center for Justice hasn’t closed all those cases – a startling indication of just how stubborn these problems can be and how important it is that civil legal aid be provided to people in need.

President Trump told Harvey’s survivors: “We’re going to get you back and operating immediately.”

And in his weekly address on Friday the president said: “As Hurricane Irma approaches, my Administration is working closely with our state and local partners to help save lives, protect families and assist those in need.” The president added that “when the time comes, we will restore, recover and rebuild – together, as Americans.”

If these leaders are serious about helping the people of Texas, Louisiana and Florida recover and rebuild they should demonstrate the strength of their commitment by funding the Legal Services Corporation and meeting the corporation’s supplemental disaster request of $10.5 million. Survivors of Harvey and Irma need and deserve this help.

Martha Bergmark is the Executive Director of Voices for Civil Justice.