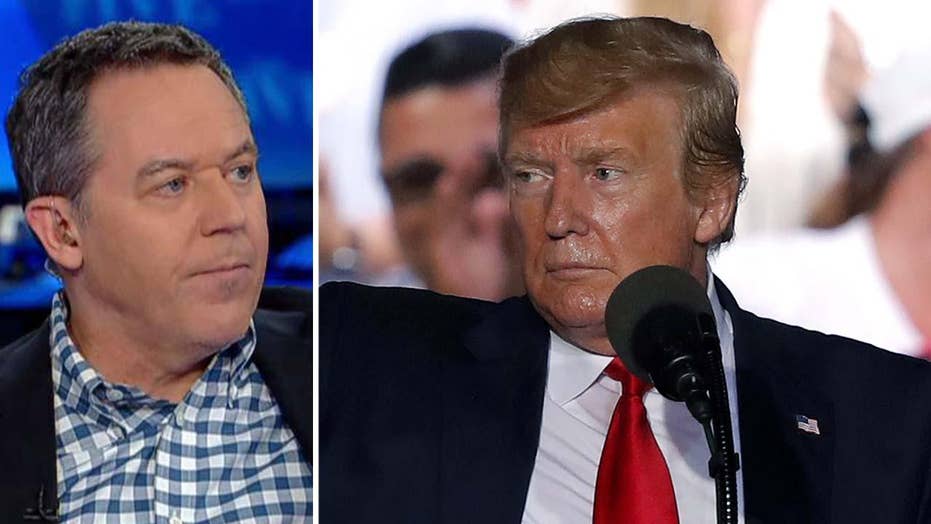 Gutfeld on Trump's prediction for 2020

In Panama City, Fla., Wednesday night, President Trump predicted that continuous Democratic investigations will only help him get re-elected.

That’s because while we are unleashing an unprecedented wave of prosperity, the Democratic Party is trying to return us to the failures of yesterday.

President Trump said at his rally: “But while we’re unleashing an unprecedented wave of prosperity, the Democrat Party is trying to return us to the failures of yesterday. ... They want to do investigations instead of investments. They want to do what they’re doing, which looks so foolish. And maybe I read it wrong, but I think it drives us right on to victory in 2020.”

In the good old days, the Dems could say "Trump's a jerk" and pretend that was a policy statement. Now that things are good they need an actual idea and they're struggling. So it’s their fixation on their own anger that may steer Trump to victory in 2020.

But if that's true, why tell the people running against him now? Maybe because he knows they aren't listening.

That’s what happens to the possessed. When locked in a compulsive addiction they can’t hear anything but excuses, self-delusion and their own incessant need for more. That’s cognitive dissonance – when reality intrudes on your fantasy.

And for the media, the reality of the report by Special Counsel Robert Mueller intruded on their fantasies of a far different outcome. But instead of admitting this outcome is real, one that was told plainly months ago, they deny it really happened.

It's like when science says smoking is bad for you, but the smoker says: "But look at all these old people who are still smoking. They look fine to me."

So the media screamed for the Mueller report. And got it. But they got the real version. Not the fantasy version. So they keep on smoking, knowing it's hazardous to their 2020 health.