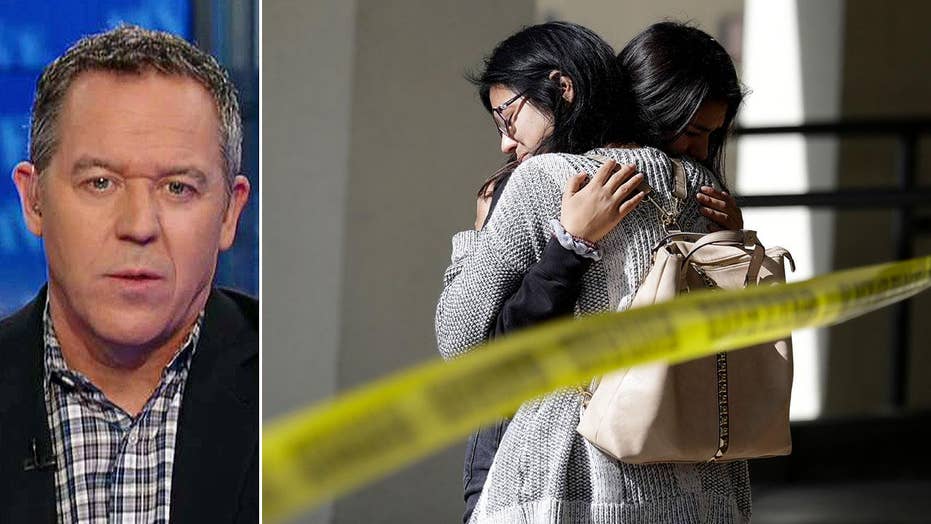 Gutfeld on the shooting in Thousand Oaks

To prevent mass shootings, we need to open ourselves up to uncomfortable ideas, ones that take us out our rigid teams.

A mass shooting, this time in Thousand Oaks California left twelve dead including a police officer, Ron Helus, who gave his life for others.

Now, there is no shortage of ideas when it comes to preventing such horror. The problem is, the loudest voices only offer two choices:

It’s either: "You want more gun control." or "You want to arm everyone."

We need to escape this prison of two ideas, Here’s how.

1. We need a system that works. We once had a process for dealing with people who had a known mental illness, but the process is now paralyzed by fear. People don't want to be pegged as violating someone's rights. Today, psychiatric hospitals house less than a tenth of the people they did in the 50s. Yet our population has doubled. If we can't house them, then at least tag them so they can't get a gun. The shooter terrified his mom. That's what we call a red flag.

2. We need an industry focused on hardening soft targets. A shooters body count is limited by the time it takes for a second weapon to arrive. Enhanced security can only reduce that time.

3. Finally, the media must limit the persuasive power of its coverage. Studies of suicides verify the copycat phenomenon. With mass shootings, the spotlight's no help.

Religious and political terror has an ideology. Criminal homicide has a payoff -- revenge or profit. This is the only terror that exists as an end in itself.

We can stop it. But to do that we need to open ourselves up to uncomfortable ideas, ones that take us out our rigid teams.

Adapted from Greg Gutfeld’s monologue on “The Five” on November 8, 2018.