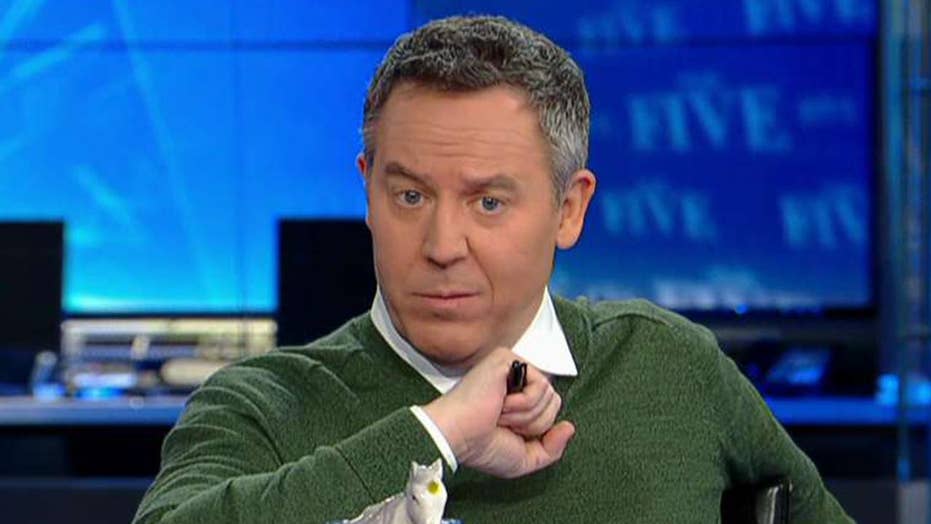 Gutfeld on the media's day of reckoning over collusion

When President Trump said fake news was the enemy of the people, boy, did they prove him right.

Someone’s having a good week, and it's only Monday:

President Trump: “There was no collusion with Russia. There was no obstruction and none whatsoever. And it was a complete and total exoneration. … This was an illegal takedown that failed. And hopefully somebody is going to be looking at the other side.”

Thank God the media saw this coming. Can I hear an "if true?" (emphases added)

WHITE HOUSE DEPUTY PRESS SECRETARY WONDERING WHAT DEMS, MEDIA WILL DO WITH THEIR LIVES AFTER MUELLER PROBE

Anderson Cooper, CNN host, Jan. 18, 2019: “If true, it meant federal investigators had evidence that the president of the United States committed a serious crime and potentially an impeachable offense.”

Chuck Todd, MSNBC host: “If true, it would confirm part of the Steele dossier which alleges that Cohen then met in Prague with a powerful Kremlin figure.”

Chris Hayes, MSNBC host: "Systemic collusion between the Trump campaign and Russia to tip the election in Donald Trump's favor with money changing hands left and right and lots of meetings -- if that is true that's an enormous and incomprehensibly big deal.”

Chris Cuomo, CNN: “How do you explain the Manafort allegations as anything but collusion?”

Ari Melber, MSNBC: “There was no collusion on his part? Tonight I can tell you that might be the most suspicious denial we've heard yet!"

Mike Brzezinski, MSNBC, 2017: “I think they’re shocked that the noose is tightening and that people might go to jail for the rest of their lives."

Hello 911, I'd like to report a death! It’s the mainstream media, finally choking on their own lies.

Now, this should be a victory lap:

Anderson Cooper: “In other words, as the president has insisted from the start – there was no collusion.”

Katy Tur, MSNBC: “So this vindicates the president on collusion?” Reporter: “It does.”

Ari Melber, MSNBC: “A lot of smoke about Russia collusion – but no fire!”

Ken Dilanian, MSNBC: “500 search warrants, 50 pen registers found no evidence of conspiracy by Donald Trump and everyone around him – that’s a huge deal – a huge win for the president.”

So, the Steele dossier was fake, the leaks were fake, the FISA system abused, and the media dragged our country through this B.S.

But, if I were the president, I’d be pissed.

Despite the relief vindication brings, it won’t undo the harmful crap the country went through, thanks to a media who pushed this hallucination.

They cobbled together a tale with weightless words like "if true," and "sources say," but built it with junk terms, spouted by junk analysts, all drunk on their need for post-2016 revenge.

And we had to play along.

Because, skepticism about collusion was portrayed, by the media, as aiding Trump.

That’s like a sloppy drunk wondering, "Has my drinking helped or hurt my reputation?"

Especially when respected reporters pronounced this story worse than Watergate:

Veteran journalist Carl Bernstein, August 3, 2018: “What we are watching in the Trump presidency is worse than Watergate."

Veteran journalist Carl Bernstein, August 22, 2018: “As I’ve said before, what we’re seeing is worse than Watergate because in Watergate the system worked.”

By the way: it wasn’t "commentators" who pushed this, but so-called analysts, reporters and experts.

When Trump said fake news was the enemy of the people, boy did they prove him right.

But it wasn't just about him. It was about you. About dividing us.

Conflict as a business model.

And the media never learns.

So, the Steele dossier was fake, the leaks were fake, the FISA system abused, and the media dragged our country through this BS.

It’s not Trump that Russia snagged. It’s a bunch of useful idiots called the press.