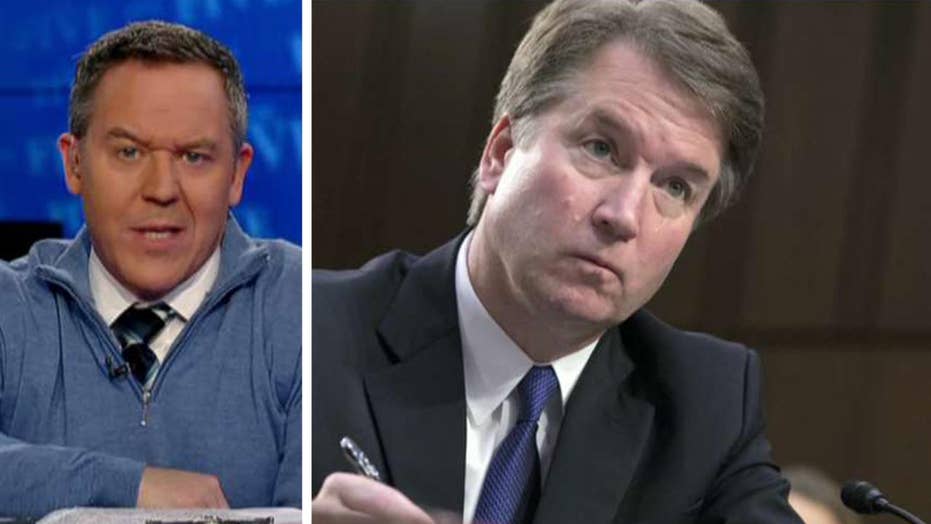 Gutfeld on the Kavanaugh effect on midterms

Maybe the next time they're asked to play fair, Democrats might fear for their careers before destroying someone else's.

The Republicans won the Senate, where they appoint judges; the Democrats took the House, where they fix parking tickets. But the real chumps -- those who rejected due process.

Republicans unseated four senators -- Heitkamp, McCaskill, Donnelly, Bill Nelson....all known for what? Leading the mob trying to destroy Justice Brett Kavanaugh. Four out of the six vulnerable Senate Democrats in Trumpland -- lost. Jon Tester, who voted against Kavanaugh, barely squeaked it out. The one who refused the accusatory bait and voted for Kavanaugh -- Joe Manchin --  he won.

This is good news. It shows that many Americans saw a witch trial unfold before their very eyes, and they didn't shrug it off.

It's true that the two biggest mobsters -- Feinstein and Crazy Maisie did fine in the land of sunstroke and fish paste. But for the rest, their cowardly actions had consequences.

Four people lost their jobs -- so maybe the next time they're asked to play fair, Democrats might fear for their careers before destroying another's. Sure it'd be nice if they didn't resort to such horrible tactics because they're good people. But they're politicians.

On the evolutionary table of people we admire -- you'll find nurses at the top, and politicians at the bottom. They do what they do out of a desire for power.

So if they can't understand right and wrong, maybe they'll understand moving their crap out in boxes.

Adapted from Greg Gutfeld’s monologue on “The Five” on November 7, 2018.