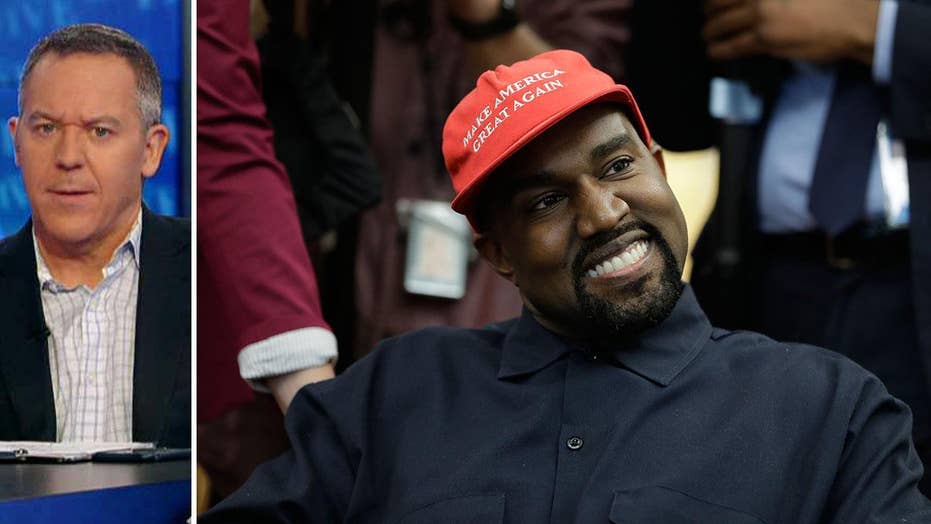 Gutfeld on the Kanye-Trump summit

So, Kanye went to the White House.

I wonder if they tried to scare him into not wearing his hat.

“They try to scare me to not wear this hat. My own friends. But this hat, it gives me power in a way. …

And we’re putting people in positions that have to do illegal things to end up in the cheapest factory ever: the prison system!

Trump: I’ll tell you what, that was pretty impressive, folks!! ((laughter))

Indeed. Because all we really have is today.

“All we really have is today! We just have today. Over and over and over again. The eternal return. The hero’s journey. And Trump is on his hero’s journey, right now. And he might not have had expected to have a crazy motherf***er like Kanye West run up in support. But best believe we are going to make America great!

So -- just another day in the Trump presidency.

This really is a new frontier -- full of incredible allies, surreal surprises.

After being told it was the apocalypse, we have a booming economy ridiculously low unemployment, a new justice, no big ugly wars, progress in trade, and peace is breaking out among the Koreas.

And now you have the world’s biggest male pop star going to the White House to discuss big issues.

And getting what seems to be a concession.

You'd think he would receive media acclaim for trying. You'd be wrong.

Ali Velshi, MSNBC: “That was bonkers.”

Stephanie Ruhle: “if you think you’re going to get a thoughtful play-by-play and political analysis, you’re not. Because that was an assault on our White House.” … “that was crazy. That was bonkers.

Such ridicule, by those who would never think of taking such risks.

They call the event “bonkers,” and crazy -dog whistles meant to bring up Kanye's mental state.

Sorry, Steph -  if you used mental illness as a disqualifying factor to express opinion, you'd have no guests on your network.

So, after today expect a pile-on. “SNL” will do a skit that will be much less entertaining than the real thing. And the means girls at CNN will call him names like they did Wednesday night.

Tara Setmayer, political commentator, CNN: “…and he’s an attention whore, like the president. He’s all of a sudden now the model spokesperson. He’s the token negro of the Trump administration.”

Advice: when you're on TV giving a hot take in front of a dwindling audience,I'd hold off the accusations of attention seeking.

But West can handle it.

None of this bothers him because he’s on a mission.

And the risk he's taking -- extending an olive branch to someone the media demands he condemn -- lifts him above and beyond the abysmal groupthink of the entertainment world.

Especially when he does this.

Trump: that’s really nice! … Jim, Kanye – I really appreciate it. So let’s go have some lunch.

Let’s go have some lunch?

Why bother? You just ate the Democrats.