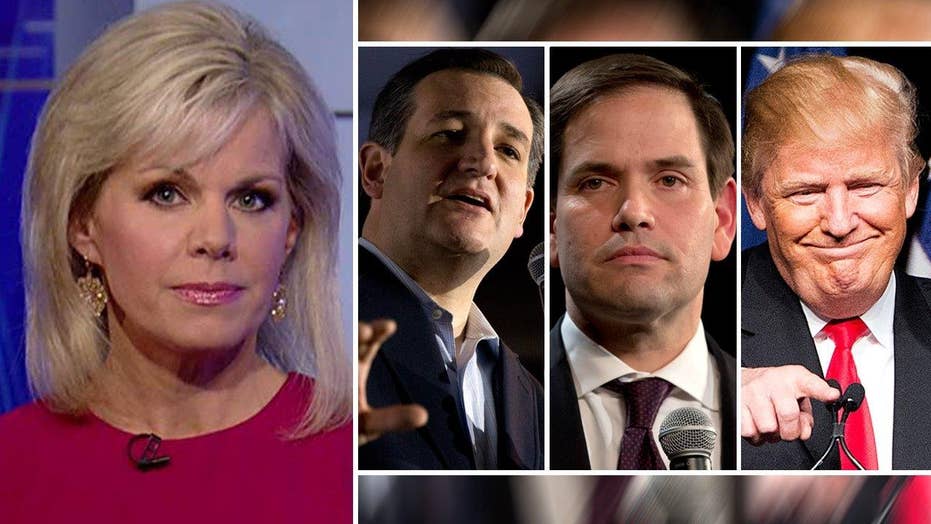 Gretchen's Take: Three's a crowd in the GOP race

Rubio and Cruz continue to split the anti-Trump vote

Three's a crowd right? Well, that's where we find ourselves now on the GOP side for the presidential race. Trump, Rubio, and Cruz. Yes, Donald Trump won South Carolina soundly, but look what happens when you add up the percentages between Rubio and Cruz. At roughly 44-percent of the vote, the combo beats Donald Trump. Moving forward, Rubio and Cruz will continue to split the vote and that may mean Trump will continue to win. There's no reason for either of them to even think about getting out of the race. Cruz has a lot of southern states coming up -- thought to be strong for his camp --- and then the Texas primary, his home state. The negatives? His original plan to capture the majority of evangelicals in the south didn't pan out in South Carolina and could be predictive of what will happen moving forward. Advantages for Rubio? He will more than likely benefit from Jeb Bush being out of the race and if John Kasich doesn't survive one could argue those votes would go to him as well. On the other hand, you still can't get past three's a crowd, and as long as both Rubio and Cruz continue to split the anti-trump vote, the longer Donald Trump will continue to win.