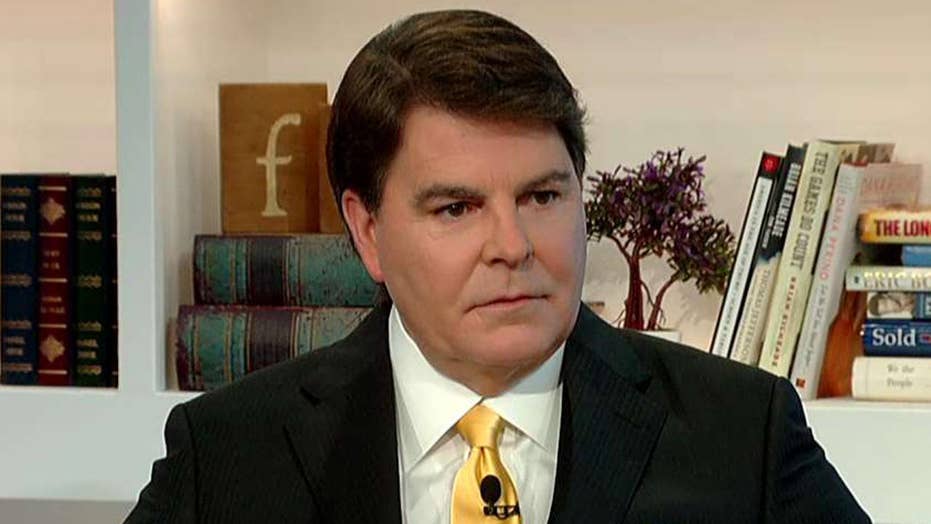 Jarrett: Rosenstein should have long ago recused himself

The Washington Post is reporting that Robert Mueller is now investigating President Trump for obstruction of justice, examining not only the president’s alleged statement to James Comey in their February meeting, but also the firing of the FBI Director.

If true, this development makes the argument even more compelling that Mueller cannot serve as special counsel.  He has an egregious conflict of interest.

The two men and former colleagues have long been friends, allies and partners.  Agents have quipped that they were joined at the hip while at the Department of Justice and the FBI.  They have a mentor-protégé relationship.  The likelihood of prejudice and favoritism is glaring and severe.

So, it is incomprehensible that the man who is a close friend of the star witness against the president… will now determine whether the president committed a prosecutable crime in his dealings with Mueller’s good friend.  Mueller cannot possibly be fair in judging the credibility of his friend versus the man who fired him.

Is the special counsel now motivated to retaliate against the president for ending Comey’s career at the FBI?  Will he be tempted to conjure criminality where none actually exist?

Even worse, are Mueller and Comey now “colluding” by acting as co-special prosecutors to bring down the president?  By meeting in advance of the Senate Intelligence Committee hearing, did they plan Comey’s testimony to depict Trump in the most incriminating light?  These are legitimate questions that invite serious concerns.

Mueller has a reputation for honesty and integrity.  But even scrupulously honest people can be influenced in ways they do not recognize themselves.  It is the human condition.  Which is precisely why there are legal and ethical rules which demand recusal based on prior personal relationships.

This conflict of interest is manifest.  It is not fair to President Trump as the reported subject of the investigation, and it is certainly not fair to the American public.  They deserve a legal process that is utterly devoid of partiality and bias.  Even the appearance of a conflict requires recusal under the law.

In all matters, prosecutors are forbidden from presiding over a case in which they have a personal relationship with a key, pivotal witness.  This is the kind of disqualifying mandate which, if violated, can and should result in disbarment proceedings against a lawyer.  Mueller is violating not only the special counsel statute, but the Canons of Ethics and its successor, the Code of Professional Responsibility, which govern the conduct of lawyers.

Compounding the conflict is the debate over whether Comey himself committed crimes.  He admitted in his testimony that he leaked the memo reflecting his alleged conversation with President Trump.  It is a felony to convert government property (the memo) to personal use and then “convey” it to someone outside the government without authorization.

Moreover, Comey’s non-disclosure contract promises he will not disclose the very kind of information he leaked to the media.  Doing so, subjects him to “criminal sanctions and personal liability in a civil action” for money damages.  It matters not that he is no longer at the FBI.  His agreement is a binding, enforceable and actionable contract regardless of Comey’s job status.

Will Mueller be tempted to ignore the evidence against his friend and choose not to investigate and/or prosecute Comey?  This is yet another flagrant conflict of interest that compels Mueller’s immediate departure from the case.

Acting Attorney General Rod Rosenstein, who appointed Mueller, is the only person who can fire the special counsel.  But he, too, has a conflict of interest if Mueller’s investigation now includes Comey’s firing.  Inasmuch as Rosenstein is the person who composed the memo that formed the basis for Comey’s termination and may have had conversations with the president about the reasons for firing Comey, Rosenstein now becomes an important witness.

He cannot serve as Mueller’s boss at the Department of Justice while simultaneously acting as a witness in the case being investigated by his appointee.

The only solution is for both men to voluntarily resign from the case.  In the alternative, Rosenstein should fire Mueller and then recuse himself from the case.  In either scenario, another top official at the DOJ would take charge of the case and appoint a new special counsel – this time an impartial one who is not hopelessly conflicted.

If Robert Mueller truly embraces a fidelity to the law and all its attendant principles of legal ethics, he will step down as special counsel.

What is stunning about all these obvious conflicts of interest is the conspicuous silence.  Where is the outrage?   Why are we not hearing a cacophony of demands for Mueller’s resignation?

President Trump should demand it.  And so should the American people.