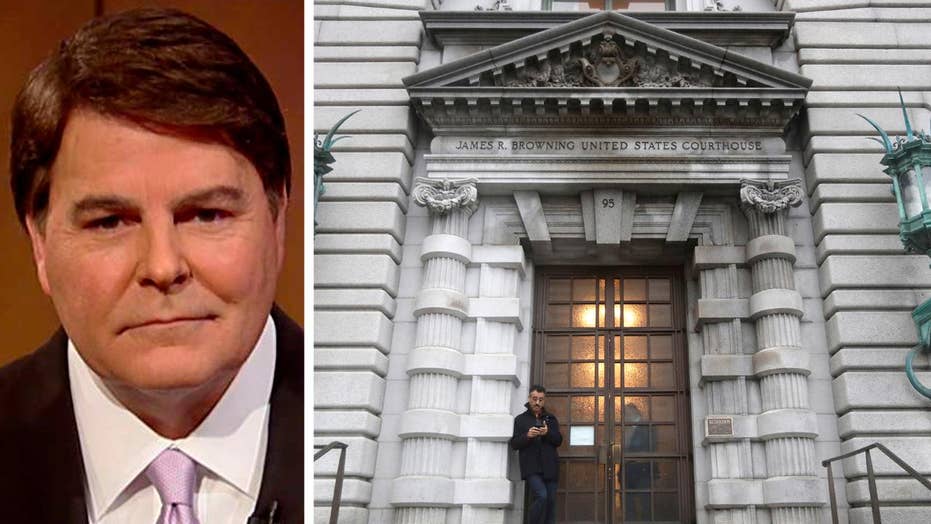 The best you can say about the 9th Circuit Court’s decision upholding the temporary halt to President Trump’s immigration ban… is that the court is consistent. Consistently wrong.

The 9th Circuit has managed to achieve an embarrassing reversal rate of 80 percent, according to a study by the American Bar Association.

The Supreme Court must get awfully tired overturning the appellate court’s aberrant decisions, don’t you think?

It’s as if the 9th operates as an island unto itself, with its own set of twisted legal rules wholly inconsistent with the principles enunciated by the Supreme Court.  The opinion rendered Thursday evening is poorly reasoned and contrary to long-established law.

As bad as the 9th Circuit decision is, the judges did not declare that Trump’s order is unconstitutional or that it discriminates against people.  It simply said those legal principles are applicable and the lower court should now hold a full hearing or trial on the merits.

Here’s a look at what the court concluded, however erroneously.

The Plaintiffs have “Standing” to Sue

This is such a Gumby-type stretch it is almost laughable.   The 3 judge panel hypothesizes that one of Washington state’s public universities would suffer irreparable harm because a couple of visiting scholars may be denied entry to the U.S. and that some researchers might have trouble traveling to and from the 7 countries targeted by Trump’s ban.

That is not the kind of significant “actual harm” required by law.  At best, it is incidental or what lawyers call a “de minimis” potential harm.  Such trivial or minor injury is not good enough in court and should never be sufficient to sustain a lawsuit based on “standing” to sue.

Alan Dershowitz, perhaps the most prominent appellate lawyer in America who is professor emeritus at Harvard Law School, said he has never seen anything like this  decision on “standing” in his 53 years of doing appellate work.  ‘Nuff said.

“Due Process” Extends to Aliens

Equally astonishing is how the 9th Circuit seems to imply that U.S. constitutional protections attach not only to citizens and non-citizen residents, but aliens who are not even here in the U.S. Well, that is a new and novel concept.

The vast majority of people affected by Trump’s order are foreigners applying for visas to come to America. Courts have never conferred “due process” or any other constitutional privilege to aliens seeking entry. They do not have a right to come here. They do not enjoy the many benefits which the First, Fifth and Fourteenth Amendments confer.

If the 9th Circuit had its way, the whole world could invoke our constitutional protections.

“No Evidence” of Terrorism

This is the most offensive part of the judges’ decision. The court claims, incorrectly, there is “no evidence” that anyone from the 7 nations has committed a terrorist act.

First, that is demonstrably wrong. More than 2 dozen plots have been stopped.  If the judges had bothered to do a 5 minute Google search they would have discovered that several dozen suspected terrorists from those 7 countries have been arrested and/or convicted of violent plots.

Either the court is uninformed or the judges seem to think foiled plots are not good enough.  Does an attack have to be successful to constitute a viable threat?   Of course not.

The president is authorized and duty-bound to take preemptive action to protect the lives of Americans.  It is akin to the doctrine of “self-defense”.  You don’t have to wait until you’re shot to defend yourself.  If the president fails to take action, he is in dereliction of his sworn oath.

Second, these judges are not even entitled to see most of the “evidence” of a threat.  They do not have security clearance for the classified intelligence information upon which the president bases his order.  Which is precisely why congress conferred to the commander in chief the power to make national security decisions on immigration.   Carter & Obama issued orders similar to Trump’s, but the 9th Circuit takes no notice.

The Supreme Court has repeatedly ruled that congress and the president have “plenary power” to regulate immigration, meaning absolute authority.  Even the 9th Circuit has endorsed this legal principle. These 3 judges seem to be faint of memory. Obtuse or oblivious.

Nowhere in the court’s 29 page decision do the judges examine in earnest the most important legal principle.  That is, the 1952 Immigration and Nationality Act which gives the president the power to decide who can and cannot enter the U.S.

The fundamental job of these judges is to decide whether President Trump has authority under that law to exclude “any class of aliens” considered to be “detrimental to the interests of the United States”.  The judges do not address it, probably because they could conjure no way around it.  Instead, they seem obsessed over whether the president is exercising his authority wisely.

It is not their constitutional role to make policy judgments.   And the Supreme Court in past decisions has said so.  Clearly, these judges are politicizing what is supposed to be purely legal.

Campaign Speeches as Evidence of Intent

The court asserts that Trump's campaign speeches can be considered as evidence of the intent to discriminate against Muslims.  Which is absurd. Discrimination should be determined from the language of executive order itself. Political rhetoric on the campaign trail is notorious unreliable and misleading.  How often do politicians change their minds, modify their policies, retract them, or even lie?

If the overwrought discourse of a campaign is the standard, then the Supreme Court should reconsider its ObamaCare ruling because we later learned that President Obama was deceiving Americans when he made all those speeches promising they would get to keep their doctors and their insurance policies.

The case goes back down to the lower district court for a full hearing on all these matters.  Of course, that will take considerable time, all the while the clock is ticking on the executive order which lasts only 90 and 120 days.  The district court might eventually determine the EO is legal, as the Boston judge did.

Will Trump appeal the 9th Circuit's decision to the Supreme Court?  He could, but I doubt the high court would even take the case. SCOTUS rarely accepts petitions to review temporary, interim orders.  The Supremes do not like to rule on cases that have not been fully litigated in the lower courts.

Trump can always accelerate the implementation of his new stricter vetting program. At that point, he would revoke his order… causing all the court cases to be dismissed. There would no longer be a controversy for a court to resolve.

So do bad judges.