The Foundation for the Defense of Democracies issues an alarming report about Beijing’s expanding tentacles in international agencies; Eric Shawn has the Fox News exclusive.

America is the most generous country in the world, but we can’t let others take advantage of us. Sadly, that’s exactly what’s happening as the U.S. leads the charge to vaccinate the world against the coronavirus.

The United Nations and other global institutions are abusing our generosity. Worse, Communist China – which is responsible for the pandemic – is gaming the system to benefit itself at our expense.

Look no further than Covax, the U.N.-backed effort to provide vaccines to struggling countries. The U.S. has committed at least $4 billion and 55 million vaccine doses, with the promise of at least half a billion more – free of charge. Such massive donations show America’s generosity in action.

Yet Covax has responded by planning to buy more than half a billion doses of China’s sub-par vaccines, which aren’t nearly as good as ours and have failed to stop outbreaks across the world.

This action is a slap in the face to the United States. Unlike us, China has donated precisely zero vaccine doses and zero dollars, yet Covax is rewarding it with potentially billions of dollars. It’s insulting after the U.S. gave so much taxpayer money to Covax.

While we aren’t directly funding the Chinese payday, there’s little difference. The situation is one step removed from the U.S. giving China a massive check.

President Biden has failed to solve this obvious problem. He’s simultaneously undermining America in another way. Biden is supporting a global effort that would force the United States to give up the secret to its vaccine success.

Right now, the World Trade Organization is pushing a proposal that would let other countries effectively steal data from U.S. vaccine makers. They would then use this information to manufacture the vaccines themselves. Not only does this hurt the American companies that invested billions of dollars to create these medical breakthroughs, it also plays right into China’s hands.

The tyrants in Beijing desperately want to figure out how to make vaccines that are as good as America’s – especially since China’s current vaccines are well-known to be less effective. The Communist Party wants to position itself as a global leader in health care and an alternative to the United States.

Now China is getting what it wants. It wouldn’t have to hack U.S. companies, because Biden would be handing over our secrets on a silver platter. There’s a reason America led the world on vaccine development, but Biden is ensuring we won’t maintain our lead.

All of these actions make a mockery of America’s generosity.

America should be as generous as possible. But it’s just as important to show good  judgment.

The United States should not let global bodies abuse the fact that we created a vaccine in record time or squander our money in the campaign to vaccinate the world. It’s wrong to do that, period. It’s doubly wrong when it strengthens China, our biggest competitor.

If Joe Biden wants to make the most of America’s generosity while upholding our interests, there are three things he should do immediately.

First, demand that Covax not buy Chinese vaccines. If the U.N.-led effort refuses, the U.S. should stop providing money and vaccine doses. Instead, the U.S. should give these resources directly to countries that need them, in order to avoid a bureaucracy that stabs us in the back. 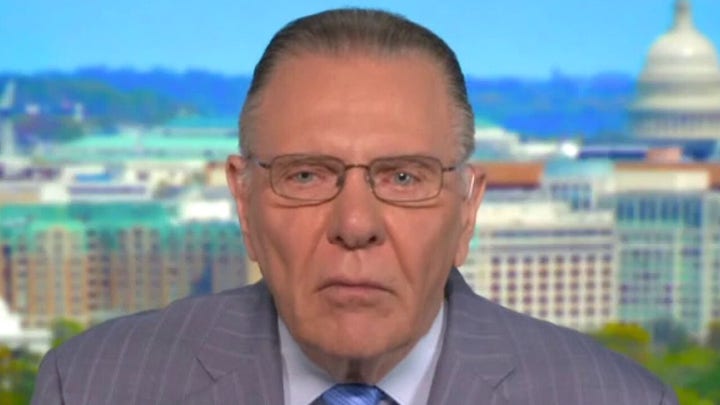 Second, defend American innovation by opposing the World Trade Organization’s assault on our vaccine makers. The U.S. can help other countries vaccinate their people without hurting our own ability to create medical breakthroughs. There is never a good reason to hobble American companies while giving Communist China a leg up.

Finally, rethink America’s approach to global institutions. The current problems stem from Biden’s belief that it’s better to be along for the ride, even when the U.S. suffers and reform is impossible. This is foolish. The United States should expect more from the institutions we support. We should never accept it when they undermine our interests.

By all means, America should be as generous as possible. But it’s just as important to show good  judgment.

The United States is being taken advantage of, and Communist China stands to benefit the most. That’s wrong, it’s dangerous, and it has to stop.