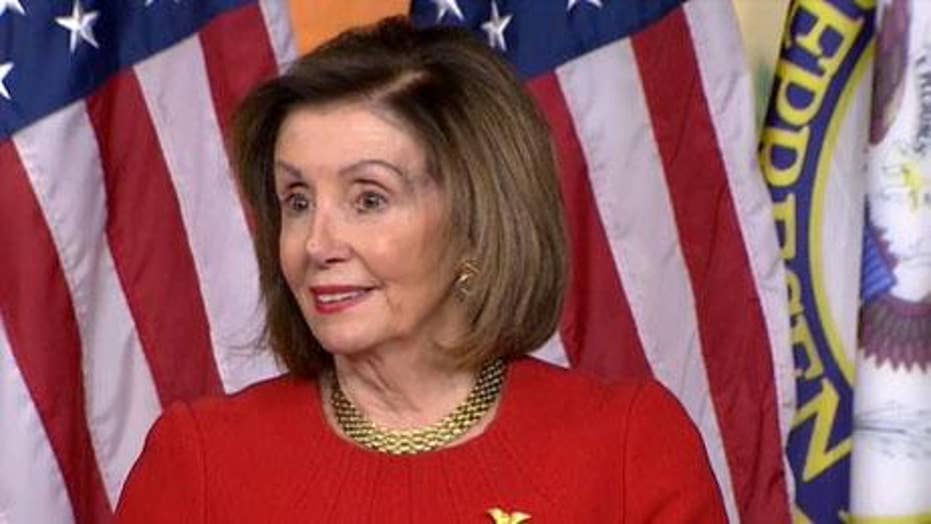 Pelosi on Trump impeachment: 'I have a spring in my step'

Speaker Pelosi says President Trump has been held accountable, the response to impeachment has been bipartisan and her members spoke about facts of the case patriotically and solemnly

Now that the House has impeached President Trump, all eyes turn to the Senate. According to Article 1 of the Constitution, what happens next is a trial there to determine if the president should be removed from office.

But House Speaker Nancy Pelosi, D-Calif., has thrown a wrench into that constitutional process by announcing that she will most likely not send the articles of impeachment to the Senate until she is satisfied that the Senate will conduct what she determines to be a “fair” trial.

The word “unprecedented” gets thrown about in Washington all the time, but this really is something else.

TUCKER CARLSON: WHAT IF TRUMP'S IMPEACHMENT IS DESIGNED TO DISTRACT YOU FROM WHAT'S REALLY GOING ON

Can Pelosi do that? Is the impeachment process truly on hold until Pelosi decides to transmit the articles to the Senate?

Critically, there is no mention of procedure here. So where does this supposed transmittal requirement come from? The answer is the Senate’s own rules. Specifically, its rules governing impeachment procedure. 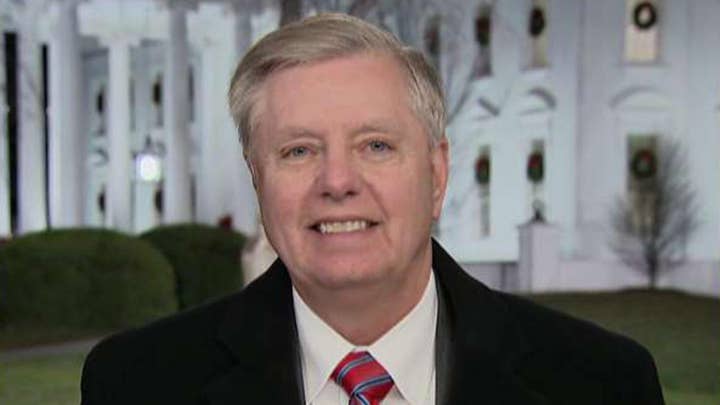 So can Pelosi delay an impeachment trial? Yes, as long as the Senate doesn’t change its current rules. But there’s absolutely nothing stopping it from changing this rule, and the Senate should change the rule to prevent this sort of gamesmanship.

The Senate should not let Pelosi interfere with its constitutional obligations and its independence in this way.

Impeachment of the president shakes the nation to its core, and when, as here, it’s done in a nakedly partisan way, it divides the country and damages our constitutional framework. It needs to be over as quickly as possible.

Having set this boulder rolling, House Democrats should not be allowed now to hold it up. They started this process. It’s up to the Senate to finish it on its terms alone. Not Pelosi’s.