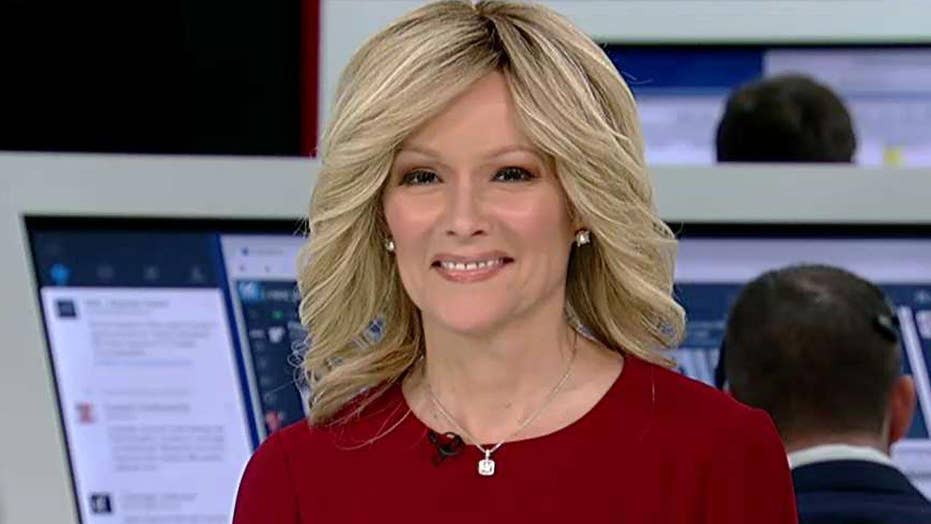 On April 28, I was diagnosed with breast cancer and decided to take extended medical leave from the Fox Business Network, my work home for six years, to seek treatment.

Three weeks after hearing that initial diagnosis, I told the Fox audience in these Opinion pages that I would be back. Getting better, I said, is something I fully intend to do.

Today, on October 10, I am happy to report, I can keep my promise to you. I can’t report, not yet, that I am cancer free but I am on my way and coming back to work for the first time today since last spring.

There have been twists and turns along the way. Most important, the cancer was more advanced than the doctors originally thought. Stage 3, rather than early Stage 2. That meant aggressive treatment – mastectomy, four months of chemo (Doxorubicin, the “Red Devil” and Taxol). I’m not done with treatments yet – there’s even another surgery left to go – but I am through the worst of it and grateful for my progress.

I wasn’t just a patient with a tough diagnosis and long treatment and recovery paths, I was a student. That’s because cancer is an instructor, a teacher imparting life lessons that go far beyond the sick bed.

Through it all, I wasn’t just a patient with a tough diagnosis and long treatment and recovery paths, I was a student. That’s because cancer is an instructor, a teacher imparting life lessons that go far beyond the sick bed.

Today, as I return to the people and networks who have been so patient and caring, I am sharing the most important lessons with you, the Fox audience, who have rallied behind me on social media throughout this time.

1. You’re never alone. Everybody has cancer. Or that is the way it seemed to me when I went public with my diagnosis.

People I had known as producers and on air talent revealed stories they had never shared with me before about their own struggles -- or their family’s struggles -- with the demon. Cancer, it turns out, is an epidemic.

One in eight or 12 percent of women in the U.S. will develop breast cancer in their lifetime. Overall, the American Cancer Society expects 1.7 million new cases of cancer of any sort to be diagnosed in 2016. Nearly 600,000 folks will die of the malady this year alone.

As I proceeded along the road of treatment, I entered cancer’s parallel universe, meeting other patients, survivors and those touched by the disease, who inevitably offered support. Grocery store cashiers offered to carry my bags unbidden. One woman crossed a busy restaurant to come to my table, squeeze my shoulder and tell me I looked beautiful – even though I was wearing a grey skull cap to hide my bald head. On social media, Fox viewers told me their stories of survival.

2. Success requires that you have your priorities straight. For better or worse, my hair has become a defining feature of my on-air presentation. (I’d rather it was poise or grace, but there you have it.)

When I learned that chemo would take my hair, my eyebrows and eyelashes, I briefly considered an expensive and time consuming treatment that might save it.

It wasn’t long before I realized that hair isn’t my top priority. Getting better is. And to that end, it was my family that quickly came to my rescue, reminding me where they stood on my priority list – at the top.

My husband was first in the line of fire as I struggled. He has been a world class cancer care giver. He never pitied me and I am grateful for that.. Yet, he instinctively knew when my confidence was failing and would bolster me. He would crack endless jokes.

My 82-year-old mother who hates flying hopped a plane to see me, cell phone in hand to keep remote family members informed. When my brother visited, we reconnected in a way we haven’t since childhood.

3. Gratitude can help see you through. When I started treatment, one of my good friends seeking to console me proffered that I must be feeling like, “Why me?” “Why have I been chosen?”

The truth is, I rarely had those sentiments. Far more common, were waves of gratitude -- thankfulness for being alive, for the day, for the beauty I encountered when I was well enough to take walks.

The feeling was often overwhelming. Getting through the rigors of cancer treatment, spending hours listening to the rhythmic thump of the chemo delivery system, knowing that the treatment is dangerous and has potent side effects opens a window to the positive in your life, and a key to getting better is a positive attitude.

4. You can’t have control all the time. My cancer journey started uneventfully enough in my primary care physician’s office. She’s sweet, very patient and funny.

I thought I had felt something odd in my right breast but I was pretty confident that it couldn’t be too serious because I had a mammogram six months earlier that was clear. But after examining me, she said determinedly, that I needed more testing. “Let me get my calendar,” I said. “I can probably go later this week.” She shook her head. She wanted me to go now, right now, to a hospital.

5.  Make room for spirituality. Despite the fact that my brother is a Presbyterian minister and my great-grandfather was a circuit riding Baptist minister (religion runs in my Southern veins), my life pre-cancer was a spiritual void, lots of work deadlines, and goal tending, but little else. But as soon as I was able, I found myself naturally getting up one Sunday morning to go to church.

It was if I had never left. The hymns were the same. And, the messages too. But it wasn’t just the reassuring voice of a minister I was seeking. I wanted to be reminded of where I stood in this world, of humility and patience.

I was inspired in this journey by hundreds of Fox viewers who reached out to me on Facebook and Twitter to offer me encouragement. Many, many times you would mention that I was in your prayers.  I can’t tell you how powerful this was.

Finally, yes, cancer is a tough teacher, but along the way my family, the people at Fox and the extended family that is Fox, fans and viewers,  have had my hand and helped me.

Fox executives, Bill Shine and Gary Schreier, have reached out to me throughout my journey offering encouragement and assistance.

To everyone, I say, thank you. I haven’t felt alone in a long time. And, though I still struggle with being in charge, I am often filled with gratitude and wonder at the generosity of our world that exists side by side with the venality and narcissm of both the pop and political culture.

It’s important to remember in this crazy political season that goodness thrives. I have seen it.