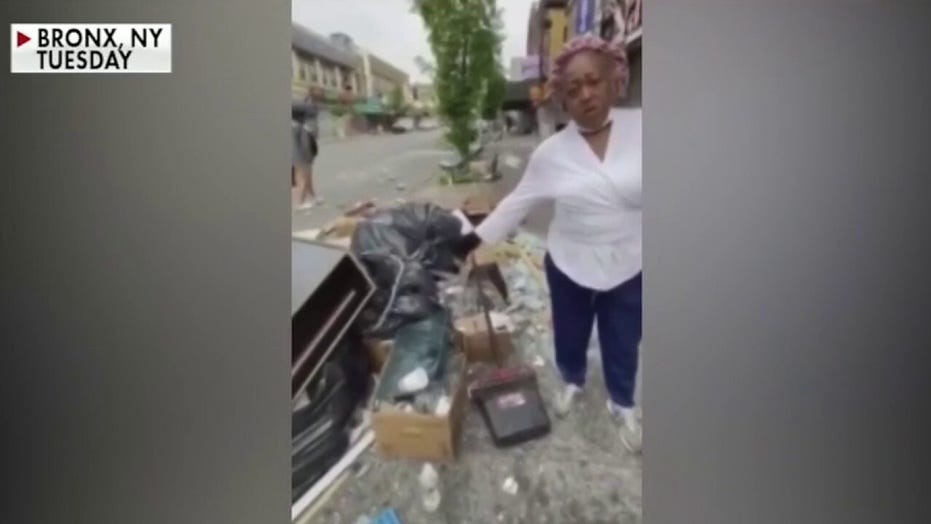 The United States is calmer, though still threatening, following days of rioting that spread with lightning speed across the nation, with murderous assaults on police officers and civilians and the ecstatic annihilation of businesses and symbols of the state.

Welcome to a real civilization-destroying pandemic, one that makes the recent saccharine exhortations to “stay safe” and the deployment of police officers to enforce outdoor mask-wearing seem like decadent bagatelles.

This particular form of viral chaos was inevitable, given the failure of Minneapolis’s leaders to quell the city’s growing mayhem. The violence began on May 26, the day after the horrifying arrest and subsequent death of a black man named George Floyd as he lay handcuffed on the ground.

On the night of May 28, Minneapolis Mayor Jacob Frey ordered the city’s Third Police Precinct evacuated as the forces of hatred, distinct from legitimate forms of protest, descended upon it for a third day in a row. The building was promptly torched, sending a powerful sign that society would not defend its most fundamental institutions of law and order.

On May 29, Minnesota Gov. Tim Walz explained his reluctance to mobilize the National Guard as an unwillingness to seem “oppressive.” Naturally, he apologized for his white privilege – “I will not patronize you as a white man without living [your] lived experiences” – and explained the feral violence as an understandable response to racial injustice.

“The ashes are symbolic of decades and generations of pain, of anguish, unheard,” Walz said. Few arrests were made after five days of rampant crime.

The media, visibly exhilarated by this latest explosion of black rage, had its own explanation for the chaos: people were upset that the white officer who had kept his knee on Floyd’s neck for a sickening eight-plus minutes had not yet been arrested and charged.

But when that arrest came, along with murder and manslaughter charges after a lightning-fast investigation by the district attorney, the anarchy continued – not just in Minneapolis but across the country.

Political leaders elsewhere were just as reluctant to use the necessary force to quell the violence. New York City Mayor Bill de Blasio called on police to use a “light touch” in response. New York Gov. Andrew Cuomo coolly predicted on Sunday, during his now absurdly irrelevant daily coronavirus press conference, that the violence would continue.

“The explosion we saw last night we’ll probably see again tonight,” Cuomo said –obviously confident in his own physical safety, if not the safety of the rest of the state’s residents.

The attacks on local law enforcement were already happening out of sight of TV cameras before the most photogenic scenes of arson and the stomping of squad cars started showing up on network and cable news.

On May 26, and May 27, Chicago residents surrounded and threw bottles at Chicago police trying to arrest gun suspects. One suspect was the likely perpetrator of a shooting that had just hit a five-year-old girl and two teenage boys. The other had just thrown his gun under a car; the cop-haters tried to free him from the squad car. No surprise that Saturday night, downtown Chicago was plundered.

This pandemic of civil violence is more widespread than anything seen during the Black Lives Matter movement of the Obama years, and it will likely have an even deadlier toll on law enforcement officers than the targeted assassinations we saw from 2014 onward.

On Tuesday, for example, four St. Louis officers were shot, and a police captain was killed, amid looting in the city. The next night, in Brooklyn, an officer was stabbed in the neck and two others were shot.

Even worse is to come, because since 2015, the country has absorbed another five years of academically inspired racial victimology. From Ta-Nehisi Coates to the New York Times’s 1619 project, the constant narrative about America’s endemic white supremacy and its deliberate destruction of the “black body” has been thoroughly injected into the political bloodstream.

Facts don’t matter to the academic victimology narrative. One facts is that whites are the overwhelming target of interracial violence. Between 2012 and 2015, blacks committed 85.5 percent of all black-white interracial violent victimizations (excluding interracial homicide, which is also disproportionately black-on-white), according to the Bureau of Justice Statistics. That works out to 540,360 felonious assaults on whites.

Whites committed 14.4 percent of all interracial violent victimization, or 91,470 felonious assaults on blacks. Blacks are less than 13 percent of the national population.

If white mobs were rampaging through black business districts, assaulting passersby and looting stores, we would have heard about it on the national news every night. But it is not happening.

The national media have been insisting on the theme of the allegedly brutal Minneapolis Police Department. They said nothing as black-on-white robberies rose in downtown Minneapolis late last year, along with savage assaults on passersby.

Why are the Minneapolis police in black neighborhoods? Because that’s where violent crime is happening, including shootings of two-year-olds and lethal beatings of 75-year-olds.

Just as during the Obama years, the discussion of the allegedly oppressive police is being conducted in the complete absence of any recognition of street crime and the breakdown of the black family that drives it.

Once the violence began, any effort to “understand” it should have stopped, since that understanding is inevitably exculpatory. The looters are not grieving over the stomach-churning arrest and death of George Floyd; they are having the time of their lives. You don’t protest or mourn a victim by stealing Oxycontin, electronics, jewelry and sneakers.

Fittingly, the ideological handmaiden of this violence – academia – has already sprung into action.

The chancellors and presidents of Harvard, the University of Arizona, the University of Pennsylvania and Yale – among others – released statements last weekend assuring their black students of their schools’ commitment to racial equity, in light of the George Floyd death – an event wholly unrelated to academic institutions. No college leader denounced the violence.

UCLA Chancellor Gene Block – as well as the school’s $400,000 a year vice chancellor for equity, diversity and inclusion and a parade of deans – announced that the Office of Equity, Diversity and Inclusion and the school’s legions of equity advisers would be coming up with new programs for “virtual reflection spaces” in which to “humbly acknowledge the pain.” The school’s resources for racial trauma would be beefed up.

The academic diversity bureaucracy has now been given a whole new excuse for existence and can be assured that it will escape the cost-cutting chopping block, even as universities beg the federal government for more coronavirus bailout money.

The great philosophers and poets of the West – from Aeschylus and Euripides, to Shakespeare, Hobbes and the American founders – understood the chaos and lust for power that lurk beneath civilization. Thanks to the magnificent infrastructure of the rule of law, we now take stability and social trust for granted. We assume that violence, once unleashed in the name of justice, can easily be put back in the bottle.

It was a signal accomplishment of both politics and science to banish humanity’s millennia-long fear of darkness. That city dwellers are now re-experiencing that fear with each fall of night is a measure of how rapidly we are losing our hard-won progress.

Adapted from a column that first appeared in City Journal.