News that the American Girl franchise has a "Smart Girls' Guide" for avoiding caring adults and leaving girlhood behind permanently has Christmas-shopping parents like myself confused. At a time of economic severity for many families, just what would make moms and dads put down hard-earned money for an expensive and girly product made by a company that wants girls to know they might not be good enough as they are?

According to Fox News, the company's latest book, titled "A Smart Girl's Guide: Body Image," "is marketed to girls ages 3 to 12 [and] encourages children to talk with a doctor if they are questioning their gender identity."

It’s hard to say what the marketing geniuses at American Girl Doll company were thinking as they released a 96-page paperback written by the company's Content Development Editor Mel Hammond, pushing puberty blockers to a cohort of girls willing to buy the absolute frippery of American Girl fashion. But implied in the "smart" title of the book is the message that there is a stupid choice, too. 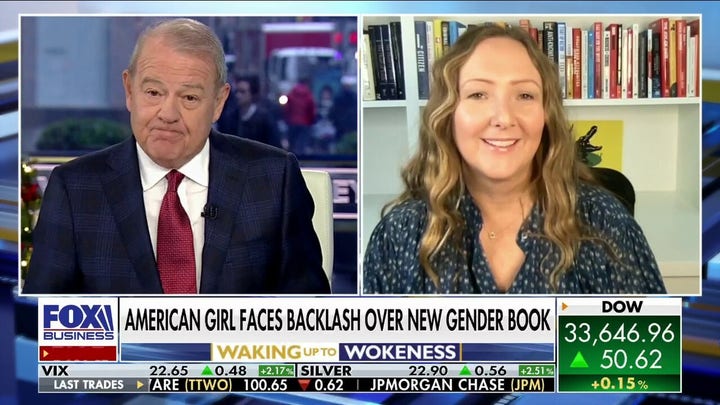 Hammond earlier wrote a treatise for doll lovers addressing climate change called "Love the Earth!" with this subtitle: "Understanding climate change, speaking up for solutions and living an earth-friendly life," saying that the plan was to possibly turn next to a book on camping or ice cream recipes … which might have been almost readable unless you like a story with more imagination and less earnest lectures.

In that book, on a page titled "Fun Without Fossil Fuel," Hammond didn’t emphasize that fossil fuels are used in plastic production, a key component of the many expensive items for sale at American Girl Doll outlets.

Certainly missing from the content was advice on going green with soy dolls perhaps or by avoiding American Girl dolls altogether as a protest against non-biodegradable, capitalistic excess.

Hammond seems to leave out a lot of great information from the American Girl ‘Smart Guide’ "books."

Having the American Girl company undermine girls by telling them it might not be all that great to grow up as a woman is a little bit like having a Rent-a-Santa showing up drunk to a kids’ party, yelling about the commercialization of Christmas. It just doesn’t fit with the image.

For example, the National Institutes of Health notes, in an article titled "Fertility Counseling for Transgender AYAs," that "the decision to transition has significant lasting implications, some of which adolescents and young adults may not yet be ready to evaluate on their own. Cross-sex hormones have many long-term effects, including potential impairment of future reproductive functioning" (emphasis added). 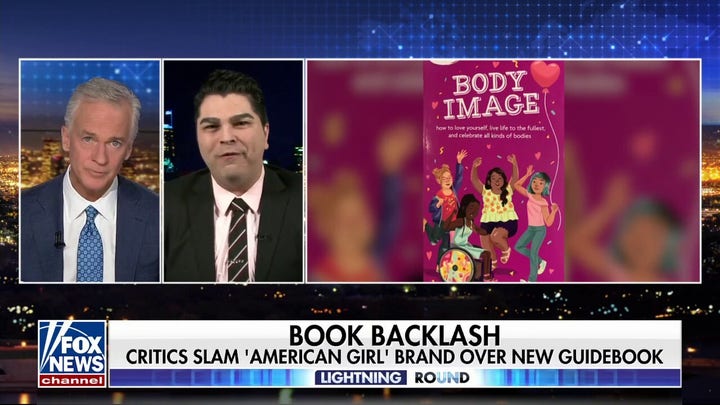 So …. Puberty blockers taken at a critical point in human development can end a child’s fertility. Never having grandchildren is a high price to pay for parents who picked up a book from a toy store.

Having the American Girl company undermine girls by telling them it might not be all that great to grow up as a woman is a little bit like having a Rent-a-Santa showing up drunk to a kids’ party, yelling about the commercialization of Christmas. It just doesn’t fit with the image.

One wonders when the last time the woke executives at American Girl visited the temple of pink that sells their wares. The cloying sweetness of what passes for fashion at the American Girl locations isn’t for every child. But I’ll admit to being a former customer.

American Girl dolls were more for "girly girls" as the old saying goes. And there was nothing wrong with that, until now apparently.

Philosopher and organizational expert Charles Handy writes: "The moment will arrive when you are comfortable with who you are, and what you are– bald or old or fat or poor, successful or struggling –  when you don't feel the need to apologize for anything or to deny anything. To be comfortable in your own skin is the beginning of strength."

Getting to that place is hard for everyone. C’est le vie.

Underneath the hubris of a toy manufacturer trying their hand at social engineering is a cynical abuse of the nature of childhood itself, in which children look to adults to help them understand themselves and the world. But American Girl customers were not clamoring for this kind of content, it was their critics. I hope those same critics are prepared to buy a lot of toys because I’m out.

The American Girl doll company has now pushed a book telling young girls that when they are uncomfortable, they should consider pursuing what can be unfixable changes to their bodies. Has anyone noticed that if young girls are sterilized by puberty blockers, the only baby they may ever have as their own is an American Girl toy?