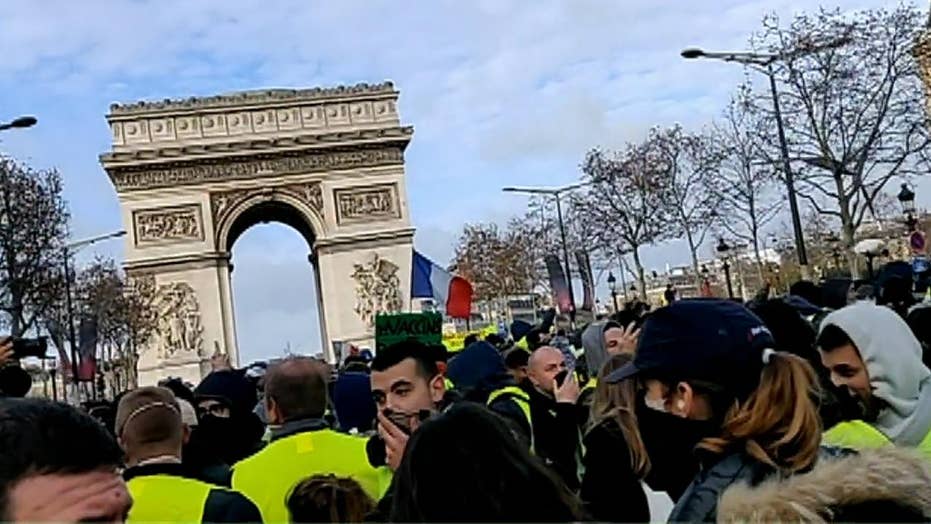 The European elites can’t be happy with what is happening in France.

Over the last month, hundreds of thousands of angry French citizens have joined in “yellow vest” protests, initially sparked by proposed carbon taxes on fuel. This weekend, protester turnout was down, but the violence was up.

While the destructive rioting should be deplored, the underlying problems that led to this moment should not be ignored.

French President Emmanuel Macron once heralded as a visionary “centrist” leader who would pull France and the world into glorious modernity, now finds himself in hot water.

Macron once mused that France may need a king, and others compared him to Napoleon.

But as Abraham Lincoln once said to bumbling Union Gen. Joseph Hooker, who incautiously spoke about setting up an American dictatorship: “Only those generals who gain successes can set up dictators.”

The praise of Macron as a transformative leader now seems premature.

Just last year, President Donald Trump pulled the United States out of the Paris Climate Accord, saying that he would put “no other consideration before the well-being of American citizens.” He also vowed to reject an agreement that would force taxpayers to “absorb the cost in terms of lost jobs, lower wages, shuttered factories, and vastly diminished economic production.”

The media blasted Trump for his decision while praising Macron, who enthusiastically endorsed the climate pact. Rubbing his thumb in Trump’s eye, Macron went on to campaign on the pledge of “Make Our Planet Great Again.”

It didn’t work out well for Macron or his country. His approval rating has plunged to 23 percent—less than half that of Trump. And Paris is literally burning

As for the climate agenda Macron so warmly embraced: it is turning to ashes as well.

The green agenda bills itself as a movement to save the planet and fight inequality. But in truth, its anti-carbon policies fall hardest on middle class and working class people who can’t afford sky high energy costs and may lose their jobs in industries that the Greens want to put out of business.

Increasingly, however, those hit hard by these policies are realizing that the environmentalist piety projects of the well-to-do also just so happen to make them even more well-to-do in the process.

Revenues from France’s carbon tax were set to subsidize green industries like wind and solar, even as Macron began shuttering 14 nuclear of the nation’s 58 power plants.  The Green God of Paris also aims to shut all French coal plants by 2022.

Climate crusaders like Macron may say it’s all about saving the world and stopping climate change, but the process always involves funneling tons of money from constituencies they don’t like to ones they do.

In other words: Crony capitalism.

Unfortunately, there is no shortage of people who want to import this disastrous agenda to the United States, even as it immolates Europe. It’s already on its way in California and perhaps in Congress through the so-called Green New Deal proposed by Rep.-elect Alexandria Ocasio-Cortez, D-N.Y.

The events in France should serve as an early warning for Americans about the costs of ignoring the forgotten man.

The yellow jacket protests are over more than just a single, obnoxious tax. They arise from the failure of Western leaders, like Macron, to look out for the interests of their people as a whole instead of just their favored classes.

The enraged, resentful citizens in the streets of Paris and rural roads of the countryside have no interest in crowning a new king. But they are fed up with paying ever-rising climate taxes so their “betters” in the drawing rooms of Paris and Brussels can feel good about themselves and pad the wallets of their business cronies.

America has fortunately set another course—one toward prosperity and away from the stifling, job-killing energy policies that have left Paris with boarded up shop windows and tear gas wafting down the Champs-Elysées.