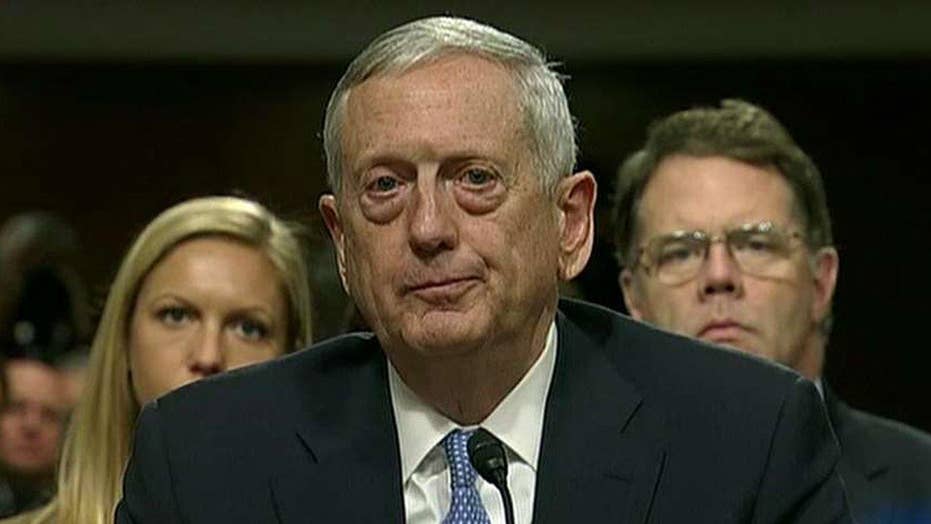 This week retired US Marine Corps General James Mattis will face the US Senate during confirmation hearings to become our next Secretary of Defense. If confirmed, Mattis will be the CEO of the largest workforce and most complex bureaucracy on the planet.

Several years ago, I met General Mattis while writing a book about how leaders need to fight the immediacy of technological connectedness and take the time to think and reflect more deeply.

While Mattis had no specific cure for the immediacy afforded by technology, he looked back at the harried months leading to the war in Iraq, where he led a large part of the ground invasion. He soberly told me, “Eventually you can answer all your e-mails, run hither and fro from meeting to meeting; you can attack a country and pull down a statue, and then say, ‘Now what do I do with it?’”

I could not know then the tremendous impact he would have on my way of thinking as a strategist and leader. And while I have never served in uniform, here are four lessons General Mattis taught me about leadership.

1. Take the Time to Think and Reflect

Mattis values the time to be alone to think deeply, and he sees time spent in reflection as important for our national security.

He taught me to be comfortable being alone with my strategic thoughts, noting how leaders manage their personal time for reflection is what makes or breaks them. “Lack of reflection by senior leaders is the single biggest deficiency we have in the military today,” he said.

2. Read Often and Read Your History

Mattis had a legendary library that once traveled the world with him—at one point, it featured almost as many titles as Thomas Jefferson sold to help create the Library of Congress.

Mattis would have those in any chain of his command read from a selection of these books.

Mattis taught me that leaders should never stop reading and humbling themselves before the next great idea, while grounding their thinking in the context of history that envelopes all decisions they will ever make.

3. Get the Right Inputs or You’ll Get the Wrong Outputs and Ideas

Mattis and now retired U.S. Army General David Petraeus taught me that the leader who allows divergent thinkers in the room gets you to a breakthrough strategy and the right big ideas.

Mattis and Petraeus jointly commissioned an unprecedented revision of the Counter Insurgency Guidance during the Iraq War. With their guidance, troops in both Iraq and Afghanistan obtained a bold new set of ideas that they could take to the battlefield.

“The problem [with revising the Counter-Insurgency doctrine] would have been if you only had people working the content who knew infantry, the cockpit of a plane, or the bridge of a ship,” he said. Adding a historic perspective, Mattis continued, “You need people who have studied the human condition, and who have studied war . . . and have spent as much time reading Nelson Mandela or Marcus Aurelius as they have spent on their tactics books.”

4. Empathy and Trust Are the Glue That Binds

Mattis taught me that trust is fragile—and it can only be delivered by leaders who can put themselves in the shoes of those they lead.

Having studied war his entire adult life, Mattis understands that trust binds a solider to his or her leadership. “The more you fight, the more you realize you must have an institutional cohesion that allows you to implicitly trust those under your command. Instilling trust is still difficult because war has so much fear and fatigue associated with it. The veneer of civilization gets rubbed off,” Mattis stated.

As he prepared troops for the ground war in Iraq both mentally and physically, he never shied away from revealing the most disturbing possibilities.

He communicated to his troops frankly saying, “We’d talk about what it was going to be like if the troops got what we called ‘slimed’ or coated with chemical weapons.

I told them you’re going to have to fight what we called ‘dirty’ for 24 hours.” “Dirty” referred to the troops possibly needing to defecate inside their own suits as they allowed time for the chemicals to dissipate.

Mattis then told the troops to think about what they would need to do after a chemical weapons attack.

After the troops came back to base, he said they would take off their suits, put them in a pile, and then burn them.

Ever a warrior as much as a thinker, Mattis advised: “We’re going to clean you and your vehicles. We’re going to give you all new gear, and then we’re going to send you back to kill the people who did it to you.”

Daniel Patrick Forrester is the CEO of the consultancy THRUUE Inc. He is also the author of Consider: Harnessing the Power of Reflective Thinking in Your Organization. For more information please visit http://www.danielforrester.com.