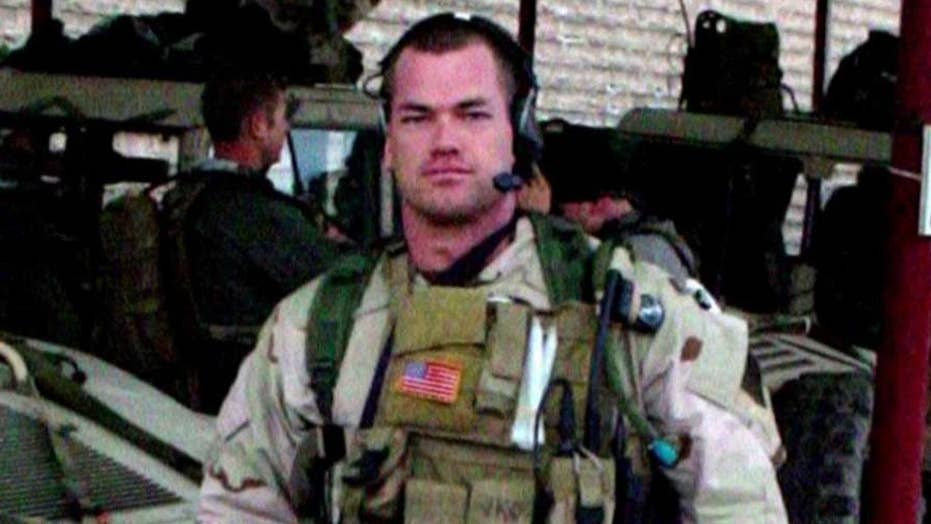 When I was a boy, I remember I would sometimes see veterans. Sometimes in a documentary or some kind of history special on television. Sometimes at a parade or some other kind of local event. Sometimes it would be a friend of my parents or grandparents that had served. Sometimes it was even just an old picture in a book or painting of a combat veteran hanging on a wall.

It didn’t matter what form I saw them; these veterans would always impress me. They would conjure up visions of glory in my young mind.

After all, in the movies, it was mostly glory.

At least that’s what I saw.

And when I saw combat veterans, I would see the look in their eye – the thousand-yard stare of the infantryman – the cold look of a man that had seen too much. Even as a boy, somehow, I envied that look.

I would see the veteran’s uniform. Sometimes it would be the crisp and clean, sharp dress uniform that emanated pure discipline. Other times it would be old, worn combat fatigues, that reflected harsh combat tours. Oh, how I wanted to don those uniforms and be at once a symbol of iron discipline and at the same time an image of fierce independent will.

Of course, I would also see the medals on the veterans’ chests. Since I was too young to truly understand what they meant, for me, they were symbols of heroism and pride and a display of what they had accomplished. My boyish eyes could hardly look away from those colored ribbons and their shiny accoutrements.

Predictably, those young, naïve thoughts guided my direction in life. I enlisted in the navy, determined to one day become one of those veterans I so admired. To get that look in my eyes. To wear those uniforms. To serve with pride as my idols had.

When I arrived SEAL Team One in 1991, I had to go through a check-in process. I had to get an issue of gear from the supply department. I had to turn over my personnel record to the administration department. Lastly, I had to meet with the leadership of the team, including the commanding officer, the executive officer, and the command master chief. Needless to say, it was very intimidating for a young sailor, fresh out of BUD/S, or Basic Underwater Demolition/SEAL training.

At that time, there were still some Vietnam Veterans in the SEAL teams. Our executive officer was one of them. A legendary Vietnam SEAL that I had seen pictures of in books when I was a boy. As required, I went to check in with him.

He was, to my young eyes, one of the oldest people I had ever seen in my life, and certainly older than I imagined a SEAL would be; this meant he was probably in his mid-40s – likely a few years younger than I am now. He was wearing his navy working khaki uniform, which requires the ribbons that represent awarded decorations be worn above the left breast pocket, with the gold SEAL Trident insignia above the rows of ribbons. In this case the rows of ribbons were stacked so high, that they forced the executive officer’s SEAL trident upward, towards his shoulder, until it remained partially hidden underneath the collar of his khaki shirt. I had never seen so many awards on one man in my life. I looked at him in awe. I was beyond impressed. I was mesmerized. But, I was also envious and jealous. Yes, in my young, immature mind, I couldn’t help but think: He is so lucky to have done what he has done! I wish I had a war to fight!

Eventually, I got the callow wish for which I had hoped. My generation’s war started on September 11th, 2001. Since that time, there have been vast numbers of awards bestowed upon our nation’s soldiers, sailors, airman, and Marines.

But I am no longer envious of the awards I see on the chests of our military men and women. I am older now. I have been to war. I know that each little dangling piece of metal was paid for at great cost in blood and sacrifice. I know that many of those awards came in combination with fallen comrades. I know that for almost every decoration that adorns the chest of a service member, there are also mental and physical scars that will forever ache.

And yet America’s veterans hold their heads high. They fight on through the pain of loss and find new missions and continue to serve in our military or in the civilian sector. Older generations of veterans protected and then built our great nation. This current generation of veterans is doing the same.

The young boy I was didn’t understand war. How could I?

I know that our nation’s servicemen and women put duty to country above themselves.

I know that they serve not for medals or glory – but for a cause greater than themselves: Freedom.

I know that when our nation called, they answered.

Generations of veterans have stepped up and held the line against evil in the world.

And to that, I am eternally grateful.

So. To all of those brave souls that protected – and continue to protect – this beacon of light and freedom that we call America, I say, simply: Thank you.