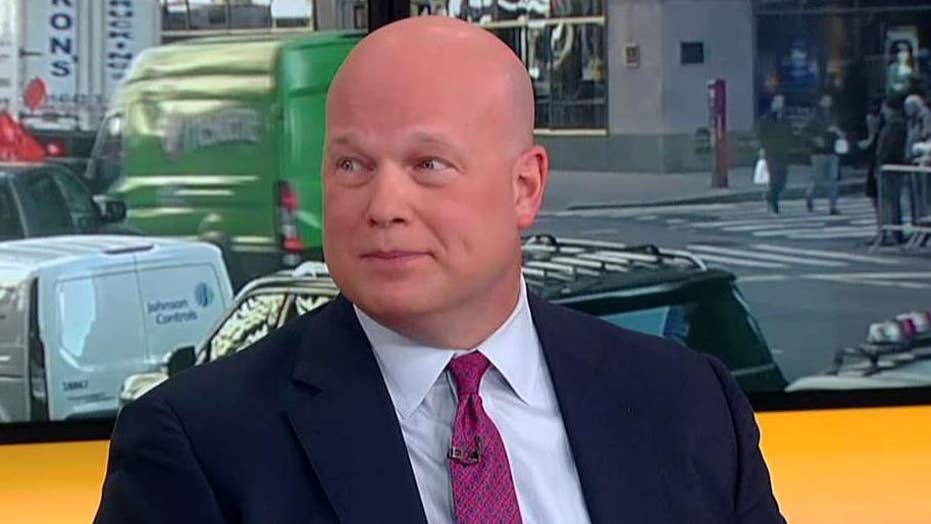 Matthew Whitaker on why Senate trial shouldn't have witnesses

Former Acting Attorney General Matthew Whitaker and the 'Outnumbered' panel debate if the Senate impeachment trial should have additional witnesses.

As the former acting attorney general of the United States and as an attorney who has tried cases – both civil and criminal, prosecution and defense – it strikes me that the Senate impeachment trial of President Trump looks different and is fundamentally different from anything I have ever seen.

There is no crime alleged in the articles of impeachment. In a typical criminal trial, the prosecutors (in this case the House managers) explain what they expect the evidence to show and how it proves the elements of the crime alleged.

Here, there is no crime alleged, so it is difficult to determine the implications or purpose of the alleged facts. This requires the jury (in this case, senators) to essentially determine whether

the facts alleged are so egregious that they rise to the need to remove the duly elected president of our country from office.

The senators’ task is made even more difficult because the House investigation is so incomplete that House impeachment managers believe new witnesses should be called to testify in the Senate. Anyone of fair mind and reason knows this is purely for political theatre.

The underlying facts do not change. The transcript of the July 25 call between President Trump and Ukrainian President Volodymyr Zelensky was released by the White House early on in the process. The House ran a quick and dirty pell-mell investigation that did not call any witnesses who didn’t voluntarily appear – and this is only the fault of House Democrats.

The Democrats should not expect the Senate to now conduct their investigation for them, calling witnesses to testify for the first time, such as former National Security Adviser John Bolton and Acting White House Chief of Staff Mick Mulvaney.

By not alleging any crime or other violation of law by the president, the House’s case is so weak that it should be dismissed upon the completion of the presentation by the House managers.

The law is the bedrock of our constitutional system of justice. A violation of law, especially criminal law, is certainly something for which a president could be impeached.

The 55-day hold on U.S. military assistance to Ukraine while President Trump determined whether a new administration in Ukraine was corrupt is well within the powers of the American president. This action is not an abuse of power as the first article of impeachment alleges. It is not a violation of law and certainly does not justify the president’s removal from office.

The second article of impeachment, which accuses the president of obstruction of Congress, is ridiculous and needs to be immediately dismissed. The House subpoenas for witnesses and documents for its impeachment inquiry were not properly authorized.

House Democrats could have – and should have – gone to court to enforce their subpoenas if they believed they were properly authorized. This is the way our system is designed to work and how it works.

If Congress really wants to compel the testimony of a witness, Congress must go to court and seek an order to compel such witness to appear. Congress could also try to enforce its legal process by sending the sergeant-at-arms to arrest witnesses and put them in “Congress jail,” which is a real thing.

All 100 senators are not treacherous and are not unpatriotic by controlling the proceedings in their chamber. The House impeachment managers’ slurs against the senators during the presentation of their case has been offensive and again demonstrates the true political purpose of the proceedings.

When you see the president’s team present their case starting Saturday, these absurdities will be obvious. We should let the American voter decide whether President Trump gets a second term. Not Congress.