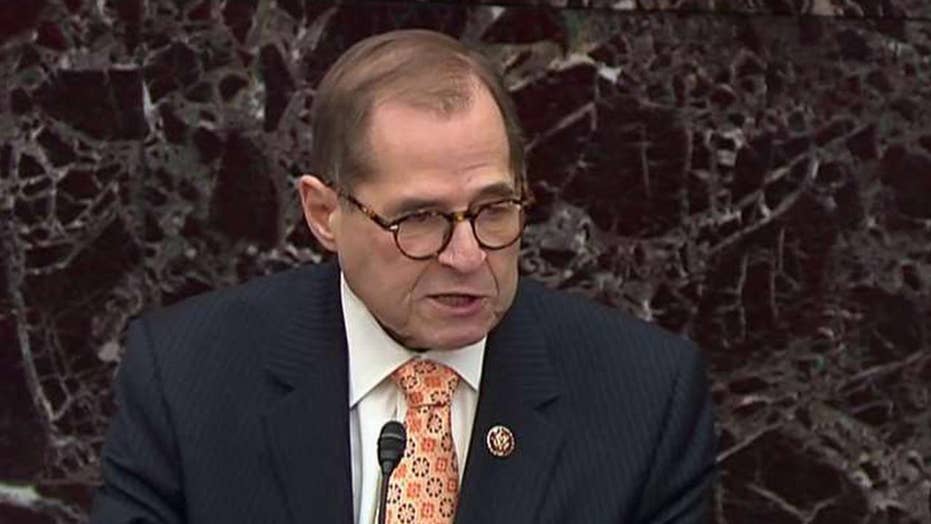 Three exhausting days of opening statements from the Democrats prosecuting the case against President Trump drew to a close with fireworks Friday evening as impeachment manager Rep. Jerrold Nadler, D-N.Y., labeled the president a “dictator” in fiery remarks.

"He is a dictator,” Nadler said Friday evening, arguing Trump wants to be “all powerful” and not respect Congress. “This must not stand. And that is why -- another reason -- he must be removed from office."

Nadler’s comments came as Democrats were wrapping their opening arguments in the trial, insisting the president tried to “cheat” in the 2020 election through his dealings with Ukraine and should therefore be removed from office.

Meanwhile, the president’s team of lawyers have vowed to lay out an aggressive case in defense of the president when they begin their opening statements Saturday morning.

“It's not a rebuttal, but what we are going to do is attack, attack all of the misstatements,” Trump lawyer Jordan Sekulow previewed Friday on “Fox and Friends.”

A source on the president's legal team told reporters they expect the sessions to be short, possibly between 2 to 3 hours. They suggested it will be an "overview of coming attractions" with the "bulk" presentation coming on Monday. That's when this source says they'll get into the "nitty gritty" 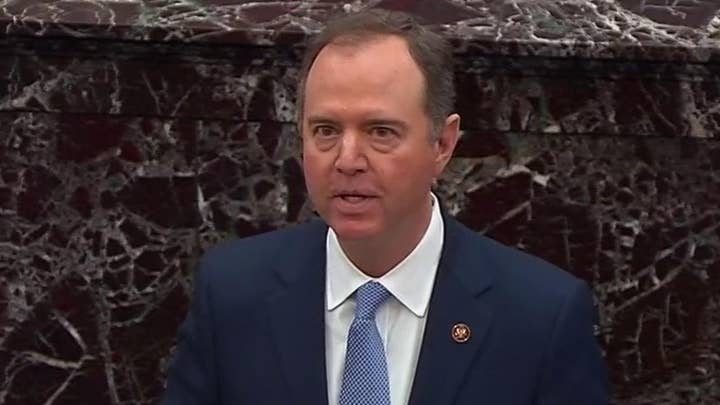 Asked how much the Trump defense team will talk about the Bidens, the Trump legal team source said that the House made them part of the case, so "we'll have to be addressing that."

In their final day of arguments, Democrats argued that Trump obstructed Congress by thwarting the House inquiry into his efforts to seek foreign intervention in his reelection bid by asking Ukraine to dirty up Joe Biden, and his son, Hunter Biden, with investigations.

"There's a toxic mess at 1600 Pennsylvania Avenue, and I humbly suggest that it's our collective job on behalf of the American people to try to clean it up," Rep. Hakeem Jeffries, D-N.Y., said. "President Trump tried to cheat. He got caught and then he worked hard to cover it up."

Earlier Friday, anticipating a possible showdown with the White House, Democrats argued that Trump cannot conceal documents and block witnesses from testifying in his trial by invoking executive privilege.

“That's nonsense,” Rep. Adam Schiff, the lead impeachment manager, said before taking the Senate floor for the third day of Democrats laying out their case against the president. “This is not a trial or a speeding ticket or shoplifting -- this is an impeachment trial involving the President of the United States.”

Republicans wanting to shut down the impeachment trial without calling new witnesses have warned that Trump could invoke presidential privileges and set up a protracted legal fight that would take too long. They argue that if the House had such a strong case to impeach Trump, they wouldn't need the Senate's help for testimony. 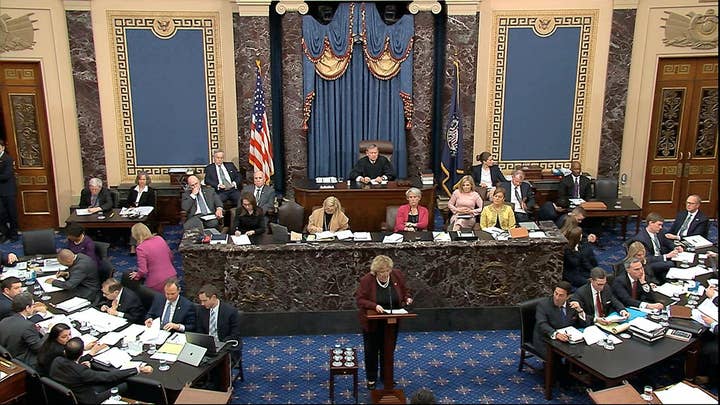 On the final day of their opening arguments before the Senate, Democrats, however, continued to press for votes to call four witnesses and subpoena Trump administration documents the White Housed had failed to turn over.

“The American people overwhelmingly want to hear what they have to say,” Schiff, D-Calif., said. “Now, unlike in the House where the president could play rope-a-dope in the courts for years. That is not an option for the president's team here.”

Schiff argued that with Chief Justice John Roberts presiding over the trial, the issues of executive privilege could be decided quickly on the spot.

“You cannot use executive privilege to hide wrongdoing, or criminality, or impeachable misconduct,” Schiff told reporters.

Republicans are seeking to avoid the issue of witnesses altogether by using the power of their majority to shut down efforts by Democrats to call former national security adviser John Bolton, acting chief of Staff Mick Mulvaney, Office of Management and Budget Associate Director Michael Duffey and White House aide Robert Blair.

Senate Majority Leader Mitch McConnell, R-Ky., is working hard to keep his caucus united and avoid the four defections that would give Democrats a majority vote.

Trump has signaled he would invoke executive privilege to prevent Bolton from testifying, telling Fox News’ Laura Ingraham earlier this month:  “I think you have to -- for the sake of the office.” 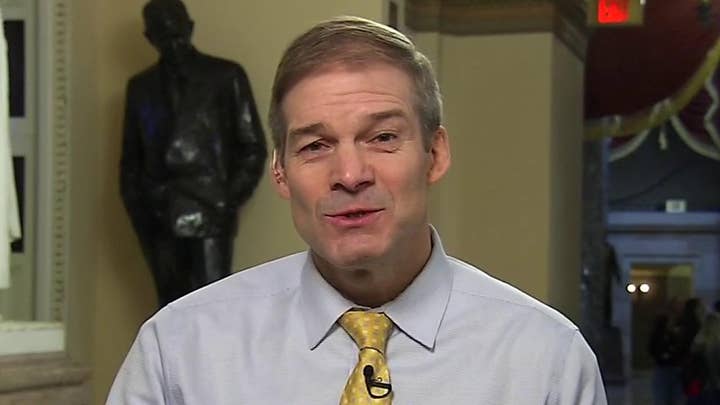 Trump’s lawyers have argued that Trump has a right to refuse to cooperate with the impeachment inquiry because of executive privilege rights. Turning over documents related to national security would be dangerous for the country and undermine the separation of powers at the core of the Constitution, they say.

A claim by the president that executive privilege applies to Bolton could be ruled upon by Roberts at the trial. But Senate rules allow Roberts to instead let senators decide.

The White House does not have effective control of former officials -- like Bolton -- because such individuals are not formally subject to the direction of the president or other superior executive branch officials.

On the other hand, Bolton might defer to an objection by the president’s lawyers and decline to answer any questions regarding conversations he may have had with Trump and others at the White House.