Trump says he has no plans to fire Mueller

A Florida Republican lawmaker told the Todd Starnes Radio Show that he stands by his fear that the nation could be at risk of a coup at the hands of special counsel Robert Mueller.

“What’s most troubling (is) we see an action plan with Peter Strzok and his mistress to undermine the duly elected president,” Rep. Matt Gaetz said. “That is the definition of a coup and that’s what we are fighting against.”

He was referring to hundreds of scurrilous text messages between the demoted FBI agent and FBI lawyer Lisa Page. Of particular note was a text message that seemed to reference an “insurance policy” just in case Trump won the presidency.

“I want to believe the path you threw out for consideration in Andy’s office — that there’s no way he gets elected — but I’m afraid we can’t take that risk. It’s like an insurance policy in the unlikely event you die before you’re 40,” Strzok wrote. 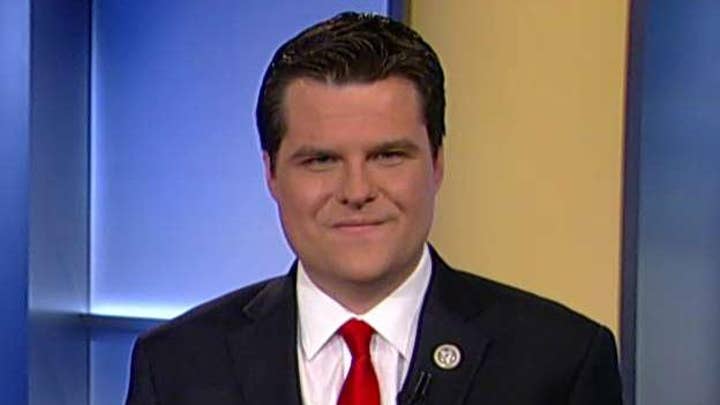 Gaetz called on congressional Republicans to “treat this sham of an investigation with the seriousness it deserves.”

“This is an organized effort to undermine the president of the United States for political purposes,” he told the Todd Starnes Show.